The floating prototype of the UPV, the most awarded at the European Hyperloop Week 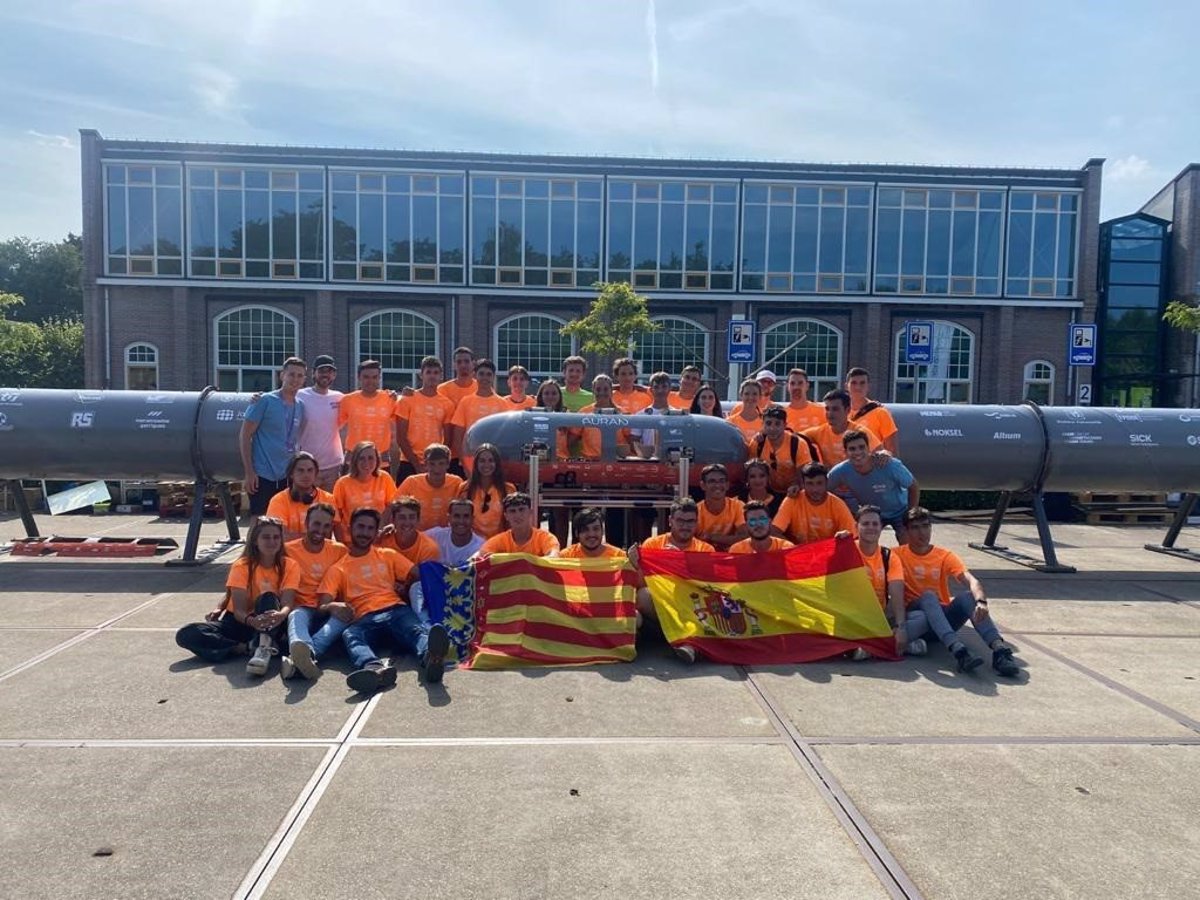 The participation of Hyperloop UPV – the Spontaneous Generation Team of the Universitat Politècnica de València – in the European Hyperloop Week in Delft (Netherlands) was “a real success” as the Auran prototype, a hovering vehicle, has won four of the six prizes, for which he has decided in this competition.

In addition, due to the highly scalable offer, Auran has attracted the interest of other teams and professionals in the sector, the Valencian university points out in a statement.

The European Hyperloop Week is currently the most important event related to the transport of the future on an international level, in which a total of 23 teams from all over the world took part.

The UPV team’s proposal won the awards for the best controlling subsystem, the award for the prototype with the best scalability; the Ingenuity Award and the Thermal Management Award, a result that meets the team’s expectations.

In order to achieve everything that was proposed and to make it known to the technical jury, the team took part in the presentations of systems that make up the project, which were very well received, registering the speech with the most spectators of the whole Competition: the presentation for the Complete Pod Award.

The biggest milestone was the test in the Hardt company’s vacuum tube, during which a prototype floated in a vacuum for the first time in history. The jury personally congratulated the team on the challenge.

The reward of the year came on the last day of the competition when the companies Würth Electronic, Swisspod and Zeleros presented the team with the awards “Best Thermal Management”, “The Ingenuity Award” and “Most Scalable Design”. In addition, the technical jury decided to present the Best Guiding Award, which rewards the electromagnetic levitation and guidance that Auran has integrated.

Hyperloop UPV has created an innovative interior design for Auran in its workshops, offering the passenger privacy and intimacy, as well as a key infrastructure for the development of this technology: a 20-meter-long tube weighing 10 tons, for which the vehicle circulates in the EHW .

The vehicle also features a linear induction motor, which allows the motor itself to accelerate and brake without having to touch the track. In addition, Auran is the “safest prototype in the history of the Hyperloop UPV”, they emphasize from the academic institution.

Hyperloop UPV is part of the Spontaneous Generation program at the Polytechnic University of Valencia, a unique initiative at the Spanish university.

To continue with projects like the ongoing one, the crowdfunding campaign will continue, allowing them to get resources to add more achievements.

Thanks to the donors’ contributions, the team will achieve greater stability and focus more on the technological development of the Hyperloop supersonic train, the sustainable initiative for the transport of the future.

Contributions, individuals or companies, can be submitted on the gohyperloop.upv.es website, developed as part of the actions of the UPV Patronage Office; Donations are tax-advantaged according to the Spanish Patronage Act.

Previous articleUwe Seeler
Next articleFinal “The Bachelorette”: SPOILERS! Does Sharon’s mother think her decision was a mistake?