The first Ukrainian refugees from Moldova landed in Frankfurt 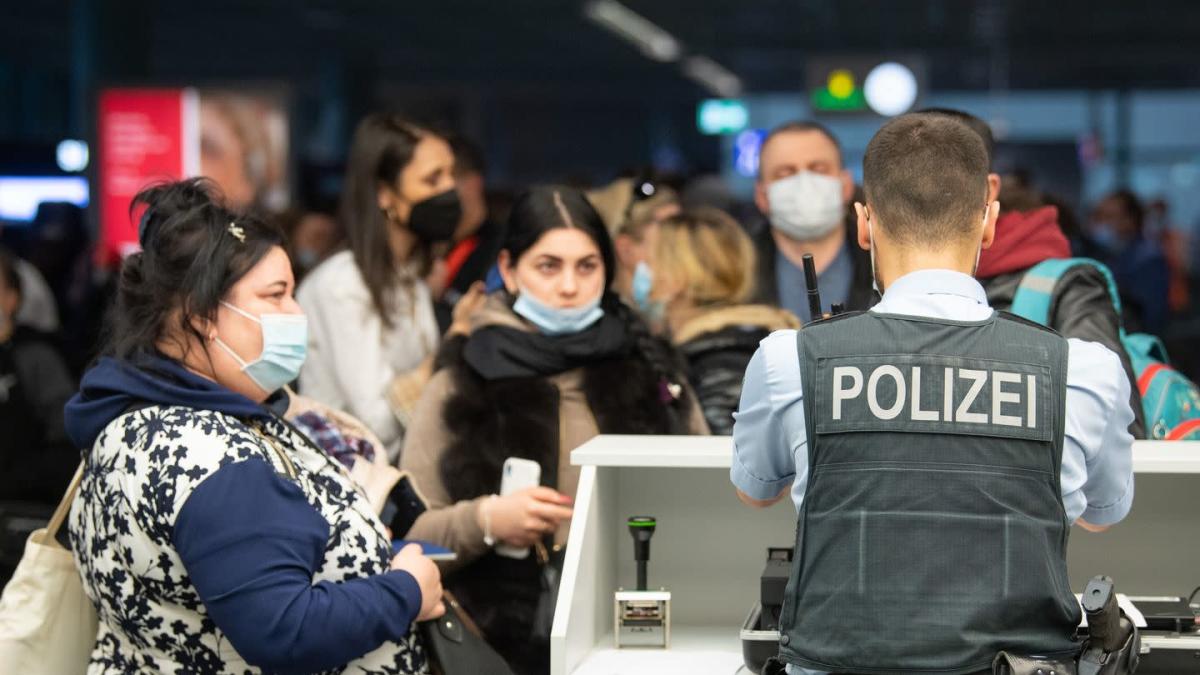 Frankfurt am Main (dpa) – For the first time, a plane has brought Ukrainian refugees from Moldova directly to Germany. Around 130 people, mostly women and children, landed on a plane at Frankfurt airport in the evening.

That was the beginning of the federal government-initiated international airlift for people who had fled to countries neighboring Ukraine, which was under attack by Russia. Foreign Minister Annalena Baerbock (Greens) and Federal Minister of the Interior Nancy Faeser (SPD) greeted people at Germany’s largest airport.

These were to be bused to Bitburg in the Eifel region of Rhineland-Palatinate for initial reception. According to Faeser, the federal state had agreed to take in the refugees. Due to the Russian attack on Ukraine, millions of people are fleeing to the west.

Germany had offered the Republic of Moldova, Ukraine’s smaller and economically weaker neighbor, to host up to 2,500 refugees directly. Other federal states also accepted the initial admission.

According to the statement, Foreign Minister Baerbock said she recently spoke to people in Moldova on the Ukrainian border “who had to flee Russian tanks with their children and some things and had to leave their whole lives behind.” She there she announced the establishment of a “humanitarian air bridge”. Her first plane was “a shining sign of humanity in these dark times.” Other machines would follow.

Interior Minister Faeser explained: “Germany can be a center for fair distribution in Europe. In view of the terrible suffering of the refugees, we also want to ensure shorter travel distances, prompt medical treatment and good accommodation.”

Baerbock said “solidarity centers” should also be created in other European countries neighboring Ukraine. These could work with planes, but also with trains, for example from Poland to France, and with buses, for example from Hungary to Croatia. According to the Chancellor, more air bridges should be created. The 27 countries of the EU, as well as the US, Canada and Japan, have pledged to provide protection for war refugees.

Faeser added that the freedom of movement of Ukrainian refugees in Germany was positive. Some of the arrivals were picked up by family and friends at Frankfurt airport. At the same time, this freedom is an organizational challenge: for municipalities, for example, if they do not know exactly how many children will be added to nurseries and schools. A registration at the initial reception as in Bitburg should help here.

State Secretary at the Rhineland-Palatinate Ministry for Integration David Profit (Greens) said that the new refugees in Bitburg in the Eifel should first “rest”. Some also brought pets. Profit emphasized: “We cannot sit still while there is a war in Europe.”