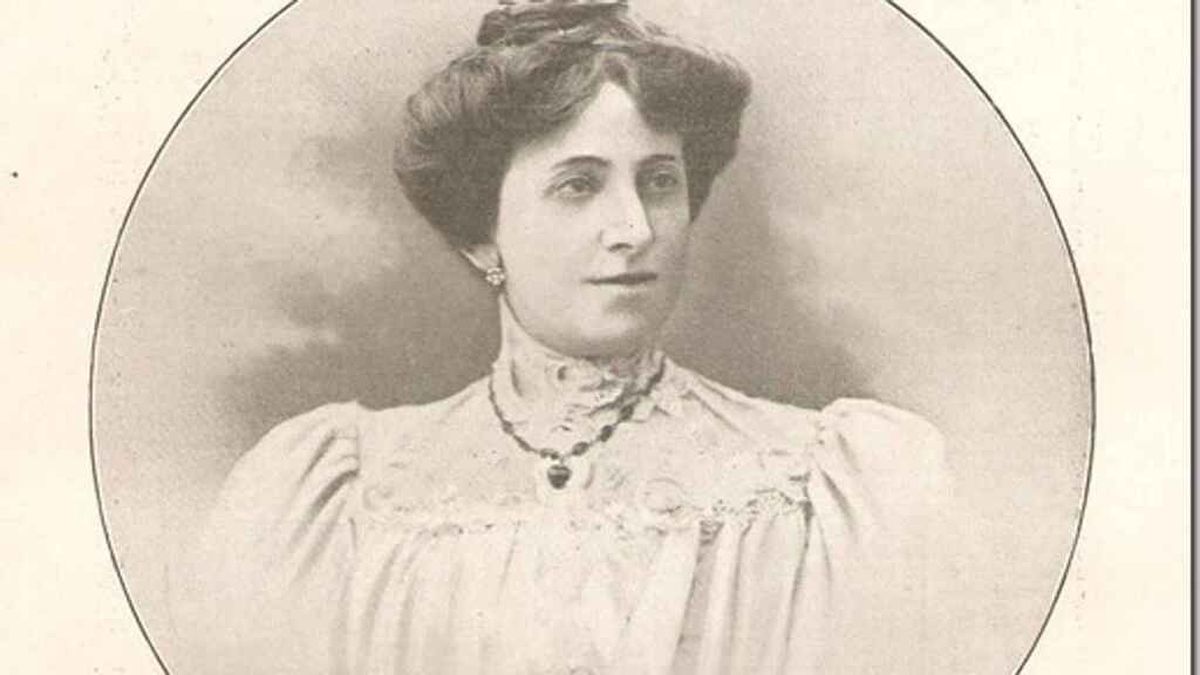 Little, just four brushstrokes, is known about the biography of Rafael Luna, a writer of the second half of the 19th century who published mainly in the press. Born in Salamanca in 1833 to a Charro mother and a Cádiz father, he was a strong supporter of republicanism. His education and interests are unknown, although he must have been a cultured man: he was fluent in Latin and French, and practiced all literary genres, from short story to essay, poetry, theater and newspaper articles. He was someone with forward-thinking ideas for his time, so much so that he wrote lyrics for equality between women and men and penned the first Spanish novel openly criticizing prostitution: Mary Magdalene (Social Study). Told from the point of view of a 15-year-old girl who is captured by an old pimp, it is a “naturalistic” tale that questions the humiliation and hypocrisy of a legal practice that asks, “And that’s written? And is that tolerated? And that turns from crime to necessity? From vice to law? And men announce it? And do societies encourage it? And the governments approve it?

Along with all these data, another detail from the author’s life has emerged: Rafael Luna actually was Mathilde Cherner.

Mary Magdalene 1880, a year earlier, sees the light of day the disinherited, the first title in the cycle of contemporary Spanish novels by Benito Pérez Galdós, which tells the story of Isadora, a young woman full of hope who emigrates to the big city, where she ends up working as a prostitute and in prison. Left behind as an orphan and ready to commit suicide when she finds herself alone and penniless, La Magdalena de Cherner, always disguised under the male pseudonym, ends up being killed by La Celestina, a pimp known to all students of von picked up off the street by the University of Salamanca – regular customers – who force them into prostitution for years before their fortunes change, not necessarily for the better. Written as a diary, the novel delights less in the descriptions of events and more in the thoughts and emotions of the protagonist, an intelligent person who, due to her isolation, is first nicknamed Solita and later that of Aspasia, like the Athenian teacher.

A message at the beginning of the first edition of the novel (digitized in the National Library of Spain) indicates that Cherner published it himself: “It is available in the main bookshops throughout Spain at the price of 10 reais. Orders are sent to (sic) its author, Calle de La Palma Alta, No. 21, quarter 3″. At the same address, they found the writer dead a few months later at the age of just 47. Such excitement meant raising a taboo subject like prostitution that it was thought she had committed suicide. It wasn’t true: it was later revealed that the cause of death was a ventral aortic aneurysm. However, in the book’s prologue, she herself admits that she waited several years for her pseudonym to gain some notoriety to dust off this story, an action she describes as “boldness”. And he adds resignedly: “If this book would see the light of day in France […]I would travel the world.”

The truth is that not only did the book not go around the world, it fell into oblivion. It was discontinued from the first edition and only saved a few months ago by thornsa young publisher that published erased titles by women such as Dostoyevsky, my husband, by Anna Dostoyevskaya and the social novel white sun, by Mercedes Hair by Carbonera. In 2020, Seix Barral has already published another novel by Matilde Cherner, sunset and dawn, a history of court conspiracies at the end of the life of Charles II the enchanted one, which originally came out in installments. “The literary canon has historically been represented by male, mostly white, writers who have decided which major themes to focus on,” Espinas publishers defends on its website. “Today, literature is undoubtedly feminized. There are many women authors who are already writing pages for newspapers and magazines. However, the story they tell us remains unchanged.”

With a prologue by Mabel Lozano, director of documentaries denouncing the exploitation of women, Mary Magdalene opened a debate in Spain two hundred years ago that is still ongoing. As Lozano points out in his text, like the story’s protagonist, “Thousands of women and minors in the world become prostitutes due to a lack of resources, the violence they suffer and the lack of tools that allow them to survive forced.” . It is a transcendent but buried theme that Cherner wanted to make visible before everyone else: “What we are offering the public today is not a real novel,” he emphasized in the prologue. “It is a book the important subject of which has long demanded the attention of sages and philosophers, and that another pen, more authoritative than ours, should be drawn upon to deal with it.”