The first of its kind in the world. Dubai Police Invent New Male Genetic Fingerprint 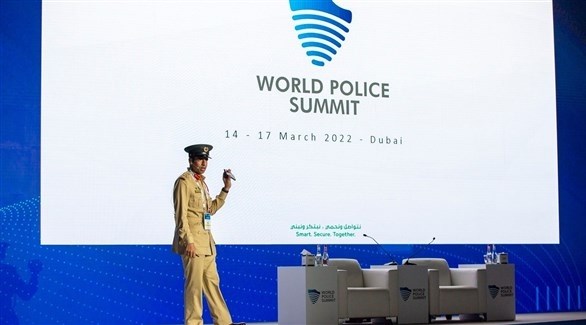 The Dubai Police General Command announced a new achievement, the first of its kind in the world, achieved by the scientific team of the General Department of Forensic Evidence and Criminology, represented in obtaining a patent from the World Property Organization Intellectual (WIPO) for strong and precise ultra-micro solutions compared to their counterparts in the field of male genetic fingerprinting.

It targets 26 rapidly rotating genetic sites with 99% accuracy and helps detect criminal cases, including rape cases and missing persons, by examining weak and decaying samples, as well as identifying victims of natural disasters.

This came on the sidelines of the World Police Summit, which will take place from March 14-17 at the Expo 2020 Dubai fairgrounds, under the patronage of Sheikh Mohammed bin Rashid Al Maktoum, Vice President of the UAE, Prime Minister and Ruler of Dubai.

Dubai Police Commander-in-Chief Lt. Gen. Abdullah Khalifa Al-Marri said that reaching precise solutions in the field of male DNA, targeting 26 rapidly rotating genetic sites with 99% accuracy, is a scientific achievement that is the first of its kind in the world, achieved by the scientific team of the Department The General Directorate of Forensic Evidence and Criminology, which contributes to the detection of criminal cases, especially sexual cases, highlighting the enthusiasm of the Dubai Police General Command to keep up with government instructions to implement the highest standards of excellence and leadership in various fields of security and policing.

He added that the Dubai Police spare no effort in developing human cadres and supporting them with the best skills through a qualification policy that is in accordance with a scientific methodology that raises the level of performance and efficiency, highlighting the need to consolidate knowledge and the scientific theories that the graduate acquires from his studies in practice, and constantly develops and updates the work through scientific research studies and supports it with practical applications.

Lt. Gen. Abdullah Khalifa Al Marri explained that Dubai Police experts were able to harness scientific results and their experience in developing workplaces at all levels, in a way that meets the aspirations of the Police General Command. of Dubai to be distinguished security. institution, appreciating the ability of the General Department of Criminal Evidence and Criminology to discover facts and facts In complex cases, keep abreast of the latest scientific findings in the field of crime detection and acquire all relevant technologies.

For his part, Lieutenant Colonel Dr. Rashid Al Ghafri, Director of the Training and Development Department of the General Department of Forensic Evidence and Criminology, thanked His Excellency Lieutenant General Abdullah Khalifa Al Marri, Commander-in-Chief of the Dubai Police, for his constant support of various ambitious ideas and projects in various criminal fields, and for his continuous encouragement of creativity and innovation.Excellence in the realization of various projects, and the creation of ideas and innovations outside the box, which contributed to achieve this overall. achievement, highlighting that the team worked hard to achieve this qualitative achievement, which adds to the achievements of the Dubai Police in all fields.

He explained the importance of this scientific invention and its role in detecting cases of sexual assault and rape, showing fingerprints in decomposing and weak samples, quickly identifying the origin of unidentified samples and determining their geographic location, and revealing the identity of victims of natural disasters. through precise solutions targeting 26 rapidly rotating genetic sites in the fingerprint. Male genetics is 99% accurate, compared to its earlier counterparts that focused on fewer genetic sites, indicating that the scientific team was able to obtain a patent, and this is one of the most important results underpinning the genetics systems. I work in crime labs in the field of genetic fingerprinting.

The activities of the second edition of INTERPOL’s Global Program for Young Police Leaders, within the programs of the World Police Summit, held today under the patronage of His Highness Sheikh Mohammed bin Rashid Al Maktoum, Vice President and Prime Minister of the UAE and Ruler of Dubai, concluded at the Dubai Exhibition Center at Expo 2020 Dubai.

The head of the International Police Organization, Interpol, Major General Ahmed Nasser Al Raisi, had inaugurated the program, which aims to train young leaders in the field of global police cooperation, and introduce them to the importance of international cooperation, since the program allows young people to meet their colleagues from 31 countries around the world who work in this field, which improves communication between them and helps them learn best practices with experts and specialists.

The program was attended by important police figures, including the Secretary General of the Council of Arab Ministers of the Interior, Dr. Muhammad bin Ali Koman, Lieutenant General Tariq bin Hassan Al Hassan, Head of Public Security of the Ministry of the Interior in the Kingdom of Bahrain, Expert Major General Khalil Ibrahim Al Mansouri, Deputy Commander-in-Chief of the Dubai Police for Criminal Investigative Affairs, and Major General Ahmed Thani bin Ghalita, Director of the Al Raffa Police Station, and Brigadier Jamal Salem Al Jallaf, Director of the General Department of Criminal Investigation and Investigation of the Dubai Police.

In his address to the participants, the President of the International Police Organization (Interpol), Major General Ahmed Nasser Al Raisi, said: The INTERPOL Global Program for Young Police Leaders stems from the belief of the International Criminal Police Organization in the importance of communication between police agencies in all member states, to make the world safer, through the exchange of knowledge, experiences and practices to combat crime in all its forms, its variables and its future Crime is taking a internationally, which requires raising the level of effective coordination and communication to improve safety and security in all societies.

He added: Interpol is a global organization that has created an important space for global young police leadership, to learn about the future of crime and its legal links, and the implications of that, and try to envision all these activities related to crime and points of contact and interconnection between them, to prevent and limit them, through international communication between police agencies and their leaders, To improve the presentation of ideas and effective specialized learning, to understand and understand the methods of collection and analysis of information, and to create adequate solutions, due to its great impact on the enrichment of conditional knowledge.

Major General Al Raisi highlighted that the convening of the second edition of the Interpol Global Program for Young Police Leaders is one of the aspects of the fruitful cooperation between the organization and the Dubai Police, since the program, in which young people from 31 countries around the world to participate, it will allow raising the level of cooperation and developing the skills of young people, and they will get acquainted with experts in the field. The program covers many axes related to international communication, the resilience of cities and crisis management.

For his part, Brigadier General Jamal Salem Al Jallaf said: In past periods, the world witnessed a series of important and fundamental challenges in our modern era, some of which were related to public health and others that had political, economic and security implications. links, and these challenges still continue even if their shapes and forms have changed.

Brigadier General Al Jallaf added that these challenges naturally have their impact and consequences on the societies of various countries around the world and, in turn, create new challenges for the police and security agencies, whose main objective is to improve the security of society and provide a high level of security. high-level security services, which enhances the role of young police leaders.

He explained that the approach of the Dubai Police General Command is based on the optimal investment of all kinds of capacities, to prepare young police leaders who are capable and capable of leading the security scene and driving police work to be better. It would combine quality educational experiences, and specialized and academic rehabilitation programs according to the highest standards.

He emphasized that providing all aspects of support to enable police leaders to invest their skills, abilities, high energy and capabilities is at the forefront of leadership priorities, believing in the importance of continuing to learn, providing knowledge and practice, accessing experiences and sharing information, to develop skills and abilities and refine them in a way that helps to rehabilitate them in their working lives and obtain their appropriate roles in the work process.

In the same context, the Dubai Police General Command, with a number of specialized institutions in the fields of training and education related to the scientific field, signed memorandums of understanding, including the University of Birmingham, Elliott Forensic Consultations in the Middle East, Ron Smith and Partners, and Brainwave Corporation.Science, on the sidelines of the world police summit held at the Dubai Exhibition Center at Expo 2020 Dubai, from 14 to 17 this month.

The memorandum was signed by the Dubai Police, Major General Dr. Ahmed Eid Al-Mansoori, Director of the General Department of Forensic Evidence and Criminology, and by the second party, by the University of Birmingham, Professor Tim Jones, Dean and Deputy Director, and for Waliot Forensic Consulting, Dr. Simon Elliott, Consultant Toxicologist and Company Director, representing Ron Smith & Associates, John Baird, Chief Executive Officer, and at Brainwave Science Foundation, Krishna Elka, President and executive director, in the presence of several officials and people from both sides.

Under the memorandums of understanding, the parties will cooperate to develop joint activities in areas of common interest and provide workshops and scientific events related to forensic sciences.