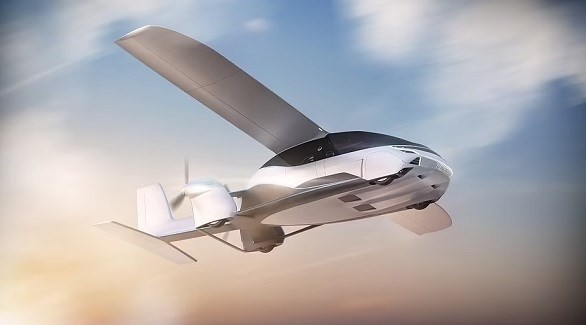 A Slovak engineering company has unveiled the world’s first four-seater flying taxi, which will be operational within five years.

AeroMobil’s second model of the AM NEXT supercar and light utility vehicle is scheduled to launch in 2027 and is capable of switching between the two modes in less than three minutes.

The company expects its air transportation service to save travelers “significant” time when traveling 100 to 500 miles between major cities, and said passengers will be able to enjoy comfort and safety whether traveling for work, leisure or just enjoying the view. AM NEX is an evolution of the AeroMobil 4.0 flying car, which was first presented at the Paris International Air Show held at Paris Le Bourget Airport in June 2017, and is designed to be a two-seater luxury personal vehicle. that can fly on top. speed of 223 mph (360 km/h), and its top speed on the highway is 99 mph (160 km/h).

In addition to the hefty price tag, between 1.2 million and 1.5 million euros ($1.3 to $1.6 million), owners also need a pilot’s license to use in the air. With its flying cars, the company aims to make personal transportation more efficient by offering the option of transport by road or by air, putting an end to traffic jams forever.

AeroMobil said its flying car technology uses existing infrastructure (more than 10,000 runways in the US), fits into today’s vehicles and flight systems, and has a much greater range than the electric take-off-and-run vehicle. eVTOL vertical landing.