The fires give Spain a truce 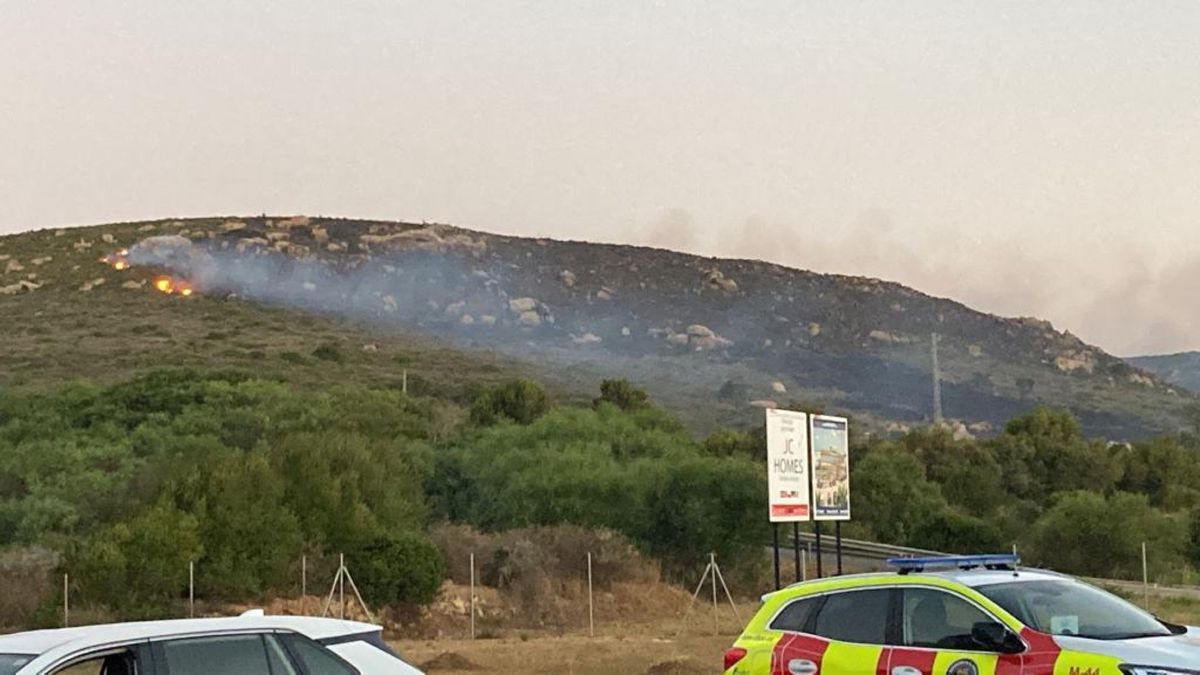 The fire is giving Spain a little respite, as is the heat. The major fires reported during the week have started to stabilize and come under control, particularly in Andalusia, the Canary Islands and Castilla y León, but the situation in Galicia remains worrying. The forest area devastated by the fire now amounts to 222,800 hectares, 38.5 percent of the total area burned in Europe since January (578,956 hectares), according to satellite imagery-based data from the European organization EFFIS. This is the worst fire wave on record.

The European Forest Fire Information System (EFFIS) uses Copernicus satellite imagery for its estimates and in its latest update shows 222,800 hectares affected by fires in the country so far this year, 11.2% more than on July 23 . This data confirms that Spain is facing the worst fire wave in the historical series managed by EFFIS (starting in 2006), which has been cited so far up to 2012 when the fires affected 189,376 hectares; followed by 2017 with 130,920. However, according to records on the Ministry of Ecological Transition’s website, which date back to 1968, 1985 was the worst year of fires in Spain’s history, when 484,475 hectares of forest were devastated. In all of 2012, 218,956 burned.

In any case, the fires calmed down almost at the same time as the temperatures. But in case of heat, the truce will be short. From next Saturday and especially Sunday, a new “warm episode” is expected on the peninsula and although its extent, duration and intensity raise doubts at the moment, the values ​​​​will be between 5 and 10 degrees above what is normal in far Parts of the country, Rubén Del Campo, spokesman for Aemet, put forward. Next weekend will start with a thermal surge and will exceed 35 degrees in much of the peninsula’s interior, particularly in the west, center and south, reaching up to 40 degrees in the Tagus, Guadiana and Guadalquivir valleys.

The situation of the main fires that were active is as follows:

The forest firefighters of the Andalusian Infoca Plan have managed to save the Doñana Park from the danger caused by the fire that broke out in Almonte (Huelva) last Monday afternoon. The Junta de Andalucía deemed both this fire and another in the nearby town of Bonares stabilized this Wednesday morning. The flames stayed clear of the protected environment thanks to machine-enclosed firewalls that prevented the burning embers from approaching more critical areas.

For now, the Infoca plan has disabled Level 1 emergencies and the more than 300 displaced people, including second-home owners and seasonal workers, have been allowed to return home. After more than 150 soldiers had to try to get the flames under control on Monday and Tuesday, this Wednesday “changed to a situation of a certain normality”, but “with some caution” “in midsummer with high temperatures”, said the delegate of the Board of Directors in functions in the province of Huelva, Álvaro de Burgos. For the time being, almost fifty soldiers will remain on duty between the deployments in Bonares and Almonte.

That in Almonte is not the only fire that is still active in the western part of Andalusia. In San Roque (Cádiz), another fifty firefighters and two helicopters managed to stabilize a fire in the Sierra del Arca. The orography and the westerly wind – dry and hot in this area – meant that the troops spent a complicated night in which the owners of rural houses had to evacuate the 300 people who stayed at the La Casita campsite. This morning, they highlighted from the Infoca plan that the fire is a “favorable development.” “We continue to work on its stabilization,” they emphasized on their official Twitter profile.

Malaga overcomes the chain of fire

The fires do not give a truce to Malaga, one of the provinces hardest hit by the blazes so far this summer. Up to three outbreaks coincided this Tuesday afternoon in Estepona, Benahavís and Mijas, forcing the eviction of more than 600 people from various urbanizations on the Costa del Sol and disrupting traffic on the A-7 Motorway and the A-7 Motorway. 7175. About 400 firefighters and a dozen aircraft simultaneously responded to these communities.

The fire in Estepona started in the Beverly Hills residential complex, near the industrial area where most of the evacuated people live. It was the first to be controlled in the late afternoon, while the Infoca troops – the Andalusian plan against fires – managed to get to the Benahavís after eleven o’clock at night. However, the one in Mijas caused more problems. Its intensity first forced a 14-kilometer section of the A-7 motorway to be cut and later evicted residents of four urbanizations in the area. In the afternoon, the Junta de Andalucía activated Emergency Level 1 and deployed an Advanced Command Post in the city. Almost 300 firefighters and a dozen air forces were involved in the extinguishing work, which also took place during the night.

The fire was finally considered under control on Wednesday morning. “We continue to work on the auction and billing,” Infoca sources pointed out. His troops also continue to work on the outskirts of the 2,000 hectares burned by the fire that affected the Sierra de Mijas and the municipalities of Alhaurín el Grande and Alhaurín de la Torre a week ago and is not yet considered extinguished. In mid-June, another 3,500 hectares burned in the Sierra Bermeja, also on the Costa del Sol.

The slight drop in temperature has helped reduce the severity of the fires in Castilla y León. One of the active fronts, although already controlled and only at risk of reproduction in the embers, is near Quintanilla del Coco (Burgos) where more than 3,000 hectares were burned by a farmer who harvested at the wrong time. The fire, which remains at level 1 and is being monitored, destroyed several homes in nearby towns and threatened the historical and cultural heritage of the Santo Domingo de Silos Monastery. It is also believed that several outbreaks have already been caused in Toro (Zamora), where flames erupted within a five-kilometer radius this Tuesday afternoon.

The other fires that have been active in the last few hours are already at level 0. The one in Montes de Valdueza in León has burned down 1,400 hectares, while that in San Juan de la Nava in Ávila has also reduced its activity. The Board’s Environment Ministry has indicated that according to the Copernicus system, the fire that started in the Cebreros area of ​​Avila destroyed 4,200 hectares. In all of these cases, there were several forced evictions from cities close to the front and also damaged by smoke.

The main risk that the authorities and fire brigade are currently warning about is that after the serious fires like in Zamora, where some attempts at reactivation had to be extinguished, there may be reproductions on the embers or areas that are still hot. The danger also comes from possible increases in temperature, after a few days of less intense heat than the previous ones, which could combine with the wind and encourage new fronts.