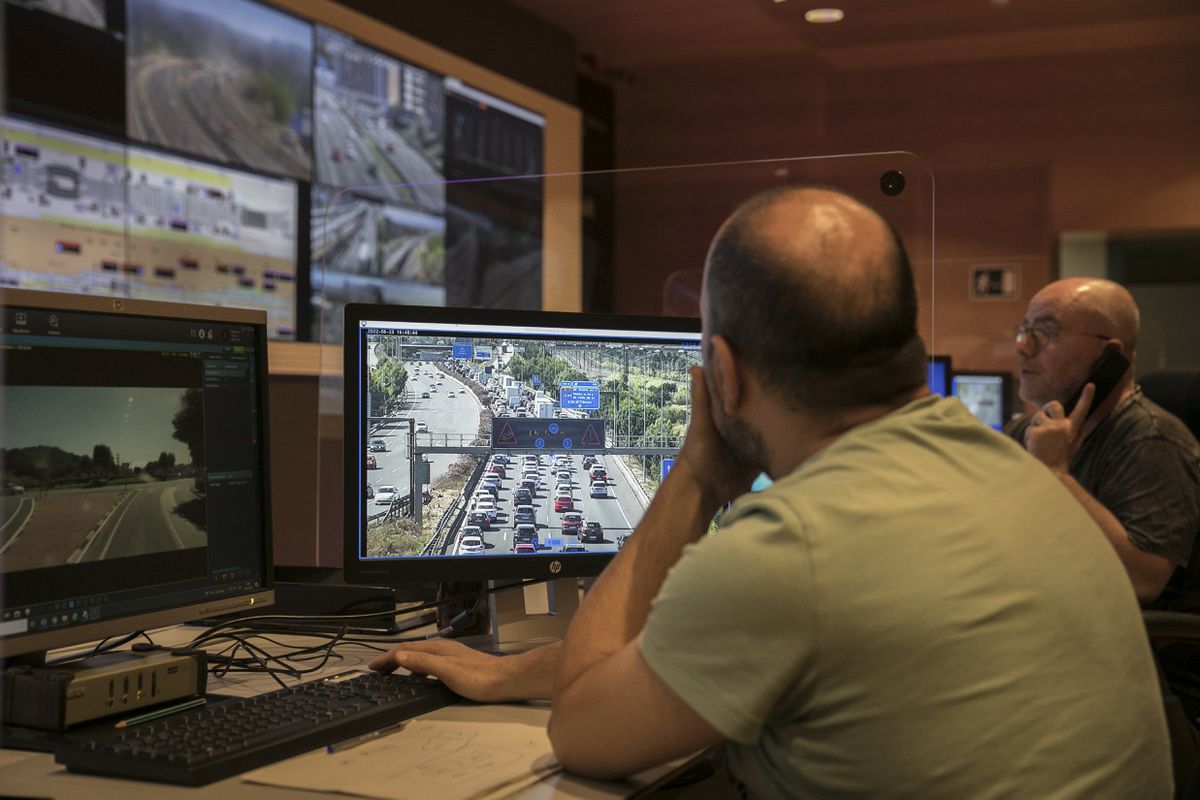 The collapses on the access roads to Barcelona were noticed from three in the afternoon this Thursday, coinciding with the start of the operation from the festive Sant Joan Bridge, and no improvements were noted up to six hours later. The Catalan Transport Service (SCT) expects that by Friday around 450,000 vehicles will leave the metropolitan area, which has saturated the city’s ring roads (Rodas de Dalt and Litoral) and in particular the AP-7, which has registered queues since moment one of up to 20 kilometers and has confirmed the saturation problems since the end of the toll last September.

The Catalan Roads Inspectorate has already predicted a perfect storm at street level. On the one hand, the weather is very good and Sant Joan falls on a Friday, making it an ideal start to a short break in the coastal towns. “The Sant Joan that most closely resembles this one was found in 2016, but this year, for the first time, the AP-7 has no tolls during the Verbena,” warns Jan Peña, the SCT’s Executive Director.

The Catalan Traffic Inspectorate’s control room is the closest to Big Brother’s house. Screens and graphics show the state of the streets in real time in a basement on Via Laietana where silence reigns. Everything is calculated to the millimeter and no one asks anyone anything. Watching cameras and graphics, and most importantly changing the messages on highway signs, they work silently to avoid a collapse they know will be inevitable.

“Today is a workday when the vans and trucks they’re going to party with gather on the highway. We estimate that around 450,000 vehicles will leave the greater Barcelona area between 3pm this Thursday and 3pm on Friday. There will be certain breakdowns no matter how hard we try to change things. But the biggest problem will be on Sunday, when in the afternoon all the evictions are concentrated on the repatriation,” says Peña.

The person in charge of traffic management does not hide the fact that the road on which they concentrated a large part of their energy this Thursday is the AP-7 motorway and its chronic collapse since the end of tolls. Car traffic has increased by 30% and truck traffic by 40%, and the eve of Sant Joan is the first acid test to verify whether the measures approved this week by Interior Minister Joan Ignasi Elena are valid or not. Truck restrictions had to be one of the solutions to allow smoother circulation. For the time being, Interior and the SCT rule out removing heavy vehicles from the Autobahn, except during critical times on summer weekends. It is argued that in order for them not to cause blockages, it is enough to impose specific bans on them, that is, preventing them from overtaking and forcing them to drive at 80 km/h in the right lane between Roca del Vallès and Martorell. “We won’t know until Sunday whether all these measures have worked and relieved the traffic jams or not,” admits Peña.

The Generalitat acknowledges that the AP-7 has become a “mobility problem” since the toll barriers were imposed. The tip, although long announced, surprised the traffic managers. The number of accidents has multiplied, the motorway recorded three times as many deaths this year as in 2019, and the circulatory collapse is permanent, particularly pronounced on public holidays and weekends.

For nine months, Interior has taken little action to promote circulatory fluid. With fears of an avalanche of vehicles expected in midsummer, Sant Joan marked the premiere of a package of measures to try to ameliorate the collapse and increase safety.

From 15:00 on Thursday, the collapses and queues began in the usual places: dozens of kilometers on the AP-7 south of Martorell (Barcelona) and north of Roca del Vallès and Granollers. . The bypasses collapsed for most of the afternoon, although between 15:00 and 21:00 only 184,703 vehicles had left the greater Barcelona area, 19% fewer than in the reference year 2016. “During the afternoon the number of vehicles increases until midnight, then they start falling by Saturday morning when they return,” Peña expects.

Meanwhile, the rest of the SCT staff continue to review roads and charts. There are SCT vehicle cameras that also count caravan kilometers. The idea is to patch and advance so that the congestion lasts as short as possible.

The festival of Sant Joan coincides with the increase in Covid patients in Catalan hospitals. According to the Health Ministry, the centers are registering 1,517 patients admitted because of the disease. In the past three days, hospital centers have increased the number of patients with coronavirus by 19%.

The hospital pressure is a result of the high level of community transmission of the virus. Experts admit infections have skyrocketed and warn Sant Joan celebrations and festivities may further catalyze infection rates. According to Carmen Cabezas, Secretary of Public Health for the Generalitat, the new subvariants of Ómicron have also facilitated the rise.

In an interview with Catalunya Ràdio this Thursday, Cabezas specified that the new cases “are not very symptomatic and resolve well after a few days”, although he urged us not to lower our vigilance. The health official has also insisted that citizens be vaccinated with the third dose and considers it unnecessary to vaccinate those over 80 years of age “immediately” with the fourth dose given the current epidemiological situation.