The Federal Reserve, before its first rate hike since 2018 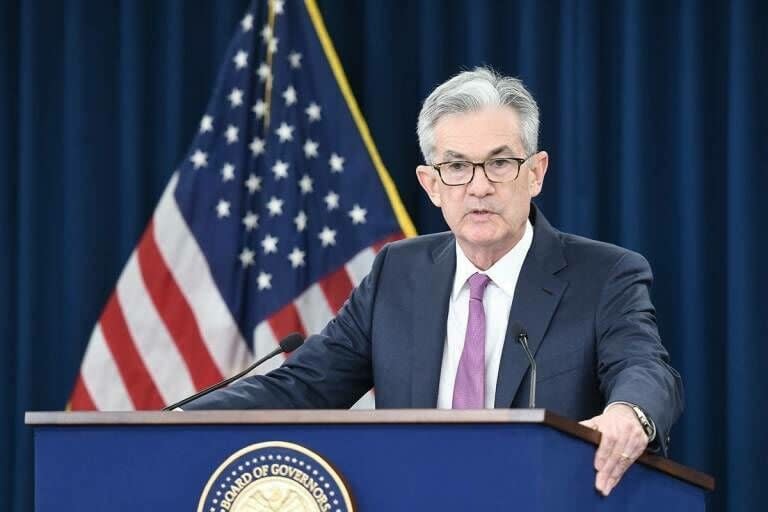 Investors scrutinized every word Powell uttered, the statement and the Updated summary of economic projections from the Federal Open Market Committee (FOMC, in English). The meeting of the US central bank will begin tomorrow, Tuesday, and will end on Wednesday late in the afternoon (8:00 p.m. in mainland Spain). On Thursday, the market will once again be aware of the Bank of England and on Friday volatility is assured as there will be quadruple expiration of derivative contracts on shares and indices.

The Fed will raise short-term interest rates 25 basis points in the range between 0.25% and 0.50% and end its asset purchase program in the secondary markets despite the war in Ukraine. The money rules out the most restrictive body of a rise of 50 basis points due to the conflict in Eastern Europe, but it is ahead of the European Central Bank (ECB) in monetary normalization due to the high inflation that drags the US economy and the strength of your labor market.

The increase in prices in the United States is far from being controlled, having placed in February at 7.9%, its highest level since 1982. The war in Ukraine and the sanctions imposed by Western countries on the Russian economy have made the prices of energy raw materials, such as oil and natural gas, rise sharply and the economic outlook more uncertain. The market is discounting, in fact, a scenario of stagflation in Europe: inflation accompanied by recession.

“The strong employment data in the US and above all the tensions in prices, with levels of inflation not seen in a long time, continue to be the arguments of the Federal Reserve to defend its progressively tighter monetary policy. In this way, we do not expect the main North American monetary authority to deviate from the path that it has been marking in its last meetings, and by the end of the year it is more than probable that let’s see a total of six more rises, one for each meeting, to end the year in the 1.75%-2 range”, explains Cristina Gavín, head of fixed income and fund manager at Ibercaja Management.

One of the great unknowns that the Federal Reserve must clear up is the reduction of its balance, which at the beginning of the year led many investors to rebalance their portfolios in the most restrictive scenario possible. “The reduction in the balance is therefore a sign of confidence on the part of the central banks that the worst is over. But with real geopolitical uncertainty weighing heavily on financial conditions, any Fed easing could be more dovish than initially anticipated. It should be likely that at the March meeting we will get more information on how the Fed intends to design its balance sheet reduction,” says Christian Scherrmann, an economist at DWS.

In the end they are many years with the precious of the money in negative, case of the financial crisis of 2008 and a drastic reduction in the balance sheet together with a rise in interest rates that was harder than expected by the market could even generate a slowdown in its finances in the US. The market even appreciates that not all the elements of high inflation can be controlled by monetary policy.

“Price pressures from global supply chain disruptions, for example, will not go away with a rate hike. Therefore, for now, central banks’ main objective must be to control inflation expectations, which depends on central banks maintaining the confidence of citizens that they use the necessary policies to stabilize prices. Interest rates that are too low could suggest to markets that the Fed isn’t taking its inflation-fighting role seriously enough. On the other hand, rates that are too high could affect financial conditions,” adds Scherrmann.

The tone and words that Powell says at the press conference this Wednesday after the FOMC meeting will be especially relevant at a time of falls in the financial markets and an inflation that is no longer so transitory, as the central banks have had to recognize. “What is revealed about the future of the US economy and about the possibility that both the impact of the Ukraine conflict and the withdrawal of monetary stimuli could promote the US economy to a new recession, a scenario that, at the moment, we do not contemplate it”, comments Juan José Fernández-Figares, director of analysis at Link Securities.

We will also have to see the reaction of Wall Street to Powell’s decisions this Wednesday, especially in the dollar and in Treasury bonds. The stock indices arrive at the event in correction territory, the Nasdaq even in a bearish trend, falling 20% ​​from its previous maximum, and any clarifying comment will be interpreted in a buying tone.

The Bank of England also includes will raise rates

Like the Federal Reserve, the Bank of England’s Monetary Policy Committee, which meets on Thursday, is expected to raise its benchmark interest rates by a quarter percentage point to 0.75%. “The reasons for this are similar to those of the FOMC: a British economy that for the moment continues to grow at a good pace; a stressed job market; and runaway inflation. Likewise, what the committee has to say about the potential impact of the war in Ukraine on the British economy will be very relevant”, says Fernández-Figares.