The Feast of the Bulls, an exciting and passionate controversy since the thirteenth century 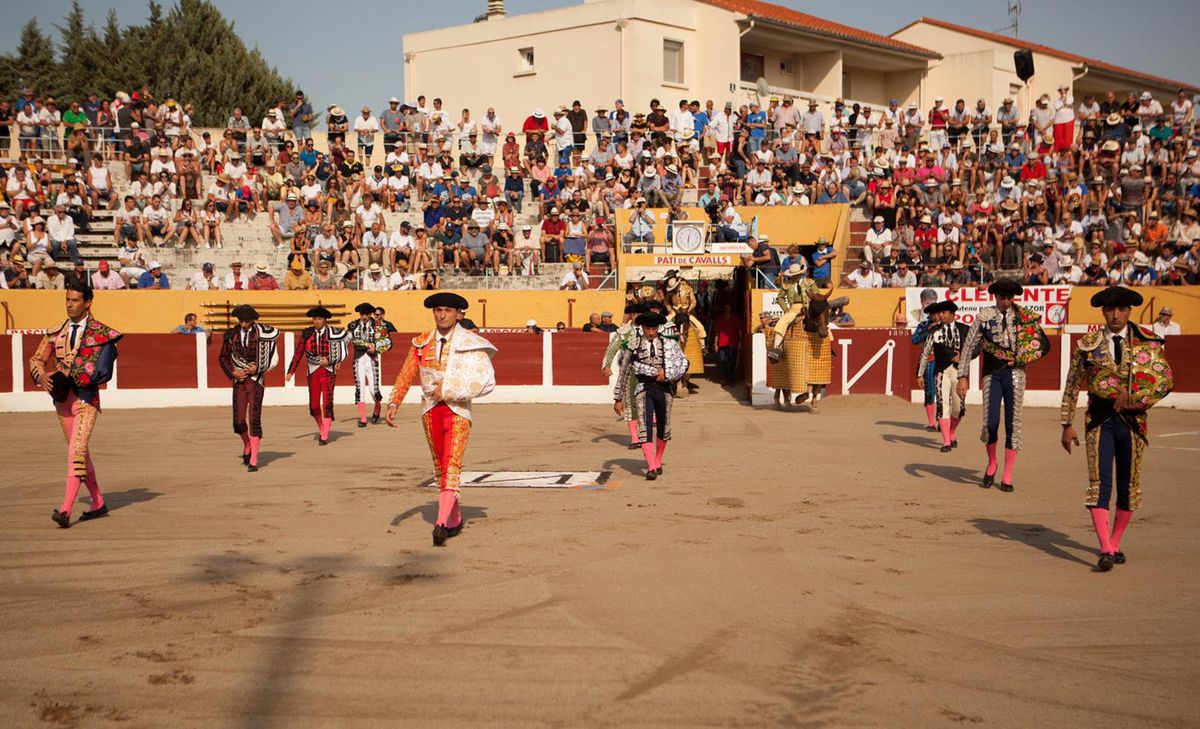 “The bullfighting festival has been at the center of controversy since its remote origins, arousing great passions for and against, and it is remarkable how the arguments have changed over time. And I’m convinced that this state of affairs will remain as long as the show exists. Even if? Until there are fans who have defended and nurtured it throughout history. The sensibility changes but the essence remains, which is none other than a brave bull and a brave bullfighter. As long as these two actors evoke emotion, the party will continue, despite the constant controversy between defenders and critics.

Beatriz Badorrey is a professor of law and history, professor of legal history at the National University of Distance Learning and has been a passionate bullfighting fanatic since she was a child, watching the bull running in her hometown, the Madrid city of Medium, with enthusiasm Col.

But she didn’t want to be a bullfighter; He directed his steps toward study and teaching, and his first doctoral thesis was on the history of the State Department. A little later, on the advice of professors José Antonio Escudero and Feliciano Barrios, aware of his bullfighting hobby, he locked himself in the National Library to delve into the history of bullfighting law, which no one had studied. This is how the book came about Another History of Bullfighting: Bulls, Law and Society. This research earned her a doctorate in history and one of the greatest insights into the social and political ups and downs that bullfighting has seen and endured since its inception. And the fruit of those long working sessions between acts of past bullfights in this country is now born Bullfighting/Anti-Bullfighting, A Historical Debatethe book that analyzes the long and intense controversy that the festival of bulls has generated since its inception.

Badorrey moves to the 13th century when bullfights first appear regulated in the Fuero de Madrid -year 1235- which specifies how they are to be run and the location of the celebration, the so-called bullring -a term used to denote the continues to this day – outside the city walls, an area where horse racing was also held.

“Pope Pius V’s bull caused a serious crisis at the University of Salamanca, where graduations were celebrated with bullfights.”

The cops reappear in Las Partidas de Alfonso X el Sabio, “the great encyclopedia of the history of Spanish law, civilized law versus popular law of the Fueros,” according to the researcher.

And the discussion begins: faced with the population respecting the festival, the great jurists of the court reject it, declaring everyone who takes part in it notorious, but accepting the knightly bullfight as it serves honor and military training. “The popular is despised, as was the case with theater or flamenco back then,” says Badorrey.

“This is nothing more than the beginning of an eternal discussion,” he continues; “Already in the 16th century some advocates of the Cortes of Castile called for the ban of the bull festival, which was very chaotic at the time, and Queen Isabella the Catholic herself, influenced by her confessor, was against witnessing a bloody episode .

“The truth is that the kings, the politicians, the Church … all institutions were divided before the phenomenon of bullfighting, which was embedded in society,” concludes the author. “The arguments have changed, but the controversy has remained,” he stresses.

“Bullfighting was already talked about at the Council of Trent (1545-1563), he continues, “and because of the deaths it caused its ban was proposed, but the Spanish bishops opposed it and managed to get everyone to accept it would govern them in his diocese.”

But in Badorrey’s opinion, the crucial historical moment was accomplished by Pope Pius V in 1577, who banned bullfighting with a bull, “which is the most solemn document used by the Church for the most transcendental matters.” The highest church official received a letter from 70 Spanish theologians telling him of the dangers and deaths caused by the bullfighting festival, and he decided to punish anyone who attended these celebrations with automatic excommunication.

“You have to consider the great power the pope had over the 16th-century believers and the fear that they would all go to hell for participating in the bullfights,” explains Badorrey.

“But receiving the bull caused a great debate and a serious crisis at the University of Salamanca,” he adds, “where the obtaining of degrees was celebrated with bullfights in which all the teachers, mostly clergy, took part. , some of whom refused to publish it in their churches.”

The excitement reached such an outburst that Fray Luis de León wrote to King Felipe II on behalf of those concerned, who in turn communicated to the Pope his decision not to apply the bull on Spanish territory, even though the Vatican document was not he up to three pontificates later of Clement VIII repealed. “We must not forget the importance of the clergy’s moral arguments against the cops,” explains Badorrey; “because they promoted contact between men and women and courtship among themselves”.

At the end of the 18th century the festival suffered a renewed attack from enlightened politicians, advocates of the modernization of Spain; The arguments change and the loss of life is replaced by economic criteria: a lot of time is wasted, people stop working to go to the bullfights, large areas of land are used for cattle ranches to the detriment of agriculture… And this Anti-bullfighting found new arguments: the festival of the bulls makes the Spaniard more barbaric, cruel and brutal…

After some partial bans by Carlos III, his son Carlos IV issued a royal decree in 1805 banning bullfighting outright.

“And that was something more serious and a more effective ban than the Pope’s,” says Badorrey.

Debate continued throughout the War of Independence, and the bulls were the subject of discussions in the Cortes of Cádiz, where a Catalan MP, Antonio Capmany, defended them as “the greatest thing behind the great dome of heaven”.

The royal decree was never repealed, but it fell into disuse – hence the slogan “with the permission of the authority” that appears on the posters – and the Constitution of Cadiz itself was celebrated with a bullfight.

Later, the generation of ’98 also had its anti-bullfighting streak (“its members didn’t understand that with the collapse of the Empire, people were enjoying bullfighting and trying to move towards a more modern and cultured Europe than Spain,” says Badorrey); and finally animalism, “another very strong argument because it is rooted in a broad social sector living far from the rural world”.

-And how is it possible that the Festival of Bulls lives on in the 21st century after so many and so severe attacks throughout history?

“Because it arouses true passions in those who enjoy it; When a spectator feels the emotions of an afternoon of bullfighting, they become an unconditional fan. I was lucky enough to feel it and I was very lucky…”.

- Advertisement -
Share
Facebook
Twitter
Pinterest
WhatsApp
Previous articleSeven solutions for hanging pictures and other items without drilling or making holes
Next articleThe EBU defends its decision not to hold Eurovision in Ukraine, asks that it not be politicized and will continue to search for a venue

Housing, decent employment, leisure time, education or health are concerns that more than 60 young people have expressed to politicians