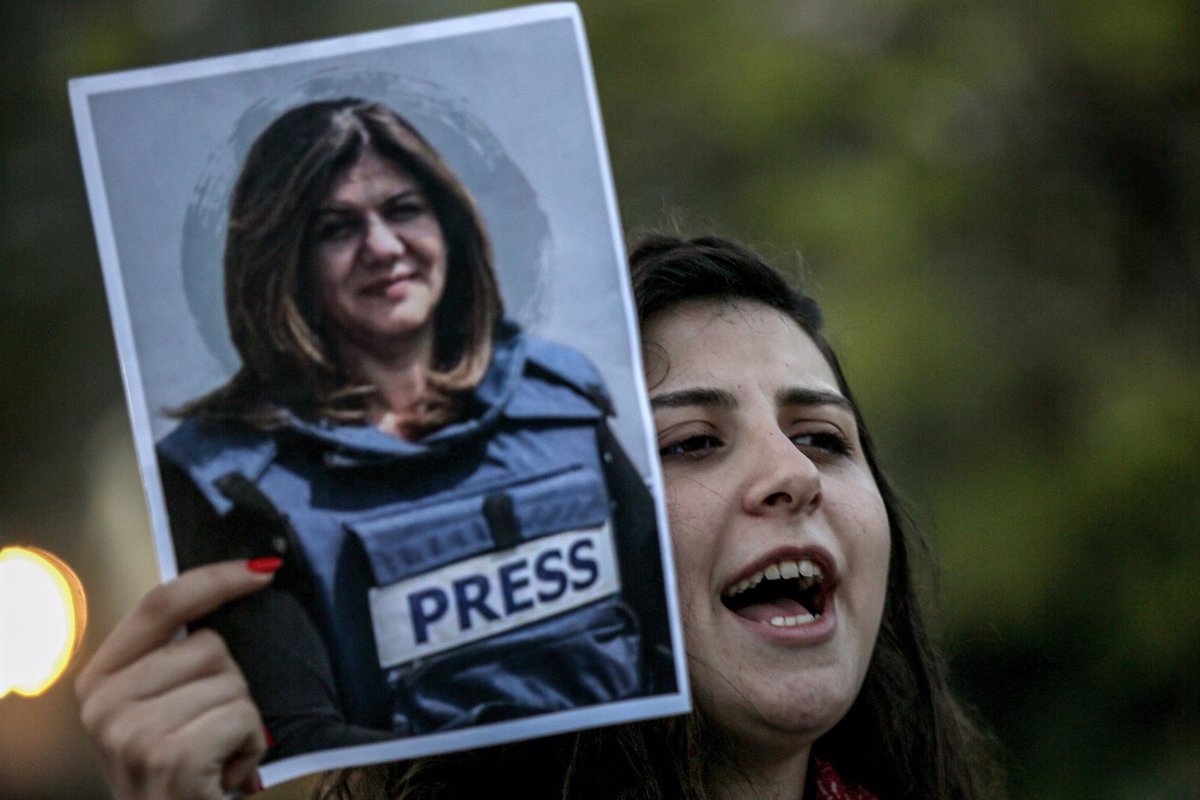 The family of American-Palestinian journalist Shirín abu Aklé, who was killed in May after being shot dead during an operation by Israeli forces in the West Bank city of Jenin, has asked the US government for a “meaningful response” to the demands Justice in the case and have requested a meeting with President Joe Biden to discuss the event.

Lina Abu Aklé, the journalist’s niece, who worked for Qatari TV channel Al Jazeera, said after meeting US Secretary of State Antony Blinken on Tuesday that “although she has made some commitments regarding the killing of Shirin, it always will.” nor expected the government to respond meaningfully to calls for justice for Shirin.”

“Blinken told us he has a duty to protect all American citizens. We’ll stick to that. Nothing but an American investigation leading to real accountability is acceptable, and we won’t stop until no other American or Palestinian family suffers the same pain as we do,” he explained in a series of messages credited to his account published on the social network Twitter.

“We told Blinken how important it would be to meet with the President of the United States. Meeting him would show our family that the Shirin case is a priority for this administration. Since he did not meet with us in Jerusalem “We have come to Washington. We need you to listen to us directly,” said Lina Abu Aklé.

He also emphasized that Blinken “is committed to transparency with the family from now on.” “We hope to be consulted and kept informed of every step,” he concluded.

For his part, Blinken said Abu Aklé’s “bold journalism” has “earned him the respect of audiences around the world.” “I have expressed my deepest condolences and my commitment to seek accountability for his tragic death,” he said on his Twitter account.

State Department spokesman Ned Price said at a news conference that Blinken had spoken to Abu Aklé’s family “on several occasions” and revealed that “on the last call he invited the family to meet him in Washington.” “The secretary greatly appreciates the opportunity to meet Shirin’s family,” he explained.

“She was not only an American citizen, but a journalist whose courageous search for the truth has earned her the deep respect of audiences around the world,” she said, adding that Blinken will use the meeting to “reaffirm the priority.” “. the United States on “accountability”. “We will continue to discuss this with our Israeli and Palestinian partners,” he stressed.

The United States confirmed on July 4, after its experts’ examination of the bullet that killed the journalist, that the projectile “probably” came from Israeli army positions, although it emphasized that it was an “accidental” shot acted . “It was not possible to draw a definitive conclusion about the origin of the bullet that killed Palestinian-American journalist Shirín abu Aklé,” Price said himself.

In response, the Palestinian government dismissed the US report, saying the aim was “to hide the fact that an Israeli soldier committed the crime.” The Palestinian Foreign Ministry, for example, declared that the Israeli government “takes responsibility for the crime” and regretted that the US conclusions used “weak pretexts” to “allow the occupying country to shirk its responsibility for the death of Abu Aklé to withdraw”.

The conclusions of the independent investigation into the journalist’s death conducted by the United Nations Office for Human Rights are consistent with the assessment conducted by the Palestinian authorities, which suggests that the Israeli Defense Forces are responsible for the reporter’s death.

The conclusions of the investigation also dismantle the narrative that there was armed Palestinian activity in the vicinity of where the reporters were, Israel emphasized at the time. The Israeli army a few days later conceded the possibility that the journalist had died from a shot fired by their own forces, but always unintentionally.