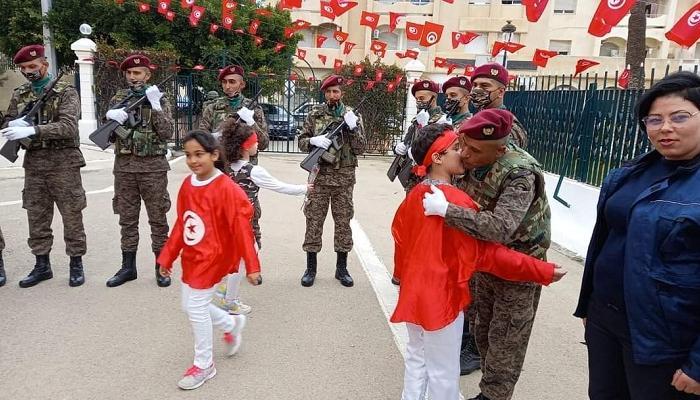 The Tunisian Interior Ministry denied the Brotherhood’s accusations that the march they organized included thousands of their supporters to demonstrate their popularity.

The Ministry of the Interior issued a statement today, Sunday, saying that “starting at 9 a.m. local time, a group of people came to a sit-in protest in the Bardo area, numbering about 800 people, at noon, and this The group left the place around one in the afternoon.

Supporters of the Ennahda movement and a group calling themselves “Citizens Against the Coup” (a movement that includes supporters of the Brotherhood and its allies) marched on the occasion of Tunisia’s independence day from French colonialism (1881-1956) to demand the return of the Tunisian parliament and the impeachment of the president.

The protesters wanted to go to the Bardo Square, where the Parliament is located, but the police prevented them from doing so and yesterday afternoon they published a hashtag with the title “Tomorrow is victory day under the dome of the Parliament”.

The march also drew derision from Tunisians after it included Sheikh Imam’s song “Build your palaces on farms,” ​​which includes left-libertarian ideas that contradict the Brotherhood’s obscurantist principles.

“Ennahda lost his popularity, so he resorted to polishing his image by lying on his beard and claiming that he mobilized thousands to attend his protest movement,” said political analyst and activist Abdel-Majid Al-Adwani. 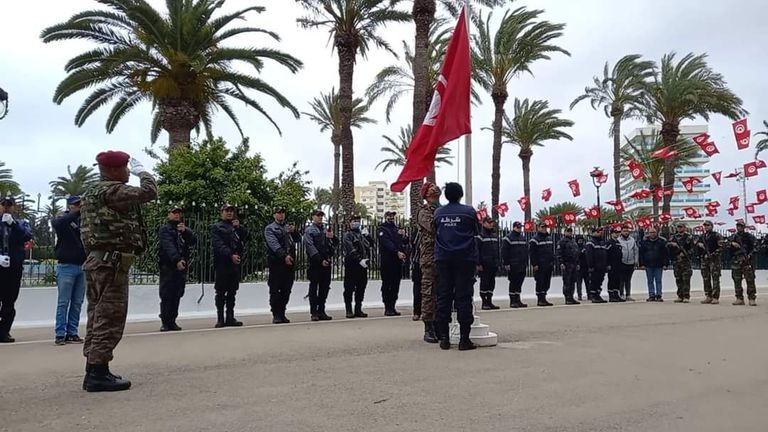 He added, in statements to “Al-Ain News”, that the efforts of the Tunisian Brothers to return to what it was before July 25 are weak and inconsistent, especially after announcing the date of the premature parliamentary elections, which are expected are carried out. on December 17.

He continued, “Ennahda must wake up and realize that their phase is over and the time of the Brotherhood is over after they depleted the country, bankrupted it, destroyed it, and destroyed it from within to serve the agendas of the global Brotherhood.

For his part, Muhammad Bouaoud, a political analyst, said that Tunisia celebrates its independence this year without the government of the Brothers after ten black days, which gave it a special flavor.

He added in statements to Al-Ain News that Tunisia, which became independent on March 20, 1956 from the brutal French colonialism that tormented its people, became independent again on July 25 from an unjust Brotherhood government to make Tunisia happy with their glory and pride, despite the tarnished economic and social legacy they left behind.

He added that Tunisia without the Brotherhood will come out of its darkness into the light, but this requires time and a redoubled effort to recover what remains of the country.

Tunisians on Sunday commemorated the 66th anniversary of independence, one of the important stations in the history of the construction of modern Tunisia, as it embodied the victory of the Tunisian people in a fighting battle that lasted for many decades against colonialism. French, which ran from 1881 to 1956.

On the occasion of Independence Day, the Tunisian President Kais Saied had decided to grant a special amnesty to 1,513 convicts, which means the release of 640 of them.

This decision came after Kais Saied met yesterday Saturday at the Cartago Palace with the Minister of Justice, Laila Jaffal, as well as with members of the Special Pardon Committee, according to a statement from the presidency.

- Advertisement -
Share
Facebook
Twitter
Pinterest
WhatsApp
Previous article🎓 A significant increase in the price of the EGLD cryptocurrency. What are the next goals?
Next articleA Yemeni military officer decodes for “Al-Ain News” the code of the “messages from Iran”