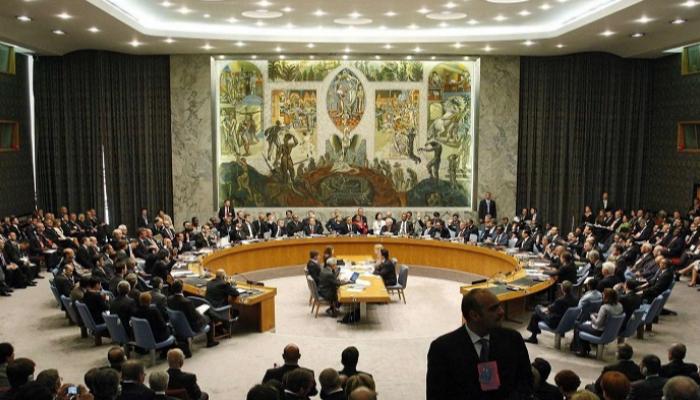 A Russian-drafted call at the United Nations Security Council on delivering aid and protecting civilians in Ukraine has failed.

According to Reuters, the Russian invitation fell through because it did not include a reference to Moscow’s role in the Ukraine crisis.

Only Russia and China voted in favour, while 13 countries abstained in the 15-member council.

During the session, Russia strongly rejected the inability of the Security Council to vote on the humanitarian crisis in Ukraine.

For its part, Washington accused Russia of being “indifferent to the humanitarian situation in Ukraine”, announcing that it abstained from voting on the draft resolution.

The United States delegate to the Security Council expressed her country’s concern about the possible use of chemical or biological weapons by Russia in Ukraine.

For her part, the British delegate to the Security Council confirmed that Russia is the main cause of the humanitarian catastrophe in this European country.

He considered that the only way to end the humanitarian crisis in Ukraine is to stop the war.

In turn, the representative of the United Arab Emirates to the Security Council, Lana Zaki Nusseibeh, said: “We would have liked to see a call in the council to stop hostilities in Ukraine.”

“We emphasize the need to respect international law and demand the cessation of all hostilities in Ukraine,” he added.

“We have to see what alleviates humanitarian suffering in Ukraine, such as evacuating civilians and providing aid,” he said.

He stressed that the Council will not shirk its responsibility to maintain international peace and security and provide assistance to all who need it.

And on Wednesday, the European Union announced the doubling of military aid to Ukraine to one billion euros ahead of the visit of US President Joe Biden.

The 27 member states of the European Union gave the green light to provide an additional 500 million euros ($550 million) in military aid to Ukraine, ahead of a summit of EU leaders to discuss Russia’s military operation with the US president. Joe Biden.

The Ukrainian president said, in press releases, that “Russia blew up all efforts to establish peace and eliminated the concept of dialogue on February 24.”

He continued: “We must continue to press Russia to bring peace, and a decision must be made on my country’s entry into the European Union.”

The Ukrainian president called on French institutions to “get out of the Russian market and impose more sanctions on Moscow”, asking for “more military aid to Ukraine”.

Russia’s military operation in Ukraine has raised fears of a broader confrontation between Russia and the United States, the world’s two biggest nuclear powers.

Putin says the operation is necessary because the United States was using Ukraine to threaten Russia and Moscow had to act to repel what it called a “genocide” of Russian-speakers inside Ukraine, while Ukraine says accusations of genocide by Putin are “completely absurd”.