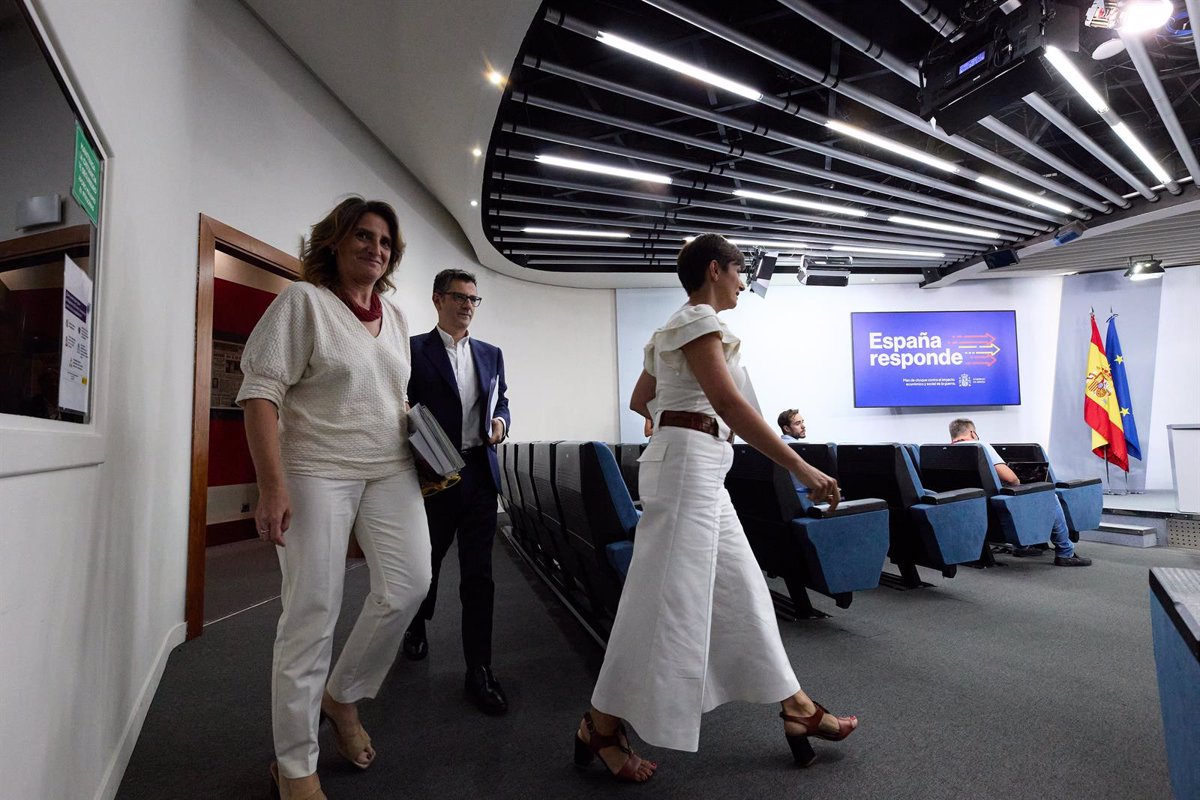 The government has limited the gratuitousness of the Cercanías and Media Distancia trains to users who make these journeys regularly, through a deposit whose return is conditional on making at least 16 journeys in the four months that they will last. from September to December.

Government spokeswoman Isabel Rodríguez explained at the press conference after the Council of Ministers that the aim of this measure is to reduce the monthly costs of the family economy and also to promote sustainable transport.

According to the decree approved this Monday in the Council of Ministers by the Ministry of Transport, Mobility and Urban Planning, the possibility of traveling for free on Cercanías trains requires a deposit of 10 euros, while on Media Distancia trains a deposit of 10 euros is required 20 euros.

If more than 16 trips have been made, this deposit will be automatically refunded if paid by credit card or at the user’s personal request if paid in cash.

The deposit will be paid at the time of purchase of this new special voucher created for these four months, which is unipersonal, that is, can only be used by one person, and for a specific trip.

Prime Minister Pedro Sánchez warned when announcing the free trains that the main aim of this measure is to make it easier for regular users to travel to and from work or study every day. in these times of inflation.

In this way, the developed system prevents the funds intended for this measure from flowing to occasional users who only want to travel by train a few times for leisure purposes.

Likewise, existing Avant season tickets will receive a 50% bonus and new high-speed special season tickets will also be created at 50%, but only on certain routes (mainly from Madrid to Castilla y León, routes within this region and in Huesca) -Zaragoza ).

In the area of ​​land transport measures approved this Monday along with the areas of air and sea transport, there are also 50% discounts on state bus routes or help for the municipalities and city councils to reduce the price of multi-journey tickets by 30%.

In addition to 30%, the government takes over the proportional part belonging to the Renfe trains in the integrated subscriptions of the cities, as long as the municipalities apply an additional discount equivalent to the cercanías.

To respond to users and help travelers purchase the new passes, Renfe will be bolstering its station assistant staff with 1,000 additional people in early September.