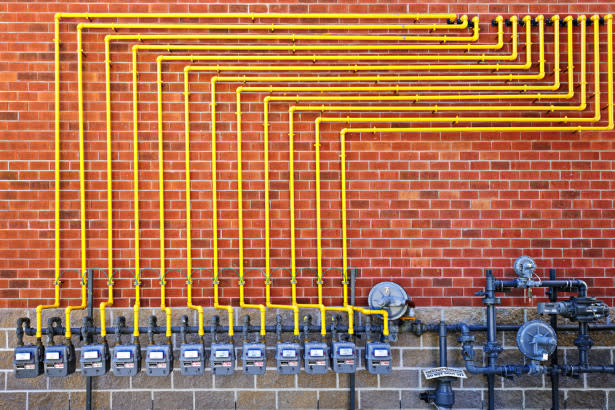 U.S. natural gas futures rose to within a hair’s breadth of their yearly high on Wednesday as recent weather forecasts called for cooler-than-expected temperatures and higher heating demand for the next two weeks.

It should also be noted that record demand for US liquefied natural gas (LNG) exports is a factor that continues to support the market although buyers have not taken the gains of the day and the market has fallen as it approaches the close.

As for the price dynamics, which suggests that buyers have managed to catch the weaker sellers off guard, forcing them to hedge long and pay extra to be able to liquidate their bearish positions. Therefore, it seems to us that the rise has been exaggerated and that it is partly explained by those low VOLUME levels that were previously mentioned.

Domestic demand is expected to rise and then fall

With the arrival of cooler weather conditions, Refinitiv has forecast that average US gas demand, including exports, would rise from 96.4 billion cubic feet per day (bcf/d) this week to 102.6 bcfd. next week. Keep in mind that these forecasts are higher than those published by the same company on Tuesday, according to Reuters.

Although it will get colder for the week ahead, forecasters expect US weather to remain near-average at least through early April, which should keep heating demand low enough to allow utility companies to inject gas into national reserves this week, implying that this increase in reserves would come a week earlier than usual.

Despite this, a certain balance between supply and demand is expected within two weeks, so it seems likely that the public service companies will not make major changes in the levels of accumulated reserves.

According to Natural Gas Intelligence, the weather forecasts registered a significant change during the day on Tuesday, going from being decidedly bearish on the demand for natural gas to pointing to normal conditions for the season of the year in which we are, both for the end of March and for the beginning of April.

The Bespoke Weather Services summed up the situation like this, “It’s basically a normal pattern from this weekend through early April, with high elevation across the country.”

Before the EBW Analytics Group said that desirability could manifest itself in the form of cooling in the Northeast, which could add “some heating demand in late winter, at the same time that warmer temperatures in the south of the country will stimulate demand for early season refrigeration.

With production and demand increasing in the short term, we think external LNG demand is likely to continue to support the market. Basically what we see is that demand for LNG exports at a time when supplies are tight in Europe, due to the Russian invasion of Ukraine, continues to drive bullish market sentiment.

Note that the volume of LNG exports hovered close to 14 Bcf earlier this week, according to NGI estimates, which is a record that dwarfed the 13 Bcf level that many industry experts they thought it was the limit of the export capacity of the United States.

All of this leads me to think that LNG demand could support the US gas market throughout the year, especially if Europe tries to reduce, or eliminate, its dependence on Russia for gas, however, I also think that the uptick we’ve seen is a bit exaggerated for this time of year. To affirm this, I also base myself on the maximum turn of the daily graphic that represents a bearish signal and that basically tells us that sales are higher than purchases at these levels.