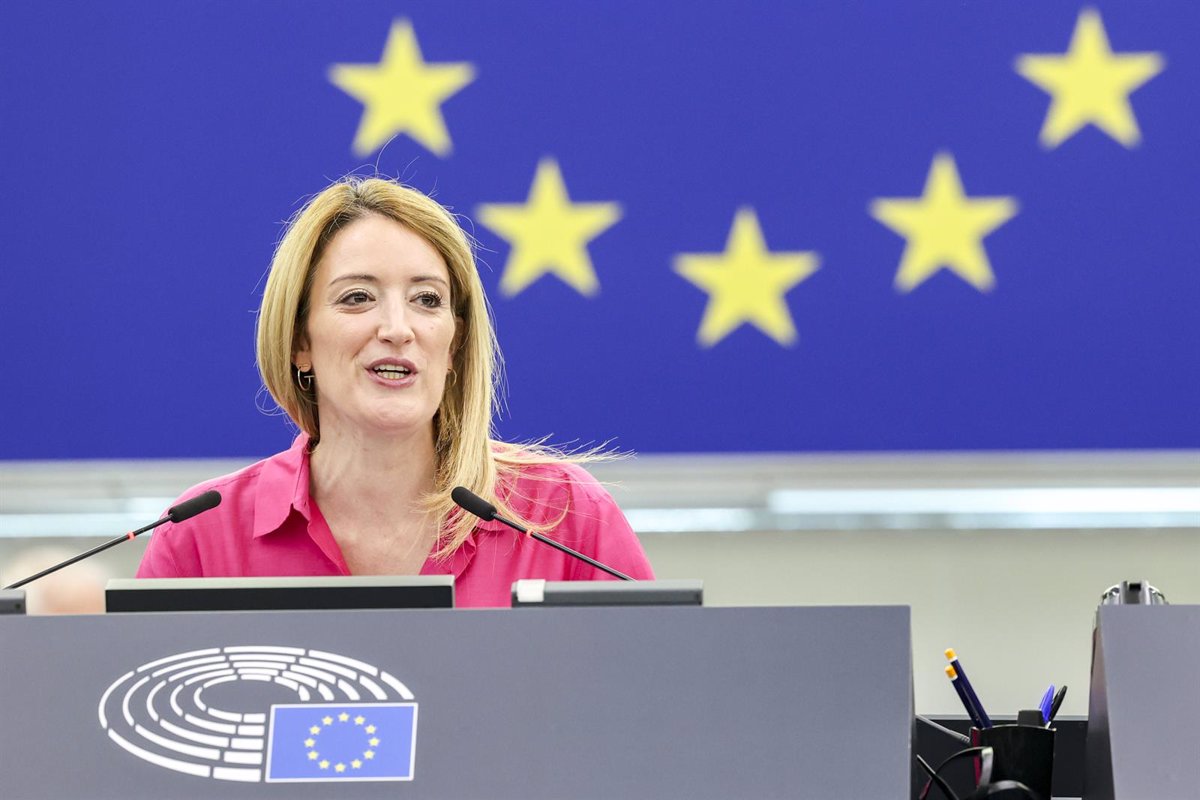 The President of the European Parliament, Roberta Metsola, hinted this Thursday that the institution will help Ukraine at “every step” of its candidacy to join the European Union, although she has recognized that the process may not be “simple”. .

“The granting of candidate status to Ukraine on June 23 confirms our commitment to work side by side towards its full membership of the European Union. It may not be easy, but the European Parliament, its biggest supporter, is at your disposal every step of the way,” Metsola told the Ukrainian parliament in an appearance via video conference.

“The national day of Ukraine is always important, but this year the anniversary has acquired an even more important meaning,” added the President of the European Parliament in her speech, who expressed her wish that “bonds as Europeans will be formalized soon”.

The President of the European Parliament has vowed to use “all available resources, energy and knowledge” to support the Ukrainian parliament and has praised the institution’s role in the “stability of any democracy”.

Metsola has pointed to the “possibility of transforming Ukraine” to make it “more modern”, “sustainable” and “resilient” and calls on Russia to use private sector resources and “frozen assets” for this purpose.

On June 23, European Union leaders granted Ukraine and Moldova candidate status to join the European bloc. This is an unprecedented decision as it implies accepting the candidacy of a country at war, after the European Commission backed the move on the assumption that both countries will undertake far-reaching reforms.