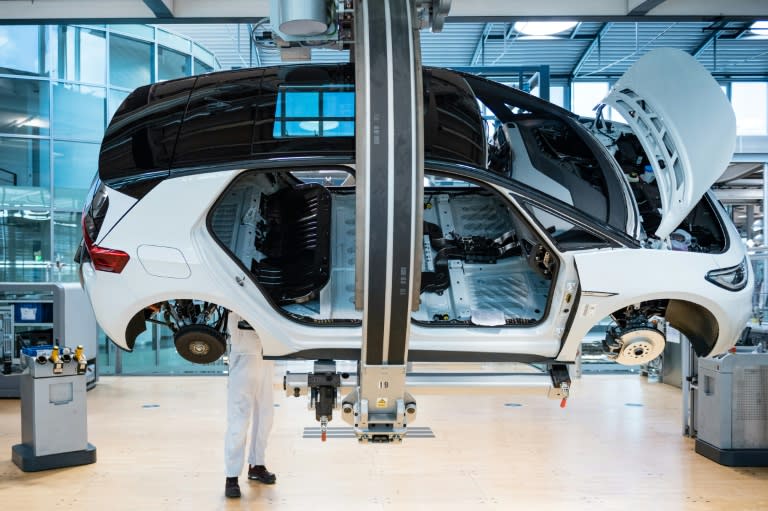 At the moment, there is no sign of a change in trend in the market for new cars in Europe: as the European association of manufacturers Acea announced on Thursday, around 719,500 vehicles were registered in the EU last month, fewer than ever in February since the statistics. were introduced. Compared to the already weak month of February 2021 a year earlier, the decline was 6.7 percent.

Manufacturers continue to face supply chain disruptions, the association said. January had also marked an all-time low for the month with almost 683,000 vehicles. In 2021 as a whole, bottlenecks, especially with microchips, had already caused a significant drop in the EU new car market: the number of new registrations fell to 9.7 million vehicles, the lowest since statistics began in 1990.

The management consultancy EY assumes that the recovery is still a long way off. “In February, it was mainly the lack of semiconductors that led to significant restrictions on new car production,” explained auto market expert Peter Fuss. “Since the end of February, the situation has worsened enormously.”

New bottlenecks in products from major suppliers caused production downtime, Fuss explained. The industry is working “at full speed to replace missing components and raw materials from previous suppliers in Ukraine and Russia with other sources of supply” or to ramp up production elsewhere. However, this takes time. “For customers, this means that the availability of new cars will continue to deteriorate, delivery times will be even longer, and prices will likely continue to rise.”

According to Fuss, there could also be growing problems on the demand side in the coming weeks. “Rising inflation, a corresponding drop in real wages and record fuel prices are likely to have a dampening effect on demand for new cars.”