The escalation of terrorism in Somalia is turning Farmajo towards security 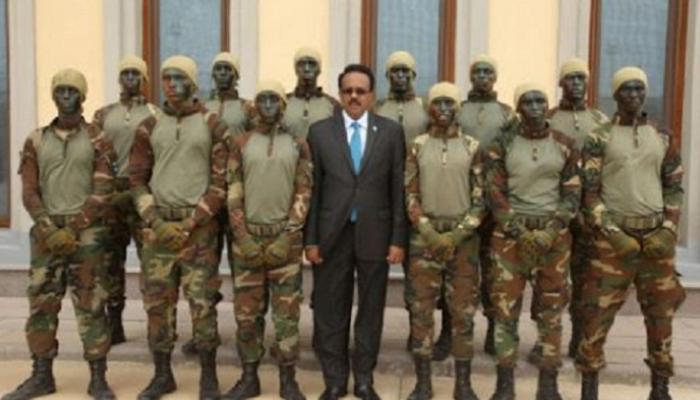 Far from the political conflict in the country, especially between the outgoing president of Somalia and the prime minister of his country,

Muhammad Abdullah Farmajo came out in a meeting with the leaders of the various security services in the country.
The meeting of the Somali president with the heads of the security services took place after the terrorist attacks and the escalation of the sabotage activities of the “Al-Shabab” movement loyal to Al-Qaeda, which is remarkable at this time.

A statement from the Somali presidency said that “Al-Ain News” received a copy of it: “Farmago met with the leaders of the security forces and ordered them to strengthen security in the country in general and in the capital in particular.” .

“Farmago has heard reports from the Somali Police Command on the preliminary investigations into the terrorist attacks that took place last week in Mogadishu and Baldwini,” the statement added.

Farmajo stressed to those responsible for the security services the need to highlight the importance of the security forces intensifying their operations and surveillance to receive the month of Ramadan, in which terrorist attacks are committed, but the Somali government managed to reduce them during the past seasons. .

Farmajo told security leaders: “We are at war with a ruthless enemy who threatens our safety and existence. It is the Al-Shabaab terrorists who we are fighting and working to shed the blood of the Somali people, wherever they have the opportunity.” “. ”

He continued: “Therefore we must always be on high alert and work closely with the intelligence service that supports the police with proactive information before attacks occur.”