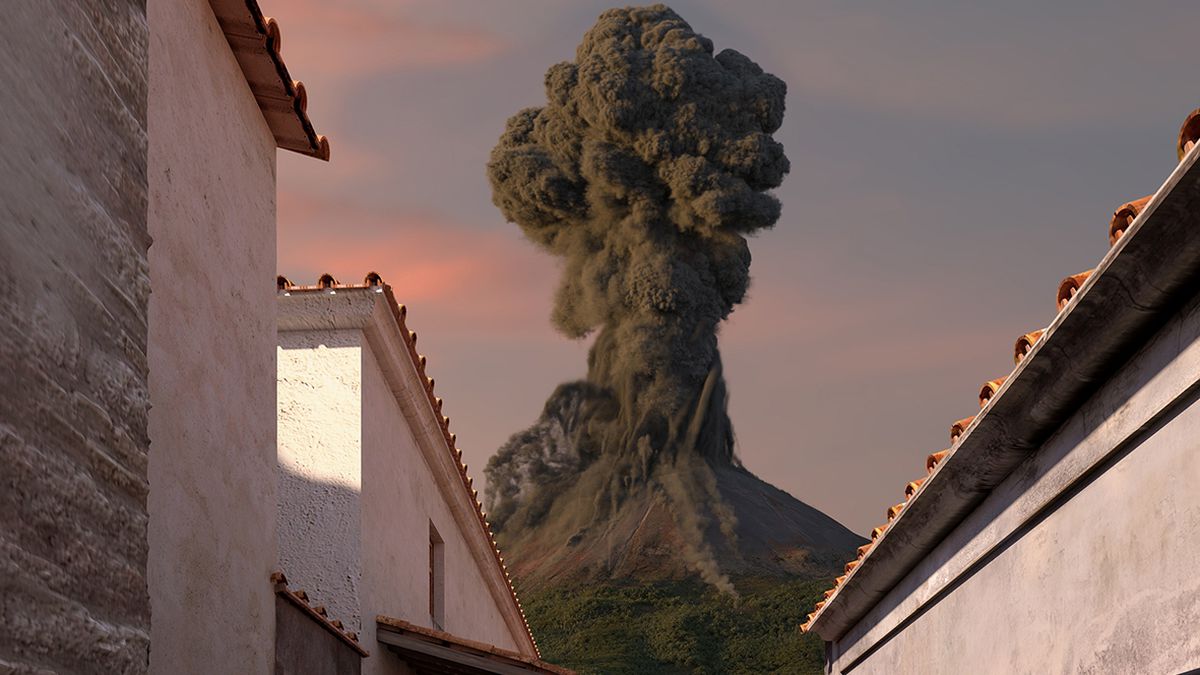 The most famous volcanic eruption in history occurred two months after the date previously believed. A recent scientific study certifies that the rage of Mount Vesuvius devastated Pompeii between October 24th and 25th of the year 79 and not in August as was clearly claimed until 2018. It was then that scholars began to suspect that something was wrong with the times. A charcoal inscription with an autumn date discovered on a house wall began to sow doubts. There were other clues that pointed to an incorrect dating. For example, fossilized corpses were too warm for the summer and wore woolen garments and long jackets that covered their bodies. There were braziers on the doors of the houses and some of the charred fruit did not correspond to the traditional harvest date.

All of these assumptions have now been confirmed by extensive research that has just been published in the journal Geoscientific Reviewsand which was directed by Italian scientists who studied in detail the apocalyptic scenes left behind by the terrible eruption in order to reconstruct all the phases of the terrible explosion.

Until now, history books and guides have given August 24, 79 as the day that Mount Vesuvius erupted and buried Pompeii, thanks to a letter that the ancient Roman writer Pliny the Younger, who witnessed the tragedy, had with him sent to Tacitus. Several experts already spoke of October 24 as the date of the catastrophe and pointed out errors in the transcription of the letter in the Middle Ages. In 2018, these theories gained momentum when an inscription reading “Sixteenth day before the calends of November” was discovered on the wall of one of the houses emerging from the new excavations of the area called Regio V, according to the current calendar corresponds to October 17. That is, a week before the eruption. If the sentence was written in October, the eruption could not have happened earlier. To cancel the previously official date of August, scientists have also taken into account the discovery of a coin, a silver denarius with the image of Emperor Titus, the inscription of which alludes to the month of September.

The international team led by the Italian Institute of Geophysics and Volcanology (INGV) has reanalyzed the facts and corrected the calculation error of the huge time machine Pompeii to travel with greater accuracy to those days of antiquity. The study reviewed the historical, stratigraphic, sedimentological, petrological, geophysical, paleoclimatic and modeling aspects of the eruption and, for the first time, combined them all to provide a more complete picture of the disaster.

The backdrop to that fateful day remains: suddenly, around noon, when the inhabitants of the cities south of Naples, such as Pompeii, Herculaneum and Stabiae, were engrossed in their activities, there was a very violent explosive eruption. Lava, ash and a stream of glowing gas destroyed everything in its path and over time froze it, including houses, objects and people.

Although Mount Vesuvius is one of the best-studied eruptions and has contributed the most to modern volcanology, many questions remain. For this reason, the study was approached from a multidisciplinary approach. Thus, scientists have confirmed that the ash flew thousands of kilometers and reached Greece. The investigation also explains that the eruption took place in eight phases and the characteristics of each one were reconstructed: “The first was very violent and raised a column of smoke up to eight kilometers high, which spread the pyroclastic material to surrounding areas,” it says the text.

Likewise, INGV volcanologist and co-author of the research, Domenico Doronzo, explained that the new study will “improve the applicability of predictive models, from progenitor phenomena to the impacts of various eruptive and depositional processes.” “The spirit of our work was to understand how an event from the past can be a window into the future, opening new perspectives for studying similar events that might happen tomorrow. This study will improve the applicability of the forecast models and help reduce the vulnerability of the areas and the numerous infrastructures exposed to volcanic risk, not only in the immediate vicinity of the volcano but – as Pompeii teaches us – even hundreds of kilometers away from it ., Doronzo points out.

- Advertisement -
Share
Facebook
Twitter
Pinterest
WhatsApp
Previous articleGamescom 2022: Date, tickets, prices and exhibitors at a glance
Next articleThe universities recognize that LOSU “has aspects for improvement” although it has no “frontal opposition” from any group