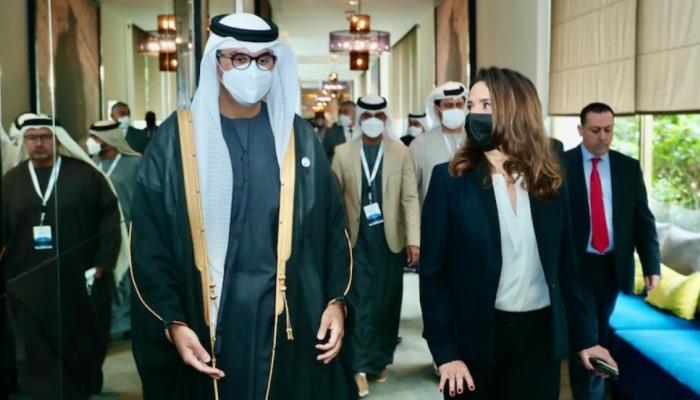 Participants at the 15th Energy Conference in Rabat unanimously agreed on the importance of investing in promoting clean energy and accelerating the energy transition.

The United Arab Emirates was the guest of honor at the conference, in which Morocco’s progress in the energy transition that began more than a decade ago was discussed and future prospects were analysed.

The conference was marked by the participation of a high-level Emirati delegation, led by Dr. Sultan bin Ahmed Al Jaber, Minister for Industry and Advanced Technology, and United Arab Emirates Special Envoy for Climate Change.

In his speech, by the way, Ahmed Jaber revealed the existence of high instructions from the Emirates leadership to be a strategic partner of Morocco in the energy transformation.

He concluded that there is a consensus on the importance of transformation in the global energy sector and that it is a strategic priority, explaining that in order to obtain effective solutions that guarantee energy security and achieve the transition towards the energy of the future, a comprehensive approach is required, an integrated and studied strategy must be adopted.

He stressed the need to invest in creating a diversified energy mix, including wind, solar, hydro, peaceful nuclear and less dense hydrocarbons, and expressed his country’s readiness to cooperate with the Kingdom of Morocco to develop existing partnerships while exploring new opportunities. for partnership and cooperation in various fields.

Al-Jaber praised Morocco’s position in the field of renewable energies and said that it has established a leadership position in this regard, as at least 38% of the Kingdom’s electricity needs are currently supplied from renewable energy sources. renewables, considering that “this is an achievement that must be built with the provision of legislation and laws.” to attract new investment.

The Kingdom of Morocco is working flat out to boost the country’s competitive energy supply, as announced by Leila Benali, Minister for Energy Transition and Sustainable Development.

In line with the recommendations of the new development model, says the Moroccan official, the Kingdom has worked to raise energy security to a strategic level.

In this regard, the Moroccan government is making tireless efforts to supply the service and industry sectors with low-carbon energy. 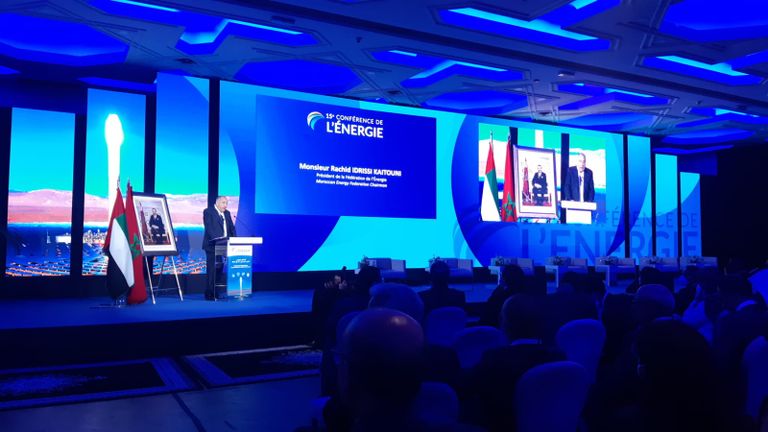 The Minister stressed that energy security and sustainable development constitute the two great pillars of the national energy policy, which is based on three pillars, namely, sustainability, flexibility and competitiveness.

“Morocco is currently positioned as a regional leader in the field of renewable energy through its various projects in this field,” he added.

He called for continuing to accelerate investments in energy transition technologies in view of their role in creating job opportunities and saving energy.

Benali stressed that “the energy transition required decades to be achieved”, which meant that “Morocco’s strategy in this field was based on developing proactive policies to accelerate the transition and turn it into an opportunity by adopting flexibility, competitiveness and efficiency”.

For his part, the Moroccan Industry Minister, Riad Mazur, stressed that, for years, Morocco has launched a series of programs aimed at improving its energy resources in sustainable patterns.

He attributed it to the adoption of an ambitious energy efficiency strategy, which was implemented at the level of various productive sectors.

He stressed that Morocco offers huge energy potentials in Morocco, which allowed manufacturers based in the Kingdom to reduce their energy bills, especially since the energy sector knows significant fluctuations in the price level.

Forger also stated that “Morocco is today on the right path to growth”, noting that “the industrial sector has recovered from the pandemic and has restored employment levels recorded before”.

The Deputy Head of the European Union Mission in Morocco, Alessio Capilani, explained that the energy transition and the fight against climate change are of the utmost importance, especially in light of the constantly changing international contexts.

The European official clarified in his speech that Morocco is among the leading countries in terms of green transformation. He described Morocco’s climate and energy policies as “ambitious”.

The spokesman praised the great role that the Kingdom of Morocco has played in the field of renewable and clean energies. 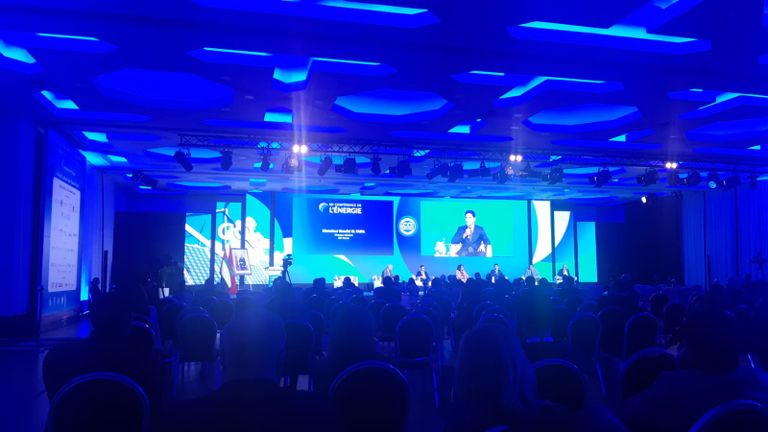 The spokesman revealed that the European Union is counting on the Kingdom to impose itself as a leader in the field of green transformation in Africa, showing its enormous potential and its position as a responsible partner in the preservation of the environment.

He pointed out that the Kingdom of Morocco and the European Union can achieve a set of common gains, by improving energy security, regular trade opportunities and more efficient protection of citizens against the impact of climate change.

Kapilani highlighted the need to formulate a strong, collective and adaptive response to geopolitical challenges related to energy, climate and the environment after the European Union presented the Green Deal, which is intended to be a new growth strategy for Europe, in order to combine environmental, economic and social sustainability.

For his part, Rachid Idrissi Qaitouni, president of the Energy Federation, reviewed the Moroccan experience in the field of renewable energies, highlighting that the Kingdom is a model within international organizations, at the level of green energies.

In this sense, the speaker revealed the will of a group of countries to be inspired and benefit from the Moroccan experience, and spread it in their territories.

He attributed this international demand for the Moroccan experience to the accumulated experience and achievements at the level of renewable energies.

Qaitouni stressed that the Kingdom’s creation of a ministry in charge of energy transition is the best proof that this field is at the center of the Moroccan State’s concerns.

According to Al-Qaitouni, the kingdom has become a leading destination for foreign direct investment in the region.

For his part, Abdel Latif Bardash, head of the National Electricity Regulation Authority, highlighted the importance of investments to successfully open energy systems that depend on renewable and clean resources and energy.

Bardash underlined the need to implement large investments in this field, in order to achieve an energy system that relies heavily on green energy.

He pointed out the need to support private sector companies, either at the national level in the Kingdom of Morocco, or at the global level.

He highlighted the importance of adopting a clear and transparent framework that helps attract investors, stressing that investment planning must take into account the evolution of future demand, which will be characterized by the need to decarbonize many energy-intensive sectors such as transport and the industry. .

For his part, the director of the African Development Bank office in Morocco, Ashraf Tarsem, linked the energy reform in Africa to the possibility that its inhabitants have access to electricity.

In that sense, he drew attention to the main problem of the African continent, which is access to electricity.

In this sense, he highlighted the need to advance in the energy transition in a fair and equitable manner. 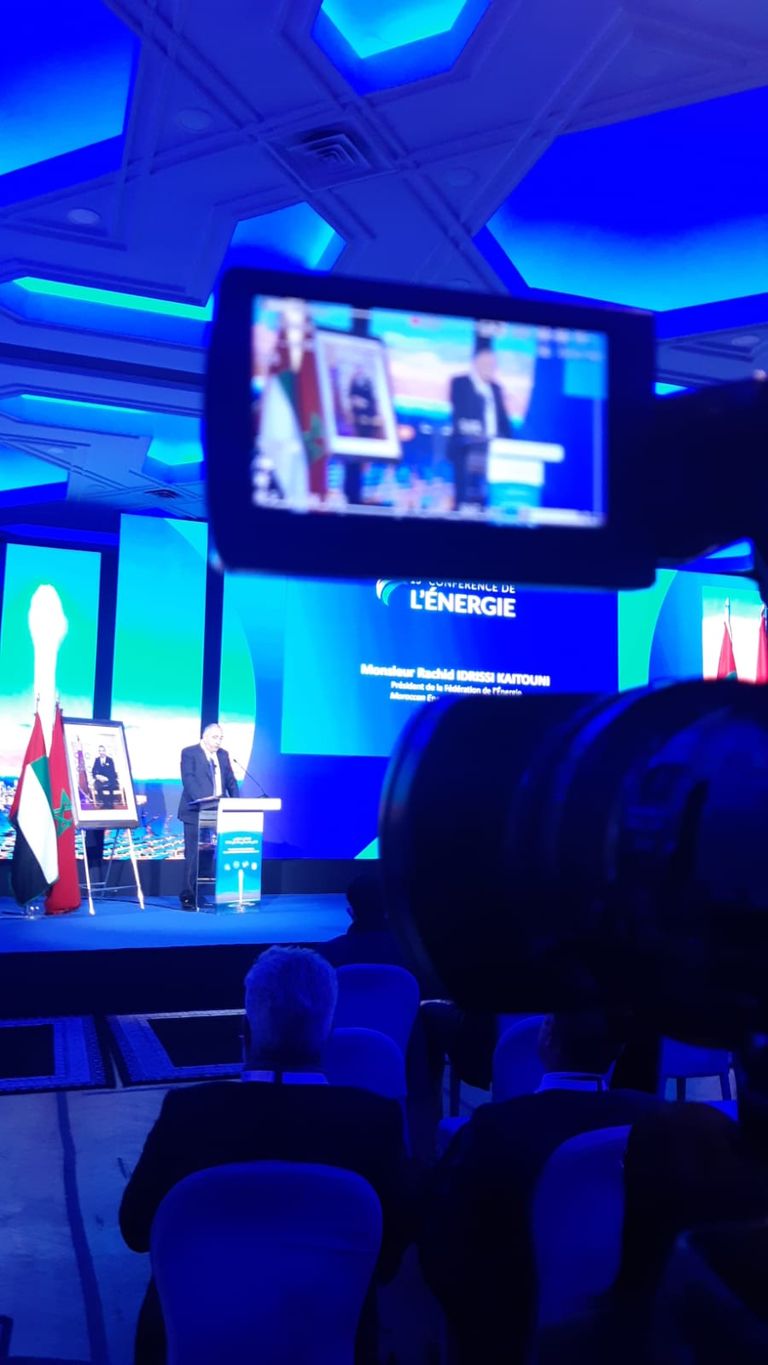 He highlighted the importance of providing access to electricity for the benefit of the African population, based on the perspectives set for 2030.

He explained that it is a great and important ambition that all sectors (private and public) must invest five times more to achieve the desired goal.

For a whole day, Moroccan and foreign experts discussed the various energy issues on stage, especially in light of global transformations and price fluctuations.

The 15th session of the Energy Conference, the organizers chose the theme “The energy transition: a progress report and perspectives for 2035”, which was discussed by various experts, through four discussion sessions.

The first session was held under the title “Accelerating the Dissemination of Energy from Renewable Sources”, in which the participants discussed all the challenges facing the energy transition, while reviewing ways to overcome them.

As for the second session, its theme was “Natural gas, vector of energy transformations and development perspectives”, and the third session addressed the theme “Hydrogen as a new industrial opportunity in the Kingdom of Morocco”.

The conference concluded its activities with the fourth session, in which the ways to abandon fossil energy in the Moroccan industry and the international challenges posed by this step were discussed.

It should be noted that this course was organized under the patronage of King Mohammed VI of Morocco, and in collaboration with the Ministry of Energy Transition.