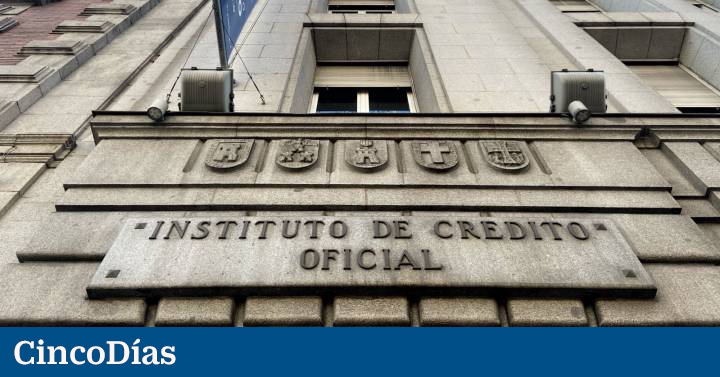 Next Thursday, June 30, the validity of two support measures for companies that were launched at the beginning of the health crisis will end: the insolvency moratorium, which has been extended since it was first approved in March 2020, and the grace period negotiated with the companies for those who from ICO have applied for guaranteed loans.

As for the bankruptcy moratorium, another extension is not out of the question, although experts are skeptical for two reasons: this measure is usually announced in advance and the last extension has already been challenged on the grounds that it prolongs the agony for many insolvent Company.

The deadline for debtors who are not obliged by the moratorium to file for insolvency begins on July 1st. “It is foreseeable that if the disputes start going to court in September, they will escalate in the last quarter of the year,” confirms the Spanish law firm’s deputy dean, José Miguel Tabarés.

The proliferation of competitions will happen “because of the economic crisis we are going through, not so much because of the end of the moratorium itself,” he adds. The President of the Register of Forensic Economists (Refor), Juan Carlos Robles, agrees: “The economic situation, with an energy crisis not seen in decades, will greatly increase the number of competitions. “

That the end of the moratorium, if there is no further extension in the few days remaining, is not the only reason to trigger the contests is because many insolvent companies, although they could be viable, are already gone. A bankruptcy trustee explained that “the economic situation of many of them is so bad that they don’t even have money to pay lawyers to conduct the proceedings”.

The vice dean for the firm notes that “the ideal is that the new bankruptcy law was already in place”. For his part, Robles points out that the pre-bankruptcy mechanism envisaged in the draft law, with professional specialists who will help to save the company in difficulties as much as possible, “is revolutionary and can slow down the avalanche”.

What is happening is that the bill to reform the current bankruptcy law has not yet completed its parliamentary process. Although it was approved by the Council of Ministers in December and treated as urgent, it will be in this last week of June when the Congress plenary approves it. From there it goes to the Senate and then back to the House of Commons in July, although this is a non-working month for plenary sessions. The problem is that the deadline for implementing the European Insolvency Directive is July 17.

If the law were already in force, “the number of judicial bankruptcies would decrease thanks to the spirit of the new law, which aims at anticipation, encourages early restructuring processes of viable companies, avoids declarations of bankruptcy to ensure their continuity. . This will favor the solution through out-of-court settlements, which in turn will help mitigate the collapse of the commercial courts,” says insurance company Solunion.

Another business support that is also disappearing is the grace period for loans guaranteed by the ICO. Officially, this period ended between last March and April, since its term was two years (also one more year). However, in May 2021, the code of conduct was passed, according to which the financial institutions that complied could extend the grace period until June 30, 2022 by negotiating with the applicants. It is not a full grace period, it depends on each negotiation.

This help will not last beyond the time that the government has announced that it will ask Brussels for approval to extend ICO loan repayment terms to eight or 10 years, but has nothing to do with the grace period.

cofides Companies with a turnover of between 10 and 400 million euros have also been the subject of public aid. In 2021, the Fonrec was created, a recapitalization fund managed by Cofides for companies affected by Covid-19. Likewise, companies with more than 400 million euros that had not received funding from SEPI could benefit. These aids will end on December 30. Since December 2021, the number of companies that have benefited from the Forec has not reached 30. The selection of the companies was very strict and rejected 42 bailouts for 455 million euros. Companies that without this help find it very difficult to save themselves and inevitably go bankrupt as this is their last chance.

Default. According to the Bank of Spain, more than 4% of ICO loans are in default and 22.7% are under special surveillance due to risk of default at the end of March, amounting to around 19,500 million.

Time window. On June 30, 2022, the temporary subsidy framework approved by the European Commission, which allows the granting of aid in the form of guarantees or similar to companies affected by the Covid pandemic, will end.