The elimination of one million “explosive mines” in Libya since 2011 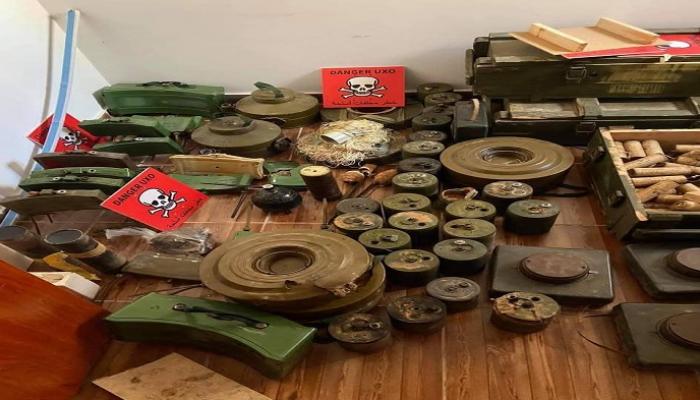 The adviser to the United Nations secretary general on Libya, Stephanie Williams, revealed that since 2011 more than a million explosive remnants of war have been removed.

Williams added in a tweet to her on “Twitter” that the United Nations Mine Action Service continues to remove these threats directed at Libyans.

The UN adviser in Libya reiterated UNICEF’s call to cleanse Libya of unexploded ordnance and ensure that families and communities receive the necessary support to face post-conflict realities.

The international call comes after two children died and a third was injured as a result of the explosion of remains of war in Libya in the cities of Benghazi and Sirte, their ages ranged between 6 and 16 years.

The Acting Special Representative of the United Nations Children’s Fund in Libya “UNICEF”, Lana Wereikat, announced the death of two children and the injury of a third as a result of the explosion of remains of war in both Benghazi and Sirte.

And Werekat added in a statement Sunday night via the “UNICEF Libya” page, a copy of which was seen by Al-Ain News, that on March 17 a landmine exploded in the Al-Ain area. -Talha de Benghazi, which caused the death of the two children, Youssef Ali Al-Jarro Al-Jazoi (10 years old), and Abd al-Rahman Ali al-Jarro al-Jazwi (7 years old), and they were transferred to Al -Jalaa from Benghazi to try to rescue them, but they died.

He noted that over the past year, the United Nations was able to verify the death or injury of at least 26 children in Libya due to explosive remnants of war.

The UN official called on all parties to do their best to remove existing mines and unexploded ordnance and support affected children and families.

Concluding the statement, Wreikat emphasized that all children in Libya, throughout the country, have the right to live in a safe and secure environment.

She also noted that UNICEF continues to work with the Libyan Mine Action Center to raise awareness among children of the dangers and effects of explosive remnants of war throughout Libya.

High-level Libyan sources revealed that the accident occurred as a result of the explosion of a land mine planted by the terrorist organization Benghazi Shura Council years ago during its operations against the Libyan National Army, which managed to expel the terrorists from the eastern region and chase his remains.

On May 16, 2014, the Libyan Army announced the launch of Operation Dignity to eliminate terrorism and disband militias on Libyan soil.

Since then, the Libyan army, despite the arms embargo imposed on this Arab country, has been able to eliminate the terrorist groups, which had more than 18,000 armed men of various nationalities in the eastern region.

It also established security and stability throughout the country, freed the oil crescent, which is the main source of national income in Libya, restored the security of foreign embassies and prevented attacks on diplomats.