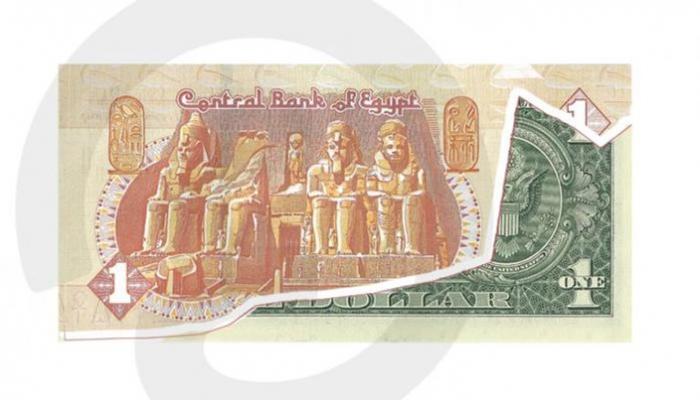 The Egyptian pound continued its decline for the second consecutive day, to register around 18.45-18.55 against the dollar.

Refinitiv data showed the Egyptian pound trading at 18.45-18.55 pounds per US dollar this morning Tuesday, down from 18.27 late Monday.

On Monday, Egypt allowed its currency to depreciate from 15.7 pounds per dollar, the rate at which it has traded since November 2020.

The price of the dollar at the National Bank of Egypt was about 18.43 pounds for buying and 18.53 pounds for selling, which is the same price at Banque Misr.

The price of the dollar today at the Commercial International Bank CIB (Egypt’s largest private bank) reached the level of 18.45 pounds for purchase and 18.55 pounds for sale.

The price of the dollar today at the HSBC bank stood at the level of 18.17 pounds for purchase and 18.27 pounds for sale.

The central bank has set the overnight lending rate at 10.25% and the overnight deposit rate at 9.25%, citing global inflationary pressures exacerbated by the war in Ukraine.

The bank said that global inflationary pressures began to appear after signs of recovery of the world economy from the coronavirus pandemic, due to the evolution of the conflict in Ukraine.

“Added to these pressures are the notable rise in global commodity prices, supply chain disruptions and rising freight costs, in addition to fluctuations in financial markets in emerging countries, which have generated domestic inflationary pressures and increased pressure on the external balance sheet,” the bank said. said.

Headline inflation accelerated to its highest level in almost three years in February, at 8.8% to touch the upper end of the central bank’s target range of five to nine percent.