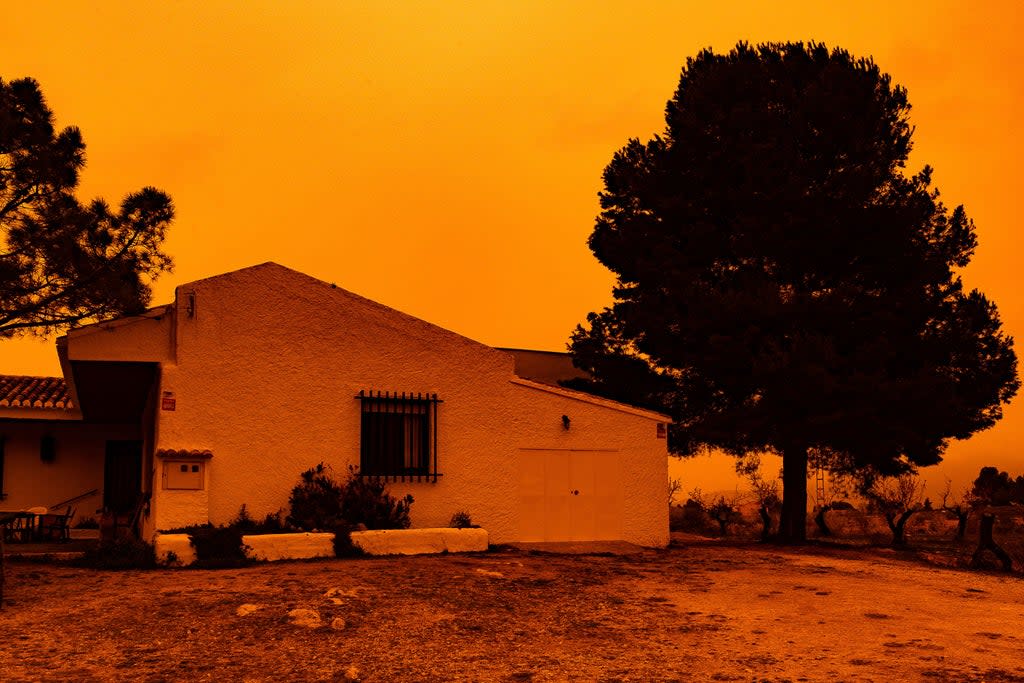 Spain has issued air quality alerts after a mass of hot air from the Sahara desert caused huge clouds of dust to blanket the country.

The capital, Madrid, along with the tourist cities of the southeast, are being the most affected by the dust that arrives from the Mediterranean and that leaves the skies tinted a “Bladerunner” orange.

BBC forecasters warned that dust clouds could move towards southern England on Wednesday.

The Climatology Laboratory at the University of Alicante posted on Facebook on Tuesday that, due to dust, Spain currently has the worst air quality in the world, beating China and India, where smog is often notoriously bad.

Public health officials in Spain have warned citizens to avoid outdoor exercise and wear face masks when outside. People with allergies and respiratory problems are particularly vulnerable to spikes in small particle air pollution.

Although harmful to human health, the dust clouds bring nutrient-laden minerals from the Sahara, the largest and hottest desert on the planet, to ocean life and vegetation.

Sand and dust storms occur annually when powerful, hot winds sweep away loose soil in arid lands. Last summer, trade winds blew huge clouds across the ocean from Mali and Mauritania to the Caribbean and Florida.

In the summer of 2020, a massive dust storm was dubbed “Godzilla” after winds blew nearly 24 tons from the Sahara into North and South America. It was so big that astronauts tweeted photos of the dust cloud from the International Space Station.

After “Godzilla” took off, NASA used satellite data and computer models to study the columns.

While the dust clouds will continue to vary from year to year, scientists predict the plumes will reach their smallest size in 20,000 years this century due to warming oceans caused by climate change.

This is because sea surface temperatures have a direct impact on wind speed. If there is warming in the North Atlantic Ocean, the trade winds will weaken and will be able to carry less dust from the desert.

Those weaker winds also mean that tropical rainbands can move more easily into desert regions, keeping the sand moist and less likely to be blown away.

The smaller dust clouds are part of a feedback loop that is increasing global warming. Particles in the air have the ability to reflect the sun, so with fewer suspended particles, more sunlight and heat reach the ocean water, causing it to get even hotter.