The drunken walk, the traces of chance and the game of dice in some cursed books 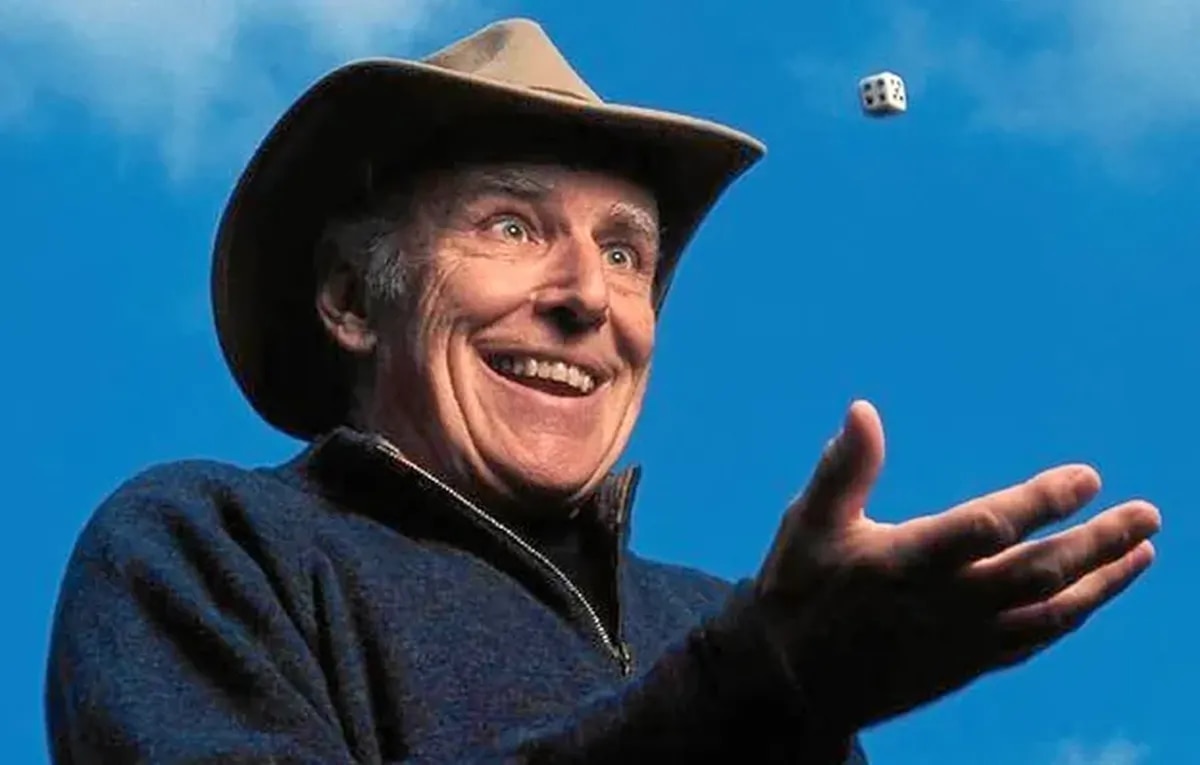 the novel the dice man It ushered in the literary decade of the 1970s in the United States. It is a transgressive and very original story in which the protagonist is chance, not as an intrinsic right of nature but as a divine destiny.

Its author, the North American George Cockcroft (1932), signed it as Luke Rhinehart, the psychiatrist who gives voice to the novel; a pathetic and unreliable man whose depraved behavior is justified by the rolls of the dice. It is the dice and not his propensity for immoral acts that lead this psychiatrist to various errors.

Perhaps to find the reasons that compel Rhinehart to move within the so-called pattern space we have to go back centuries, when in the Roman Empire Greek-style mathematics were discarded and they were used only for practical matters like measuring and counting . Because, as the theoretical physicist Leonard Mlodinow emphasizes in his book The drunk walk (Criticism), In Roman culture practical matters prevailed, so that the classical virtues of truth, beauty and goodness of legendary Greece were banished by Roman cunning and prudence when it came to resolving measures in war.

As the Probability Guide of Life -Cicero dixit-, the Romans were the first to study the probabilities of an event occurring. But it wasn’t until the 16th century that the western world was ready to “develop a theory of probability,” as Mlodinow tells us in his book, whose title alludes to the random trajectories that molecules take when they wander about the universe and collide with each other, which leads us to believe that random processes with their drunken steps are one of the foundations of nature.

In the mentioned book, written in an entertaining way but without excluding scientific rigor, Mlodinov immerses us in the history of the interpretation of chance and its understanding, as well as in the laws of probability, illustrating it for us with examples accessible to everyone , making this work an instructive and very entertaining read. In one of his chapters we find the story of a man who deserves a separate section as he is the first to have written a text on gambling; the first approach to the nature of uncertainty from a mathematical point of view. His name: Gerolamo Cardano.

This Gerolamo Cardano even predicted the date of his death, September 21, 1576 in Rome, at the age of 75. In order not to lose face with his predictions, he committed suicide. However, this was not the only peculiarity that accompanied his biography, but there was more; from his dirty birth, which took place in a poor house in Pavia, to the economic ruin he suffered, accompanied by later wealth thanks to the study of randomness in the game of dice, since he developed a theory that he put into practice in the novel way , that is, to gain advantages in the war that was his life.

But not only for this will Gerolamo Cardano go down in history. He is also responsible for developing the mechanical suspension and transmission system for automobiles known as gimbals, a system that allows two axles that are not on the same line to be connected. Despite this lack of collinearity, thanks to Cardano’s idea, rotational motion is transmitted from one axis to the other.

Therefore, if the gimbal fails, the vehicle is shut down. This idea was inherited from his putative father, Fazio cardano, who worked with Leonardo da Vinci. But what brings us here is his theory of probabilities, which he left written down Liber de Ludo Alae (Book of Gambling), a work he never published for fear that someone would successfully learn to play the game.

A Cursed Book Like the Other Book, written by George Cockcroft under the pseudonym Luke Rhinehart, the dice mana novel that has been banned in many countries for its crude sex and violent scenes.