The dollar is chasing the currencies of many Middle Eastern countries. Who are they? 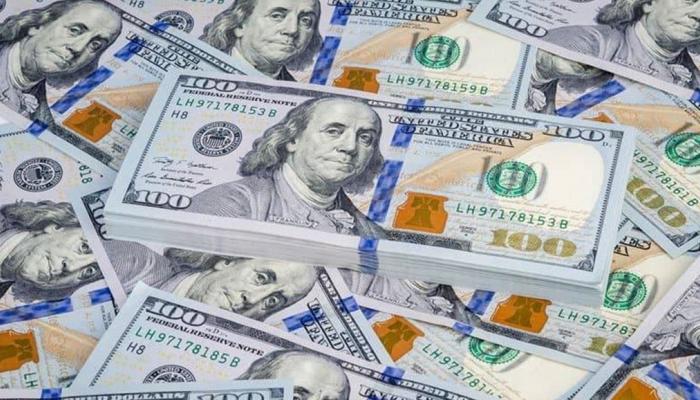 Will Egypt be the only country in the region to devalue its currency against the dollar, a question was raised after the green’s strong gains against emerging market currencies.

Last week, Egypt devalued its currencies against the US dollar along with a sudden increase in the main interest rate by 100 basis points.

But the sudden movement scenario in Egypt is expected to be repeated again, but in neighboring countries, in the context of the economic repercussions of the Russian war in Ukraine.

An analysis published by the “Bloomberg” agency predicted that Egypt would not be the only one in the Middle East that would be forced to devalue its local currency.

Cause of the Ukrainian war

According to the analysis carried out by the economic analysts Ziad Daoud and Boengotlu Gisalaho, many countries in the Middle East and North Africa are at risk of devaluing their currencies as a result of the economic difficulties resulting from the war in Ukraine, which caused a significant rise in the prices of crude oil and many basic products in world markets, and the deterioration of the foreign exchange reserves of these countries.

According to Bloomberg analysis, oil-importing countries such as Lebanon, Egypt and Tunisia face huge losses as a result of rising commodity prices. Egypt has already been forced to devalue its local currency by 15% as interest surged at an emergency meeting of the Egyptian Central Bank’s Monetary Policy Committee on March 21.

If Egypt preceded other countries in devaluing the currency and raising interest rates, Tunisia and Lebanon are expected to be next to take similar steps, and perhaps to a greater extent.

On the other hand, there are countries in the Middle East that are reaping huge benefits from the fallout from the Ukraine war, especially the oil-exporting countries of the Gulf Cooperation Council, which are seeing huge cash inflows as a result of high oil prices. Petroleum. These revenues are expected to help offset the effects of high import prices from these countries for other commodities.

In the Sultanate of Oman, Sultan Haitham bin Tariq said today: “We will seek to exploit the increased oil revenues as much as possible to get rid of the country’s public debt…and what is left will be spent on development projects.” .

Oman’s Ministry of Finance had said last January that it expected the current year’s budget deficit to reach $3.9 billion if the average price of oil reached $50 a barrel, while the current oil price is no lower. at $100 a barrel.

In Iraq, which is rich in oil wealth, the government still needs to provide support to consumers suffering from price hikes.

Analysts Ziad Daoud and Boengotlu Gisalaho say they identified the position of the 14 Middle Eastern and North African countries against the risk of devaluing their currencies based on four measures:

First: the amount of its exports of goods and services to both Russia and Ukraine, according to information from the International Monetary Fund’s “Trade Trend Statistics” database.

Second: the extent to which countries depend on importing fuel from abroad, according to the World Trade Organization database.

Third: the degree of dependence on food imports from abroad, according to the World Trade Organization database.

And finally, the foreign exchange reserves of those countries, based on regional economic forecasts issued by the International Monetary Fund.

And last Monday, the price of the dollar in Egypt soared, in the transactions of the Central Bank and government and private banks, after the Egyptian government devalued the Egyptian pound in conjunction with the increase in interest rates.

Prices in Egyptian banks saw a big jump last Monday, with the buying price of the dollar hovering between 18.15 and 18.17 pounds, while selling prices ranged between 18.25 and 18.27 pounds per dollar. , after it was trading at 15.65 pounds for sale and 15.75 pounds in the dollar. one day before.

During today’s trading, the dollar registered 18.32 pounds for sale and 18.42 for purchase, according to the website of the Central Bank of Egypt.

This comes at a time when the dollar is witnessing successive jumps in Sudan, especially when the Central Bank of Sudan announced to float the national currency and not interfere in exchange rates and leave the mechanism of its regulation in the banks, on the 7th of this month.