The Documenta invites you to logic 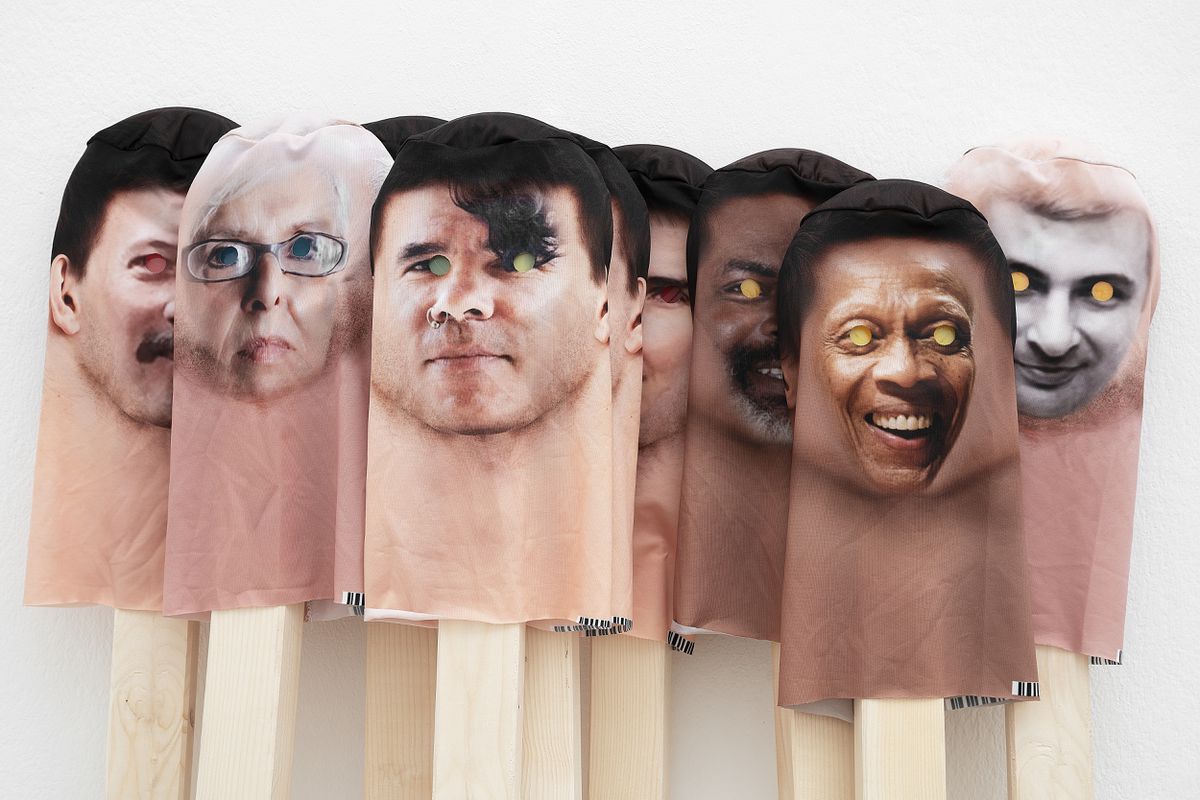 Documenta 15 will not be the most spectacular of the recent editions of contemporary art, but it will be the happiest. As neither painting, nor sculpture, nor any of the visual arts can heal, the exhibition in Kassel, Germany, the most anticipated of the visual arts, is slowing the clock. time out One hundred days to activate a work of art – italics is mandatory in this context – urgent, willful, anti-authoritarian and under construction to reflect a vision of social dignity and also of the idyll with nature. Nude art in front of the pond.

This choral work is signed by dozens of groups making a total of 1,500 creators, distributed among the so-called Lumbung members Y Lumbung artist, related to the method of rice harvesting and management in Indonesia. Most come from the southern hemisphere and carry out their work under the artistic direction of Ruangrupa’s nine members, who are artists, architects, engineers, sociologists, designers, musicians and writers. Its mission is to look back at the primal energies of art with works on a human scale, grosser, without theoretical twists, living not in poetry but in emotional logic and near reality. Nothing that hasn’t been done before or that isn’t already on display in most conventional museums. It is not a simple or easy question when the public administration will pay: no less than 42 million euros budget (Documenta 14 reached 46). Most of the objections might be related to the artists coming from non-Western cultures, being virtually unknown or their proper names disappearing under the acronym of a collective with no other passport than their own modernity. They manage plantations, create gardens and make their own compost; they recycle furniture, they set up a grocery store with sacks of potatoes, bananas, Campbell cans and Coca-Cola bottles, all fake. Later they are to be sold as artistic works and social projects are to be financed with the money.

They have their own printing house, Lumbung Press, where they print and distribute their work in real time to the public that interacts with them. They weave tapestries from leftover garments depicting biblical or protest scenes, decorate walls or graffiti walls with anti-capitalist messages (“White Lies Matter,” reads a play), set up schools for children and an agora with colorful carpets for debate becomes this false democracy that plunders and infantilizes us, or about the distribution of intellectual capital and the new ways of imparting knowledge. Between tents and tents, they parade through the city’s well-kept parks and, with videos and slogans, denounce the land grabbing of the indigenous people or the exploitation of natural resources by multinational corporations. They work in a network, use the latest advances in digital technology (especially in the months of the pandemic), but above all they work hand in hand. All of this may sound familiar, but in the end we always see it boiled down to a pattern. The difference is that it now has a certain air of fable: Ruangrupa has circumnavigated the globe. The south is now the north, and it’s all here and now, with the gaze looking at us from the other side.

For several editions, the city of Kassel has been a great commuter where the transformative power of art is put into practice. In 1982, when marketing was already pure self-confidence, while painterly eclecticism – neo-impressionism and trans-avant-garde – were on the rise, German artist Joseph Beuys presented his work at Documenta 7 7000 oak trees (7,000 oaks), which consisted in placing seven thousand blocks of basalt in front of the facade of the Fridericianum Museum. At one end of the stack of blocks, he planted an oak tree with his bare hands. The proposal brought with it a requirement: the blocks would only move if a tree was planted next to each of them at each new location. In the meantime, they would stay where they were. It took more than five years to carry out the urban reforestation. The last tree was planted without the artist, who died in 1986. Citizens, administrations and companies were involved in the work. It sparked controversy and harsh criticism, but in the end no one doubted the positive impact it would have on the city, which today, with the support of the Foundation, tends to the same stones and trees 7000 oak trees and was declared German national heritage in 2004.

40 years have passed, four decades of radically accelerating violence against living beings on Earth, poisoning the subsoil and the oceans. And the most important lesson of this artistic action – the subtitle was “Afforestation of the city instead of city administration” – is that it draws all its strength from the contractual relationship with the public sector. Beuys anticipated what is a political urgency today: the protection of nature in the city and forest as a survival necessity for all species. “When I thought of a sculptural design that would take not only the physical material but also the mental material, I was really driven by the idea of ​​social sculpture,” he argued. An invitation to all human reason, which the writer Enrique Vila-Matas did not find at Documenta 2012, when he saw himself transformed into a “living artistic installation”, or the artist in his ivory tower, a Chinese restaurant, as he did in it told Kassel does not invite logic (Seix-Barral).

There will be serious and harsh criticism, but it will only serve to illustrate our own conflicts

The basalt and wood of yesteryear coexist with the artistic practices of today, because at this documenta everyone plays quijote for a while. Real literature that we find in the little things. Sometimes they are invisible or the size of insects, as we learn from the Colombian proposal More art, more action (MAMA) who are collaborating with the Dutch at Atelier Van Lieshout to connect Pacific mangroves to trees in Karlsaue Park near the Orangery dying from a new beetle infestation. Once the logs have been recovered and placed in a greenhouse containing a sound work featuring sounds from the Colombian forest, they will be cut and distributed in the natural environment as mobile seating for the public. Others are arranged around one of the Beuys oaks with their basalt stone, next to a table arranged in a circle, intended to stimulate debates on climate change.

Not all are processes. There are also works at this Documenta that possess the formal elegance of realized thought. The Mexican Erick Beltrán is presenting an installation in the Museum for Sepulchral Culture that was created in collaboration with students of fine arts from Kassel. It contains objects and infographics with mystified images in the different cultures and legends about colonization and the different ways we need to emancipate ourselves from these symbols of power. “How do we escape history?” he asks. One of the sentences printed on a wall could sum up this documenta: “The subject is not the body here, but the one expanded outwards, the body that produces endless forms in mythological space and time.”

There are many ready-made constructions that indicate the logical economy of tailoring. Other works will go unnoticed, although an attempt at signaling has been made in this edition. On the city map they are divided into four districts, each marked with a color and a term: yellow in the middle corresponds to the capital; in the north, in the university district, to the social; in the east, in purple, to the industrial; and on the banks of the Fulda to Ecology. There are also shortcuts that are very easy to follow through the family guides admirably designed and edited by the Bilbao tourist guide-type collective Consonni. They propose five tours, each with 16 works according to the criteria of one or more artists from different cultures exhibited in Kassel. It is useful to point out that the order for the documenta catalogs and guides for Consonni came from Ruangrupa’s visit to the Basque Country in 2020 at the invitation of ZABAL-Artingenium, an international program aimed at promoting Basque artistic creation among international curators to make arose . .

It is very likely that this documenta will be broadcast late or not at all. There will be solemn, harsh, or witnessing criticism, but they will only serve to typify our own conflicts. The spectacular nature of the “failures” called this hotbed ventilation it’s part of the process. Even if it’s not immediately obvious.

First images of the Hyundai Ioniq 6: like a mixture of Tesla, Porsche and Audi

These are decisions from the top

Alexia Putellas: “I think men’s football is a bubble that’s about to burst”