The discovery of the tomb of a surgeon who lived a thousand years ago in Peru. What was found in it? 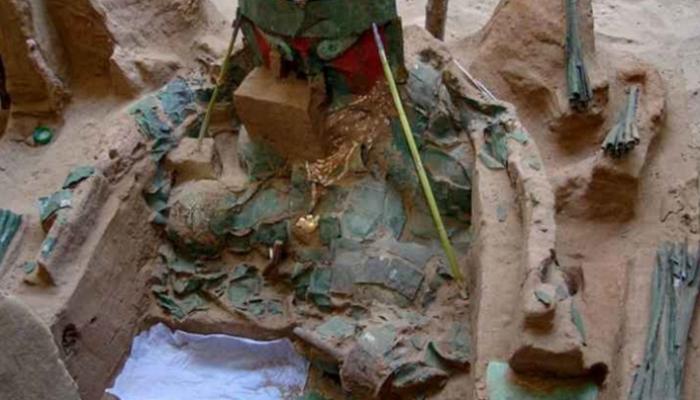 Archaeologists announced this Wednesday the discovery of the tomb of a surgeon dating back more than a thousand years, before the rise of the Inca civilization, in a temple in northern Peru.

“We have managed to excavate a tomb more than a thousand years old of a character who fulfilled the function of a surgeon in the Sicanese culture,” archaeologist Carlos Elera told AFP.

The discovery occurred at the end of 2021 in the Mausoleo de Las Ventanas temple, located in the Bosque de Pómac Historical Reserve in the Lambayeque region, 800 kilometers north of the capital, Lima.

“The character was specialized in trepanation and his surgical instruments were dedicated to everything related to human skull surgery,” said Ilira, who is director of the National Museum of Sikani Culture.

The Sicanese culture, also known as the Lambayeque culture, emerged between 700 and 750 AD and lasted until 1375.

In pre-Columbian Peru, trepanation was a common practice to get rid of bruises or to remove broken skull bones, most likely during wartime clashes.

The coffin contained a gold mask, a large bronze pectoral and other pieces that attest to the position of the buried, who was found squatting by archaeologists.

“In the north of Peru, it is not uncommon to find this type of person,” Elera explained.

Among the surgical instruments discovered are knives with semicircular blades and others with wooden handles, awls and needles.

The archaeologists also found unspecified pieces of tree bark that may have been used as pain relievers.

“We compared the tools of the modern surgeon with these things to determine the similarities between them,” Elera said.

- Advertisement -
Share
Facebook
Twitter
Pinterest
WhatsApp
Previous articleWilliam expresses ‘deep pain’ over slavery and acknowledges Jamaica’s ‘pain’
Next articleMercadona dismisses the accusation of simulating scarcity as a hoax, but it does not do much good