The discovery of a precious treasure in Iraq… the full story 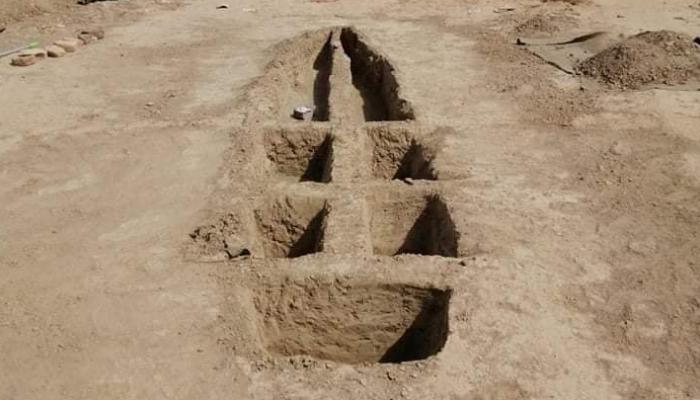 On Monday, Iraq’s Department of Research and Excavations revealed new details about the discovery of the “first archaeologically preserved ship in the Near East.”

The discovery came within the work of the German mission at the Al-Warka archaeological site in the Muthanna Governorate in the south of the country.

The Director General of the Research and Excavations Department, Ali Shalgham, said in a detailed statement that “Al-Ain News” obtained a copy, that “the German Archaeological Institute is carrying out research work in the archaeological city of Uruk (Warka), which includes archaeological excavations and prospecting work within a radius of 3 km outside the old city wall, according to official authorizations from the General Directorate of Antiquities and Heritage.

Shalgham added: “Through inspection work, a boat made of wood, covered with tar, was discovered to the east of the city, near the wall within the archaeological taboos of the city, and is linked to an ancient river or canal. “.

He explained that a modern dirt road passes about 40 meters near the discovery site, and farmers in the area often use it to reach their agricultural land.

He noted “coordination and close cooperation between the General Authority for Antiquities and Heritage and the German mission, due to our fear that random traffic could lead to damage to the ship due to unintentional sabotage.”

He noted that “the mission carried out detailed documentation work in 2021 by preparing high-resolution maps using aerial photography and geophysical analysis,” and explained that “in this 2022 season it was agreed to hoist the vessel to preserve and save it.” of damage due to the passage of time.

And he stated: “The mission, under the supervision of the representatives of our authority, carried out scientific reconnaissance procedures on the vessel, which preserves its original position, and we were able to preserve the deck (the bitumen), which is very fragile. , and after discovering the inside of it, as well as the part around it, and securing it completely.”

He added that after that, “it was decided to move the boat and take it out inside a protection block, covering the boat with mud and plaster to give it stability, since otherwise the details cannot be cleaned and documented for fear of it collapsing. ”.

Shalgham stressed that “the Antiquities and Heritage Authority will transfer the ship to the Iraqi Museum in Baghdad, including the pieces that were found and preserved and constitute approximately 90% of the entire ship, and therefore it will be the first ship of this type preserved. “. archaeologically in the entire Near East (except Egypt). “Hence its special importance,” he said, explaining that “further studies in all its details will be carried out in the Iraqi Museum, accompanied by more documents for all the characteristics of the construction” . and restoration project. 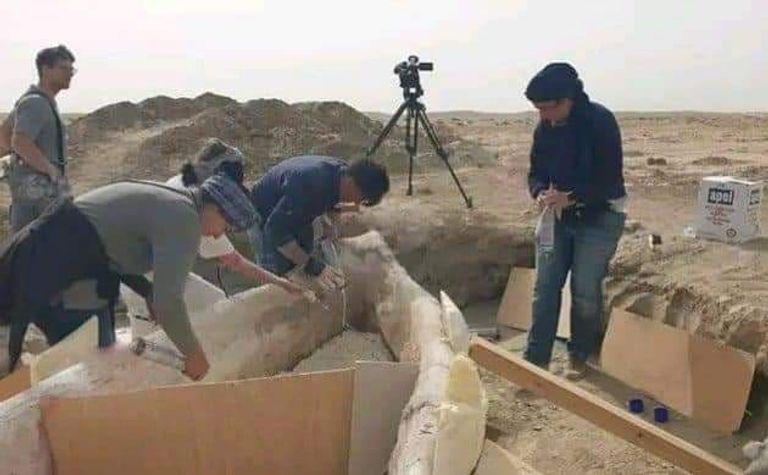 Earlier, the deputy director of the Muthanna (southern Iraq) Antiquities Inspectorate, Fadel Abdul-Abbas, said that “the joint German-Iraqi archaeological team officially announces the discovery of a ship 7 meters long, one meter wide and 40 cm, and its age exceeds 4,000 years”.

He explained that the joint archaeological team also found ceramic models of some jars, plates and small boats that resemble the large boat discovered next to the boat.

He pointed out that this vessel was initially identified 10 years ago by one of the archaeological guards in the area, later it was inspected from the air and today its excavation officially concluded, confirming that the discovered vessel is in very good condition, and is unique in its kind and represents a precious treasure for Iraq.