The disappearance of smartphones and the ‘tattoo’ is the alternative 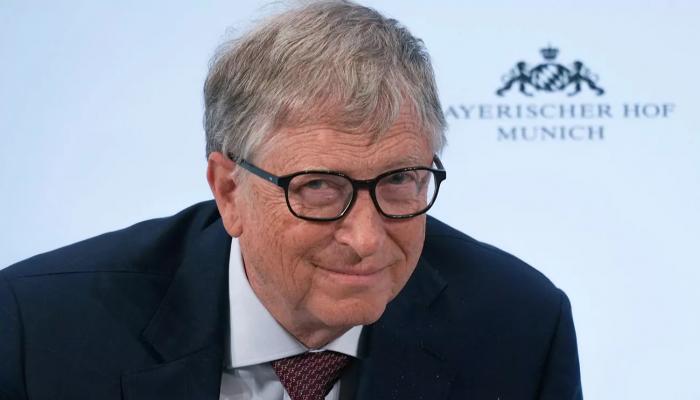 Bill Gates, founder of Microsoft, predicted the demise of smartphones in the future in their current form.

The American billionaire added that he expects the demise of smartphones, to be replaced by modern technology that focuses on software, design and development of mobile devices.

He described the future technology as an electronic tattoo on the skin, in which medical and sports data would be collected, and it would allow calls and messages.

He continued: “The new technology will not be implemented anytime soon, expressing hope that it will become real and ready as soon as possible.”

The Spanish newspaper Marca and the website “world news tody” quoted Gates as saying that this new technology will contribute to the disappearance of smartphones, as mentioned.

Today, artificial intelligence tends to allow individuals to perform various services that they perform through any device or what is known as “Hands Free”, that is, performing electronic communication tasks without devices at hand.

This is not the first time Gates has made predictions that may seem unrealistic at first glance, in conjunction with his contribution to a company developing this feature.

The electronic tattoo is developed by the biotech company Chaotic Moon; Its objective is to analyze and collect information from the human body.

The data stored in tattoos is medical and sports information to prevent and control diseases, as well as improve physical performance and exercise through vital signs.

While the electronic tattoo is still under development to be a smartphone capable of receiving calls and messages and reading them, either through voice or by transmitting information through glasses.

Gates’ idea, which has been seen in many Hollywood movies and also in one of the most famous AI series “Better Than US”, is that people can use the electronic tattoos developed by Chotech Moon to make calls, send messages or find addresses.

So far there is no talk of an estimated time of when it will be launched or sold on the market. Gates and his team are looking at ways to make new devices that people use and do things like smartphones.

In the Russian series, produced in 2019, for the benefit of the Russian government, in some of its scenes it refers to the actors making calls and receiving messages through electronic tattoos on their hands.

- Advertisement -
Share
Facebook
Twitter
Pinterest
WhatsApp
Previous articleFrance allocates 2,000 million euros to mitigate the effects of high fuel prices
Next articleI thought owning a home and business was out of my reach, but these 3 strategies made it happen