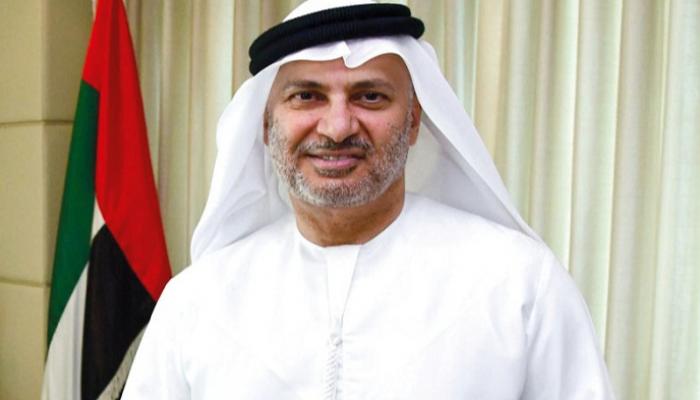 Anwar Gargash, diplomatic advisor to the President of the UAE, valued the UAE’s participation in the “Negev Summit” organized by Israel for two days, which concluded its work on Monday with the participation of the foreign ministers of the United States, the United Arab Emirates, Egypt , Bahrain and Morocco.

Gargash told him in a tweet on Twitter today, Monday: “The UAE’s participation in the Negev Summit stems from our belief in taking a regional approach that deepens economic cooperation in the region and bridges gaps through a discourse of tolerance and communication”.

The diplomatic adviser to the UAE president added: “The Negev summit is one of the platforms through which we seek to advance the agenda of stability and prosperity away from the political polarization that has exhausted the region.”

At the conclusion of the Negev Summit, the foreign ministers of the United Arab Emirates, Egypt, Morocco, Bahrain, the United States and Israel unanimously renounce terrorism and promote peace.

In his speech at the joint press conference following the conclusion of the summit, the United Arab Emirates’ Minister for Foreign Affairs and International Cooperation, Sheikh Abdullah bin Zayed Al Nahyan, described the Negev Summit by saying: “We are witnessing historic moments with our meeting in Israel”, highlighting that the latter has been part of the region for a long time, and it is time to build strong relations with it.

Sheikh Abdullah bin Zayed Al Nahyan noted that the UAE seeks to create a different future for the children and grandchildren of our peoples.

The Foreign Minister of the United Arab Emirates mentioned the role of Egypt, saying that “it has shown us a leading role in establishing peace relations with Israel, and there are great opportunities that result from cooperation with Israel, and we will win , There’s no doubt”.