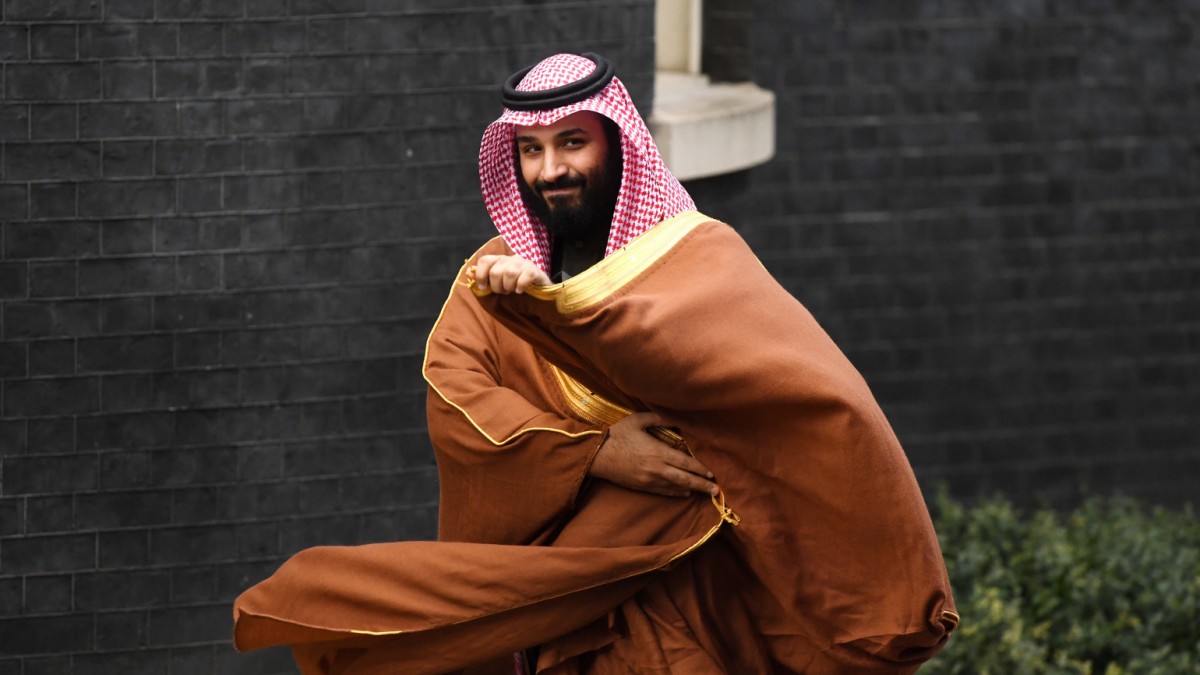 There is an Arabic saying: Cross one leg over the other. It means something like: You are equal to your counterpart and now make the announcement. This is exactly what Saudi de facto ruler Mohammed bin Salman, or MbS for short, appears to be planning to do with US President Joe Biden. Shortly after taking office a year ago, Biden had an intelligence report released that blamed the crown prince for the dissident’s murder. Washington Post-Journalist Jamal Khashoggi blamed the Saudi consulate in Istanbul. The Russian war in Ukraine now puts the controversial crown prince in the comfortable position of playing the oil card.

While former US President Donald Trump caught MbS with his first trip abroad, current President Joe Biden has so far avoided any contact with the Saudi de facto ruler. The two have never met in person as officials. Biden had already announced during the election campaign that he would “make Saudi Arabia the pariah that he really is.” He promised to hold the country accountable for human rights violations. The world situation changed with the Russian war, now Biden needs the world’s largest oil exporter to avoid further price increases. But Mohammed bin Salman apparently does not intend to forget Biden’s critical stance so quickly and is therefore sticking to the oil production deal with Russia and other states in the OPEC oil export cartel.

According to some US media, the US president has been trying in vain for weeks to approach Riyadh and Abu Dhabi. the Wall Street Journal reports that both nations are ignoring calls from the US president and refusing to boost oil exports to offset rising prices in the wake of the war. Now reports are mounting that top advisers are recommending a spring trip to Saudi Arabia for Biden to warm up relations that have cooled. White House press secretary Jen Psaki declined to confirm those plans last week. Psaki also denied the rejected phone calls, describing them as “inaccurate”.

Instead, he referred to the phone call between Joe Biden and Saudi King Salman in early February, in which, among other things, energy security was discussed. A February White House statement said both leaders reiterated their commitment to “ensuring the stability of global energy supplies.” After all, Psaki acknowledges that top US officials traveled to Saudi Arabia last month to “discuss a variety of issues, including the war in Yemen, security in the region and certainly energy security.”

Saudi Arabia’s announcement a few days ago that it is committed to an “Asian expansion strategy” is even more striking: Aramco’s subsidiary, SAAC, will expand refineries and petrochemical plants in China and Saudi Arabia with the Chinese state oil company Sinopec. Aramco is the world’s largest oil company. For the US, this is an unwelcome affront. On the same day, Washington stopped Russian oil imports and asked OPEC to significantly increase oil production. But Riyadh kept moving east, even as the US and Europe are more dependent than ever on Saudi and Emirati oil.

The rulers of the Gulf know this and that is why they remind us of the demands, which are more like a catalogue. Facing recent attacks by Yemeni Houthi rebels against targets in the Emirates and Saudi Arabia, the Gulf states feel alone. Riyadh insists on more support in the stalemate in the war in Yemen and security guarantees for Tehran, the closest ally of the Houthis. The Saudis are also demanding help with their own civilian nuclear program and legal immunity for Mohammed bin Salman in the United States. There are several lawsuits pending there against MbS, also for the Khashoggi case. A complaint was also filed against the crown prince in Germany. Reporters Without Borders accuses MbS of crimes against humanity.

MbS recently said in an interview with the Atlantic: Riyadh aims to maintain and strengthen its “long and historic” relationship with the United States. It seems that this time Washington will have to put up with the good will of the Saudis. Only then could Riyadh give in.