The designer reveals the secret behind Sofia’s perfect royal dress 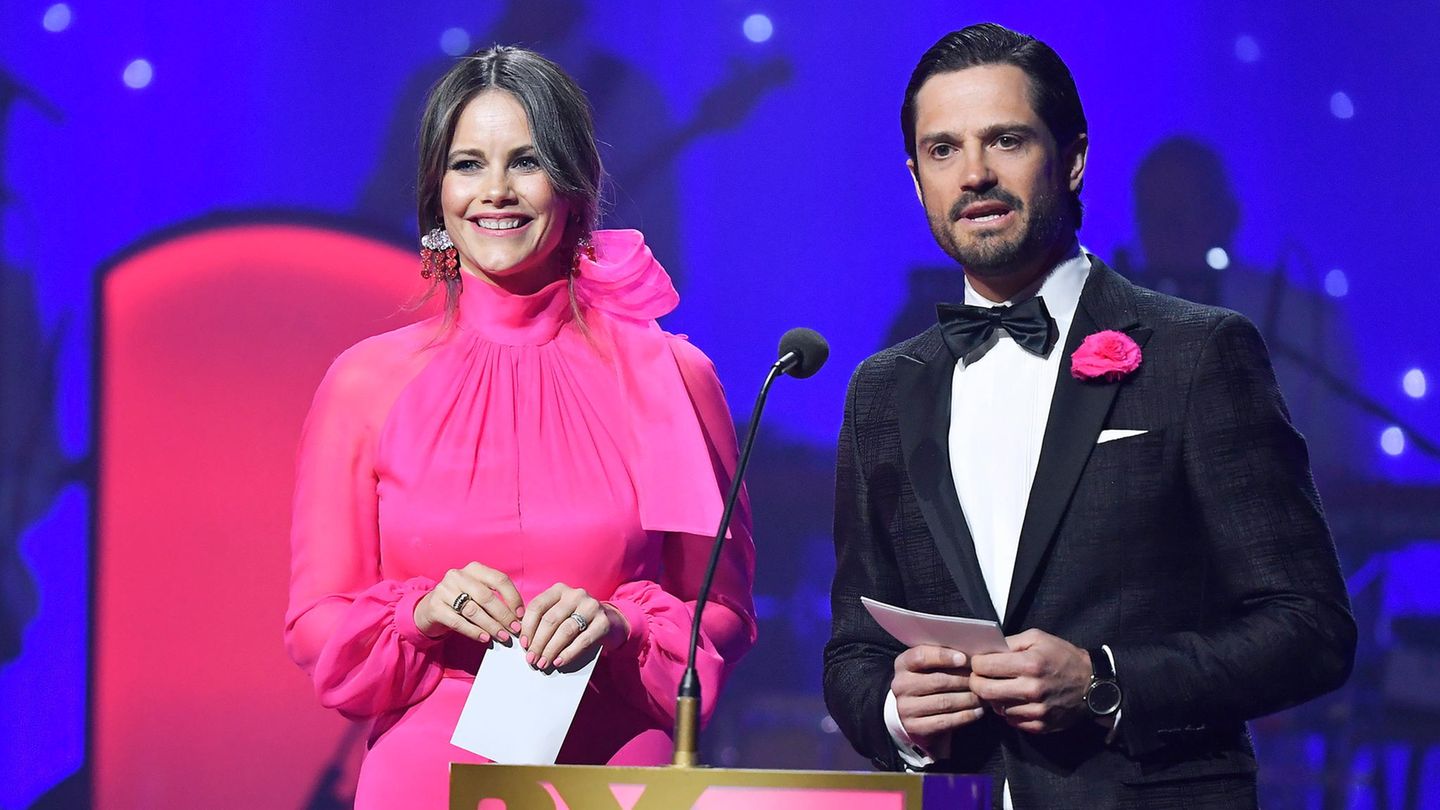 Princess Sofia
The designer reveals the secret of her pink dress

In April, Princess Sofia of Sweden wowed in a pink tulle dress by designer Lars Wallin. Now the Swede is revealing how he made the originally more revealing ‘Royal Family-appropriate’ dress for his special client.

Royal family dress code is flashy fascinators, dusty tweet suits or chic hunting outfits? It was once! Royals such as Princess Sofia of Sweden, 37, Duchess Catherine, 40, or Letizia of Spain, 48, are increasingly opting for statement pieces and using chic designer fashion directly off the podium. Or dresses based on them, because not all the dresses on the show are suitable for members of the royal family. The motto: if a royal lady is a fan of a designer creation, she simply sizes it up for state banquets or award ceremonies. As? This is now revealed by designer Lars Wallin, whose dresses already wore Princess Sofia.

No neckline, just a train

From revealing necklines to sheer fabrics, Lars Wallin, who notably designed Princess Sofia’s pink dress at April’s QX gala, takes to Instagram to explain how he made one of his designs perfect for the entrance royal. To make Sofia’s dress do justice to her role as a royal laudator at Swedish LGBTQ magazine ‘QX’s gay gala, the Swedish fashion designer notably trimmed the neckline.

Instead of a deep neckline, the jaw-dropping pink ruffled dress was given a small cut in the back – much more subtle and obviously more “royal cut”. According to her explanation on Instagram, the train and loop details were also allowed to remain for the princess. Wallin also shares a photo of the original worn by TV presenter Petra Mede in 2017 on the social media platform.

This is how Duchess Catherine has her clothes made

Of course, Sweden’s Princess Sofia isn’t the only one to flaunt bespoke designer clothes during her performances. Duchess Catherine also appears regularly in dresses which are part of the collections of Jenny Packham, Alessandra Rich or Alexander McQueen, but have been slightly modified for the wife of Prince William, 40.

The Duchess wears a dreamy Alexander McQueen tulle in the portraits for her 40th birthday in January 2022. If you look at the original design, you’ll notice it has a lot more embellishments. The hem of the dress was also lengthened for Catherine’s official appearance.

For her duchess style, Catherine renounces the cutouts of the Erdem dress.

In 2018, she appeared in a plaid Erdem dress that lost its belly cutouts as she walked from the catwalk to Catherine’s closet.

Meghan also relies on the variants

Similar ‘upgrades’ could also be seen in Duchess Meghan’s clothing while she was an active senior royal. Plunging necklines, oversized silhouettes and flashy applications have been eliminated and dresses are more feminine and understated.

Previous articleAfter criticism, she changes the lyrics
Next articleBremen wins with difficulty against Cottbus