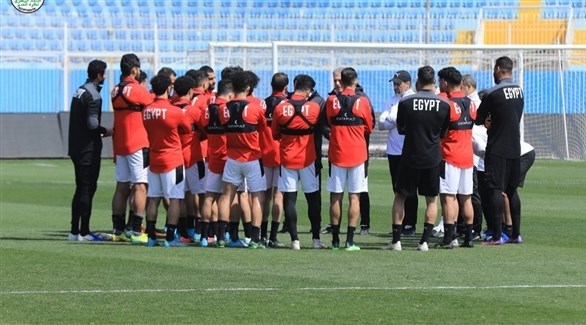 Despite winning just one goal in the first leg at home, the Egyptian football team hopes to successfully complete their mission in the African qualifiers for the 2022 World Cup through their match scheduled for tomorrow, Tuesday, against their Senegalese host, in the second leg of the final round of qualifying.

The Egyptian team, “The Descendants of the Pharaohs”, won the first leg at their home in the Cairo International Stadium last Friday with a clean goal that came by friendly fire, but the team is confident in their ability to finish successfully the task in tomorrow’s second leg to cross to the final of the World Cup in Qatar at the expense of the ‘Teranga Lions’.

The confidence of the Egyptian team to overcome this obstacle comes from the ability of the team to defend well against the stubborn Senegalese team, which is what the team needs to reserve a ticket to qualify for the World Cup by winning the total of the two games if it ends tomorrow’s in a goalless draw.

The Pharaohs kept their goals clean for more than 210 minutes against Senegal in two games in less than seven weeks, as the two teams drew negatively in original time and extra time in the final match of the African Cup of Nations, organized recently. for Cameroon.

Just three days ago, the Egyptian team defeated their Senegalese counterpart in the first leg of this decisive day of World Cup qualifying.

Now, the Egyptian team no longer needs to score as much as it does to keep a clean sheet for another 90 minutes in tomorrow’s game.

The ‘Pharaohs’ kept a clean goal in five of the team’s seven games at the African Cup of Nations, with the team conceding just two goals en route to the final, only losing on penalties to their fellow Senegalese.

The Egyptian team is already well aware that reaching the penalty shootout may not be in the team’s favor if Senegal wins with a clean goal, especially since the “Pharaohs” will then face the best goalkeeper in the world, Edward Mendy, who He also played a prominent role in Senegal’s victory in the African Cup of Nations last month and played an important role in Chelsea’s Champions League victory last season.

Therefore, playing a goalless draw and trying to snatch a goal that makes it difficult for the ‘Lions of Teranga’ will be the main objective of the Pharaohs in tomorrow’s game.

Tomorrow’s game between the two teams comes just 50 days after their thrilling match in the African Cup of Nations final.

Therefore, the confrontation between the two teams is characterized by a vindictive character on the one hand, in addition to its great importance, since the winner qualifies for the most important event in the world of football.

With the difficulty of predicting the identity of the winning team at the end of this confrontation, what is certain is that the next edition of the World Cup will miss one of the most outstanding forces in football on the black continent, after the two sides of the The African final was tied in a decisive matchup for the World Cup qualifying card.

The Egyptian team maintained its loss-free record on the last day (group stage) of the World Cup qualifiers, where they recorded four wins and drew two games to lead their group by seven points against the Gabonese team, who defeated Senegal in the match first leg of the qualifying rounds last Friday.

On the other hand, the Teranga Lions achieved five wins and a draw in their group in the qualifiers, with the team leading the group by eight points against Togo, with the team scoring 15 goals and conceding just four times in the six games.

But the team was defeated by the ‘Pharaohs’ in the first leg on Friday, although the goal came through friendly fire, since Salio Cissé, a team player, scored it by mistake in his team’s goal.

These statistics show the solidity of the Senegalese attack led by the famous star Sadio Mane, Liverpool striker, who takes on a new challenge against the Egyptian Mohamed Salah, his colleague at Liverpool and one of the best players in the world in the past. few years.

Although it ended in a goalless draw, the African Cup of Nations final showed the extent of Senegal’s superiority over their Egyptian counterpart, as the ‘Lions of Teranga’ shot 13 balls in the match against the Pharaohs’ seven shots. , though both teams failed. to mark at the end.

Another statistic indicates Senegalese supremacy in recent times. The team has played 24 matches since the beginning of 2021 so far, losing only two matches. The team also kept its unbeaten record in the last 18 matches before last Friday’s match, while the Pharaohs played 23 matches in the same period and they lost three. matches.

However, the Leones de Teranga were unable to respond during the first leg last Friday, despite their clear victory in the fourth minute of the match, which gives the ‘Pharaohs’ more confidence.

This is the second time that the Egyptian and Senegalese teams meet in the African World Cup qualifiers, where before they met in the 2002 World Cup qualifiers and drew goalless in Senegal, and the Egyptian team won 1-0 at home in the phase of groups. , but the classification in the end went to the “Lions of Teranga” Senegal topped the group with a goal difference against Egypt.

Queiroz decided to include Ali Jabr, defender of the Pyramids team, and Rami Rabieh, defender of Al-Ahly, on his list for tomorrow’s match, following Mohamed Abdel Moneim’s nose injury and his need for surgery, in addition to Mahmoud Al- Wansh’s absence in the second leg suspended.

The Senegalese team lacks in tomorrow’s game the effort of defender Abdou Diallo (Paris Saint-Germain), who was injured in the first leg last Friday.