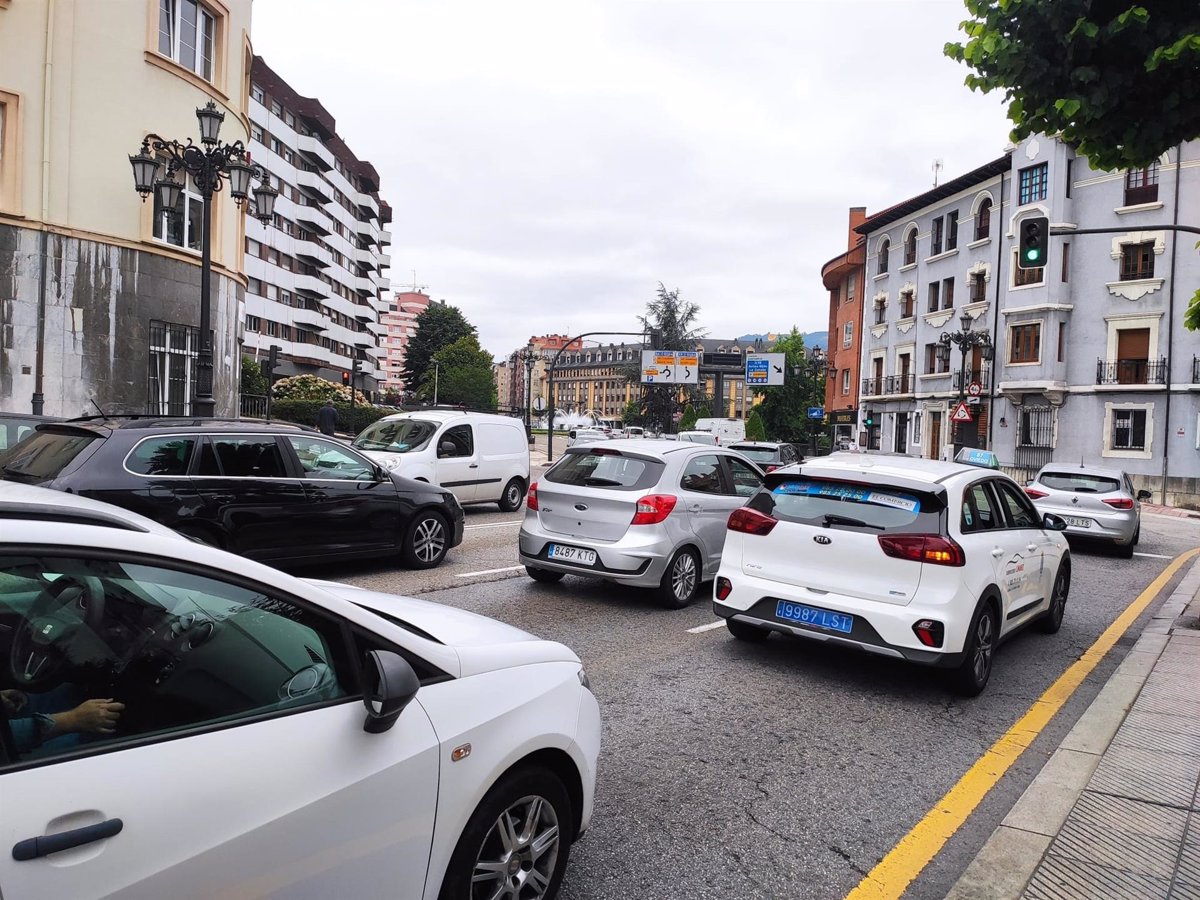 The traffic jams affect streets in the cities of Madrid, Barcelona, ​​​​​​Murcia, Seville, Malaga, Cádiz or Vizcaya around 4:30 p.m., according to the Directorate-General for Traffic.

Specifically, in Madrid, the A-1 in the Jarama district is affected by the withholdings; the A-3 in Rivas, Villarejo de Salvanés and Fuentidueña del Tajo; the A-4 at Pinto; the A-5 as it passes through Arroyo Molinos; and the A-6 at El Plantío and Las Rozas

Very heavy traffic is also in Barcelona on the AP-7 in Santa Perpetua de Moguda, towards Girona, where there are 10 kilometers of traffic jams.

In Murcia, the A-7 in the Espinardo area is congested in both directions.

In Andalucia, traffic delays occur at the Seville exit on the AP-4 in Las Cabezas de San Juan; Also in Malaga, traffic is particularly complicated on the A-7 in Las Chapas towards Malaga and in Nueva Andalucía on the same road towards Cadiz. Already in Cádiz there are traffic jams on the A-7 in Cortijillos towards Algeciras.

Finally, there are traffic complications in Vizcaya on the A-8; and due to fires there is a secondary road in Ávila and another in Santa Cruz de Tenerife.

Traffic has increased surveillance of the roads of its jurisdiction this weekend in order to “give security and fluidity” to citizens on the occasion of the celebration of the Festival of Santiago on Monday 25 July in the municipalities of Madrid. Galicia, Navarre and Basque Country.

The DGT expects 6 million road trips in its area of ​​responsibility, 2 million more movements compared to a summer weekend without additional holidays.

The main movements will take place at the exit and entrance of the large urban centers towards coastal and coastal tourist areas or towards second homes, all of which are located in municipalities which, despite not being a tourist resort, will see an increase in the intensity of traffic on their roads.

The roads most affected these days will be those of Madrid, Castile-La Mancha, the Autonomous Community of Valencia, the Region of Murcia and Andalusia.