The death of the wife of Safwan Thabet, accused of financing the terrorist Brotherhood in Egypt 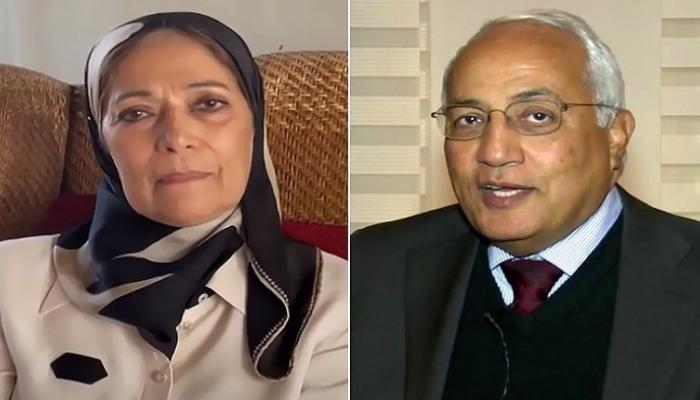 The daughter of businessman Safwan Thabet, accused of financing the Brotherhood terrorists, announced the death of her mother, Bahira Ibrahim Al-Shawi, due to a health crisis.

And Maryam wrote, through her personal account on the “Twitter” website, a tweet in which she said: My mother, Bahira Al-Shawi, is under the protection of God. Oh God, there is no objection to your judgment .

On March 5, Maryam wrote on Twitter that her mother was transferred to intensive care for the second time in 10 days and has been in the hospital for 6 weeks for treatment.

And last October, Bahira, the wife of businessman Safwan Thabet, was interrogated for 8 hours, before a decision was issued to release her on bail, for spreading false news.

It should be noted that Safwan Thabet was arrested on charges of financing the “Terrorist Brotherhood”.

The prosecution accused him of joining the terrorist Brotherhood, providing it with funds to achieve its goals by changing the regime by force, attacking the men of the armed forces and the police and their public facilities and establishments, harming the country’s national economy, joining a terrorist group and funding its activities to the tune of millions of pounds, pumping money into the accounts of the group’s leaders, as well as providing millions of pounds worth of in-kind aid.

And last September, the Egyptian Ministry of the Interior revealed “a scheme intended to use Safwan Thabet’s companies to transfer and hide the organization’s funds and invest its profits in terrorist activities,” adding that it “found $8.4 million and ammunition in an apartment in Giza Governorate. ”, according to an official statement.

In the same statement, the Home Ministry announced the arrest of Yahya Mahran, whom it described as “one of the main arms of the imprisoned Brotherhood leader Safwan Thabet”.