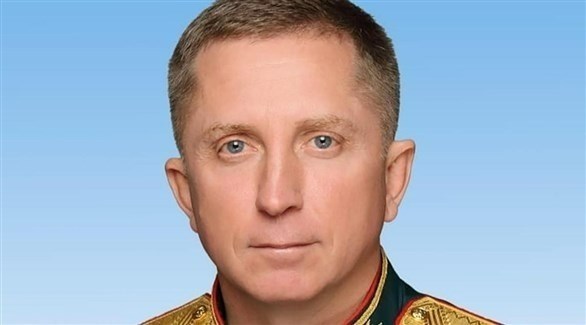 Yakov Rezantsev, who boasted that the war in Ukraine would be over in a matter of hours, became the seventh Russian general to die in the war that has been going on since February 24.

On the fourth day of the invasion, Rezantsev told Russian soldiers that his campaign to “disarm Ukraine” would achieve victory within hours, according to communications intercepted by the Ukrainian military.

Rezantsev was the commander of the 49th Combined Arms Army of the Southern Military District, based in the southern Russian city of Stavropol, about 300 miles from the Ukrainian border. He was killed in a Ukrainian raid on an airport near the city of Kherson in northern Crimea.

On the fourth day of the invasion, Rezantsev told Russian soldiers that his campaign to “disarm Ukraine” would achieve victory within hours, according to communications intercepted by the Ukrainian military.

The Ukrainian Security Service posted the call between a frustrated Russian soldier and his commander on social media early last week. In the conversation, the Russian soldier paints a bleak picture of life on the front lines, noting that his unit has come under friendly fire. The soldier said: “Rezantsev is in charge here, we have met him only once since we arrived, four days after the invasion. Do you know what he told us? He said we need hours to finish this process. Well, we are still counting those hours.

pressure on the generals
In an effort to boost the morale of Russian forces, the generals have been pressured to join the front line, putting them at risk of Ukrainian ambushes, according to Western officials.

Seven Russian generals were killed, including six generals from the Russian army and a general from the Chechen special forces. Russian President Vladimir Putin has fired General Vladislav Yerchov and placed him under house arrest.

The United States was unable to determine whether Russia had designated a single commander to manage the invasion. Defense experts said the chaos in the Russian offensive was due to a lack of clear leadership.

rumors
Rumors spread that Putin was frustrated with the progress of the war, and Russian Defense Minister Sergei Shoigu was forced to appear briefly on Russian state television on Thursday after disappearing for nearly two weeks. General Valery Gerasimov, Chief of Staff of the Russian Armed Forces, did not appear at all during this period.

Colonel Sergey Rudskoy, Gerasimov’s deputy, spoke of a radical change in tactics, explaining that Russian forces would focus on securing the eastern Donbass region, paving the way for a Russian withdrawal from kyiv.

In another sign of the turmoil inside the Kremlin, the Pentagon announced that it had been unable to communicate with Shoigu and Gerasimov since the beginning of the war. Pentagon spokesman John Kirby revealed that US Secretary of Defense Lloyd Austin and Chairman of the Joint Chiefs of Staff General Mark Milley were unable to speak to their Russian counterparts through the usual diplomatic channels.