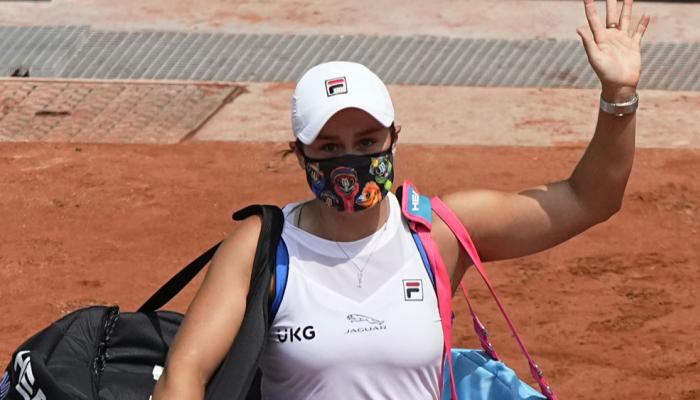 Australian world number one Ashleigh Barty shocked the world by retiring from the game at the age of 25, at the height of her brilliance.

“Reigning world number one Ashleigh Barty has announced her retirement from professional tennis after an impressive run in the women’s top competition,” the WTA said in a statement.

For her part, the emotional Barty said in a video on her account on the platform ‘Instagram’, “Ashley Barty, the human being, has many dreams that she would like to pursue.”

What is the reason for Ashley Barty’s retirement from tennis?

Ashleigh Barty said that she retired after achieving her goals in the game and feeling tired from the conditions of participation in the tournaments.

And the Australian player indicated that it is not among her dreams to travel the world and get away from her family and be away from home, which is the place she loves to be constantly.

This is Barty’s second retirement in his sports career, having walked away from the game as a teenager in late 2014 due to his annoyance with competing in tournaments, but returned in 2016 and quickly moved up the rankings.

“I know I’ve done this before, but with different feelings,” Barty said in an Instagram video alongside her best friend and former stunt partner Casey Delacqua.

“I am so thankful for tennis, it has given me all my dreams and more, but I know now is the time to walk away and chase other dreams and put my rackets aside,” the Australian added.

Who is Ashley Barty?

Ashleigh Barty, Australian born on April 24, 1996, began playing tennis at the age of 5 with her parents Robert and Josie.

Growing up, Ashleigh Barty attended Woodcrest State College and as a child she decided to play netball along with tennis.

But then she decided to focus on tennis and give up netball: “I thought netball was a big girl’s game, and my brothers were better than me,” she says.

After starting her career at the WTA Championships in Australia in 2010, she made her WTA debut at the US Open qualifiers in 2011.

He took a break after the 2014 US Open and had a successful spell with the Brisbane Heat in the Australian Cricket League before returning to tennis in 2016.

What are Ashley Barty’s achievements?

Barty spent a total of 121 weeks at the top of the rankings.

She won 4 singles and 2 doubles titles at the International Federation Championships in 2012, and also won a doubles title at the WTA Championships and reached the doubles final of one of the four Grand Slams 3 times with her countryman Casey Delacqua in 2013 (Australian Open, Wimbledon and US Open). 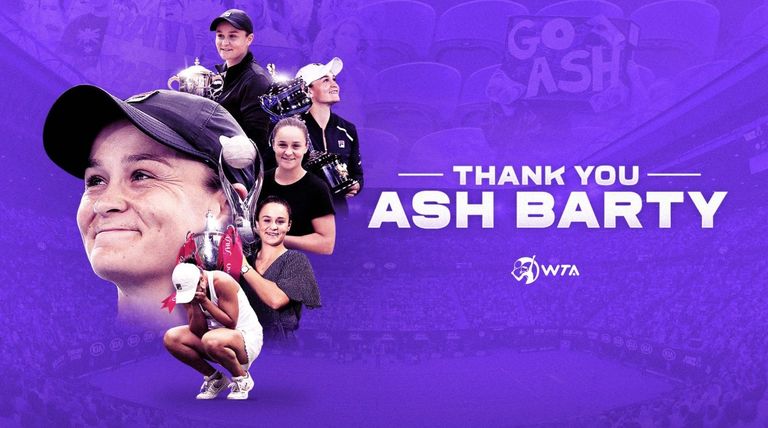 She won another WTA doubles title in 2014, and after a hiatus from cricket, she returned to tennis and broke into the world top 20 in 2017 and won her first singles title on the WTA Tour after participating as a qualifier in Kuala Lumpur. she and then she reached the finals in two singles tournaments in Birmingham and Wuhan to become the number one seed in Australia.

She won her second and third singles titles at the WTA championships in Nottingham and Zhuhai to end 2018 ranked 15th in the world.

She won her first title of 2019 in Miami in March before clinching her first Grand Slam title at the French Open when she beat Marketa Vondrosova of the Czech Republic in the final.

She became the first Australian in 46 years to win the women’s singles title at Roland Garros. 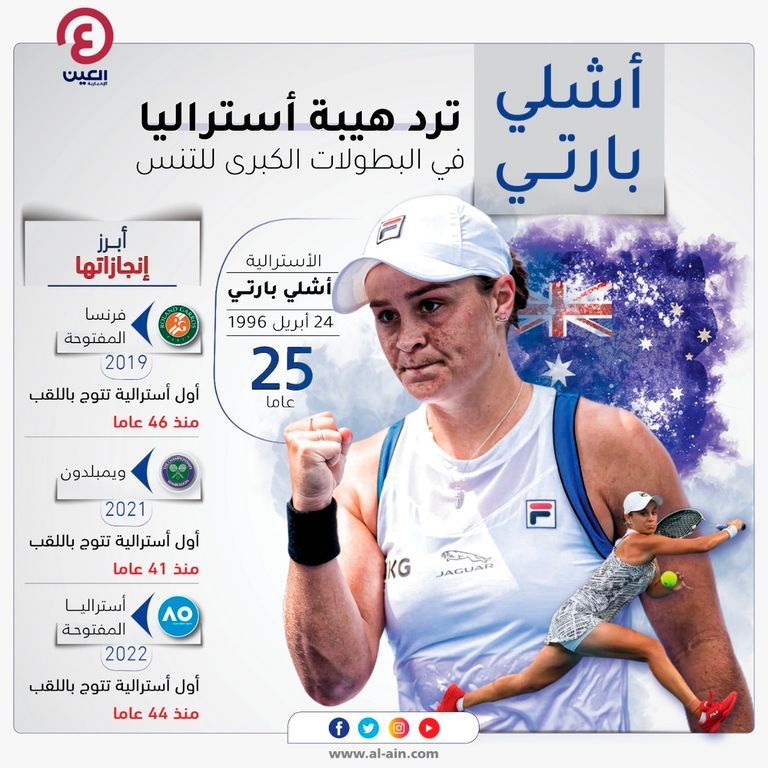 In the same year, she climbed to the top of the world rankings in June and also led Australia to the FA Cup final for women’s teams for the first time since 1993 before losing to France.

Beginning her second season as world number one in 2020, she won her eighth career singles title in Adelaide and reached the semifinals of the Australian Open before losing to champion Sofia Kenin.

She sat out the rest of the Grand Slams in 2020 due to the coronavirus pandemic, before returning to the Australian Open in 2021, where she lost in the quarterfinals to Karolina Mokhova, bowing out of the French’s second round. Open due to a groin injury.

She defeated Karolina Pliskova in her first appearance in the women’s singles final at Wimbledon in 2021 to claim her second Grand Slam title.

He finished 2021 as world number one for the third consecutive year after winning five titles.

She began 2022 by defeating Danielle Collins in the Australian Open final to win her third Grand Slam title.