The dark face of the Xacobeo business: tourist-only houses in Santiago de Compostela 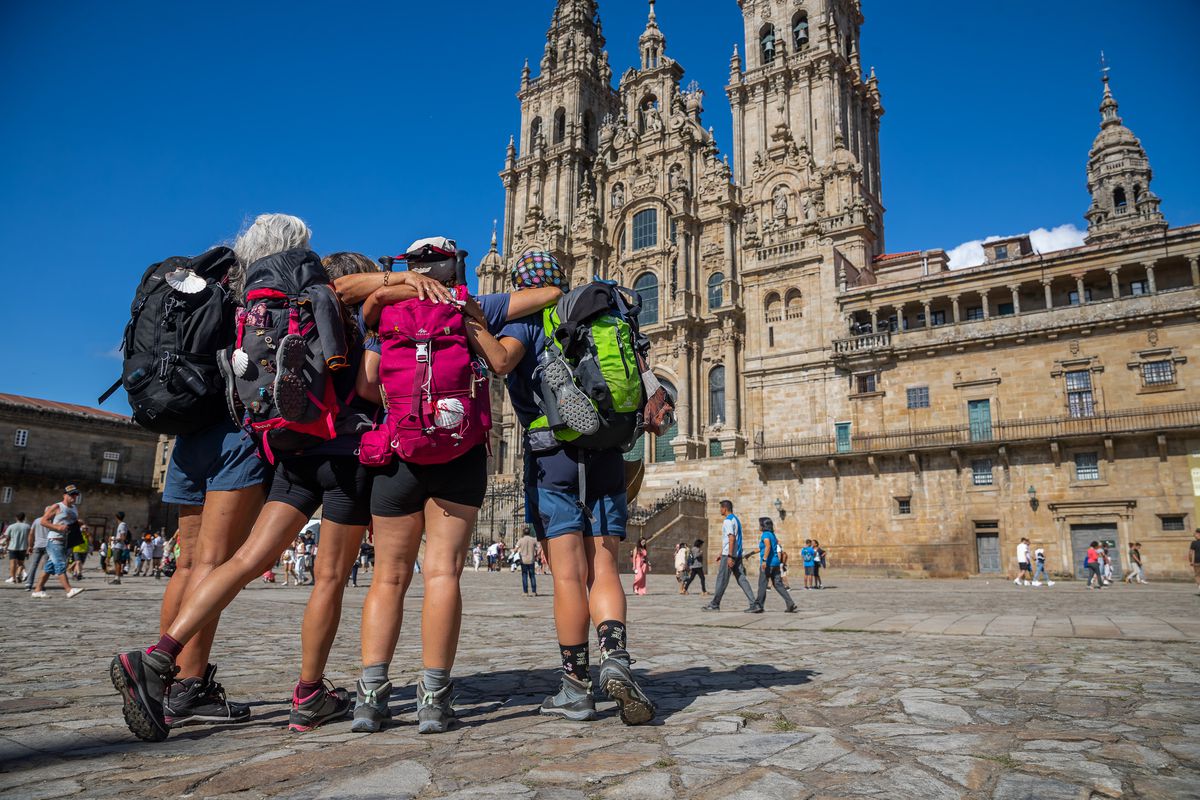 Finding a long-term rental apartment in Santiago de Compostela, one of the most important university cities in Spain, has become an expensive and almost impossible task. The Vatican bull, which for the first time in history made it possible to double the Xacobeo year, leaves a Galician capital overcrowded with tourists and at the same time the emergence of a problem that it had already been warned about before the pandemic. The old town has been emptied of neighbors and landlords from the rest of the city who have not yet converted their homes into tourist apartments are chaining together “historic” additions, according to real estate agents. Despite precarious transport connections, workers and students have to migrate to neighboring communities because they cannot find a roof over their heads or cannot afford such prices.

The city council, real estate agents and residents unanimously point to the proliferation of apartments for tourist use as the cause of the problem and call for stricter regulation. With 96,000 registered inhabitants, Santiago is the Galician city with the most houses of this type: according to the consistory, there are 900 in total. Just over 700 of them are registered in the official register of the Xunta, but only thirty have a municipal license. The local government won the legal battle to require all of these businesses to have this permit and has already closed fifty of the vast majority they don’t have. Given these 900 properties intended to accommodate tourists, the Real Estate Association of Galicia estimates that around 130 houses are available for long-term leases.

The new urban planning plan for Santiago, which is in the approval process, introduces restrictions on these facilities because, in the words of city planning councillor, Socialist Mercedes Rosón, they are “destroying the city”. “For a city as small as Santiago, this is a very big problem, even more so than for Barcelona or Donosti, because it creates a higher level of tension in a constitutional right like access to housing,” explains Rosón. The tourist avalanche is historic and breaks records. If records were broken in 2019, the Xunta assures that this year 17% more pilgrims have collected the Compostela, to which must be added the many who do not complete this procedure. Sensors installed on the Camino Frances as part of a pilot project indicate half of hikers arrive in Santiago and bypass the stats because they don’t collect the award.

A dozen neighborhood associations from the historic district and from other neighborhoods of Compostela such as Vista Alegre, Choupana or San Pedro have signed a manifesto in support of the regulatory measures promoted by the Compostela City Council to curb tourist housing. They agree that “the growing scarcity [de los alquileres] and the decline in supply leads to the expulsion of people who want to live or study in the city”, which represents “enormous damage” to Compostela’s future and “its historical identity as a student city”. Santiago is the third Galician city with the most expensive rents per square meter, after Vigo and A Coruña, according to the Idealista portal, but has eaten up a lot of ground in the last year: while in the Galician capital rents have increased by 7.6%, in the first of these other cities the prices were maintained and in the second the increase was 5.3%.

Concern has become so widespread that even the University of Santiago has joined the Platform for Regulating Tourist Housing in Galicia, set up by real estate agents, hoteliers and neighborhood groups just before the outbreak of the pandemic. “There are students who go to Ames, Teo, Padrón or Negreira and in Ames and Teo they have had to increase the frequency of the buses so that they can come to class. That Erasmus When they arrive, they find nothing or stay in apartments with a quality threshold that the agencies do not accept,” explains Carlos Debasa, President of the Galician Real Estate Association.

The real estate companies have noticed rent increases of 100 euros from one year to the next at Xacobeo. Tenants are forced to almost thoughtlessly extend their contracts because they know they will not find an alternative. Debasa calls for “protecting Santiago so that its residents can rent at reasonable prices and qualities”: “We have time to correct it, but if we continue in this spiral, we will become Venice and we already know how that will end . Pilgrims and tourists want to see local life, they want to see the city, not an amusement park”.

Owners of houses for tourist use stand out among this clamor. Dulcinea Aguín denies that Santiago suffers from unwanted “touristification” and that short-term rentals to visitors are also a problem. “The problem is that the city has 9,000 vacant apartments and they want to cover up Santiago’s disastrous housing policy for 30 years,” says the president of the Galician Federation of Tourist Apartments. Aguín claims his deals are already regulated by a 2017 Xunta decree and accuses the city council of running a “prosecution” with “interested” support from real estate agencies. “The real estate companies are losing business because the services previously provided are already being provided by the owners thanks to the fact that they have been trained and digitized,” he says. The historic center, he adds, hasn’t been emptied of neighbors because of the lucrative tourist apartment business, but because of the lack of services like Wi-Fi and the restriction on “installing elevators, renovating houses, or getting cars to the door.”

The City Council rejects these arguments. First of all, he points out that according to the data on water consumption managed by the City Council, in the Galician capital there are about 3,500 empty homes, not 9,000. The regulation of the Xunta, to which the spokesman for the owners of tourist apartments alludes, is not such, defends Mercedes Rosón. The 2017 decree by which the Galician government created an autonomous register of these establishments “only caused confusion” as the courts have ruled that registration in this list is not sufficient to be able to open a business of this type, a municipal one license is required. “We don’t want to ban these apartments, we want to organize and regulate them,” emphasizes Rosón. One of the measures that the City Council is preparing is to allow all landlords to offer their apartments to tourists for a few months a year, so that they can combine this activity with renting to students.

The association of real estate agents says it has seen a slight increase in the number of long-term rental apartments since the city council, after several rulings in its favour, began requiring a municipal permit for tourist apartments. A survey of its partners calculates that neighbors and students will be able to rent between 16 and 21 more apartments in the last quarter.