The craftsman who aspires to fill Nissan’s void 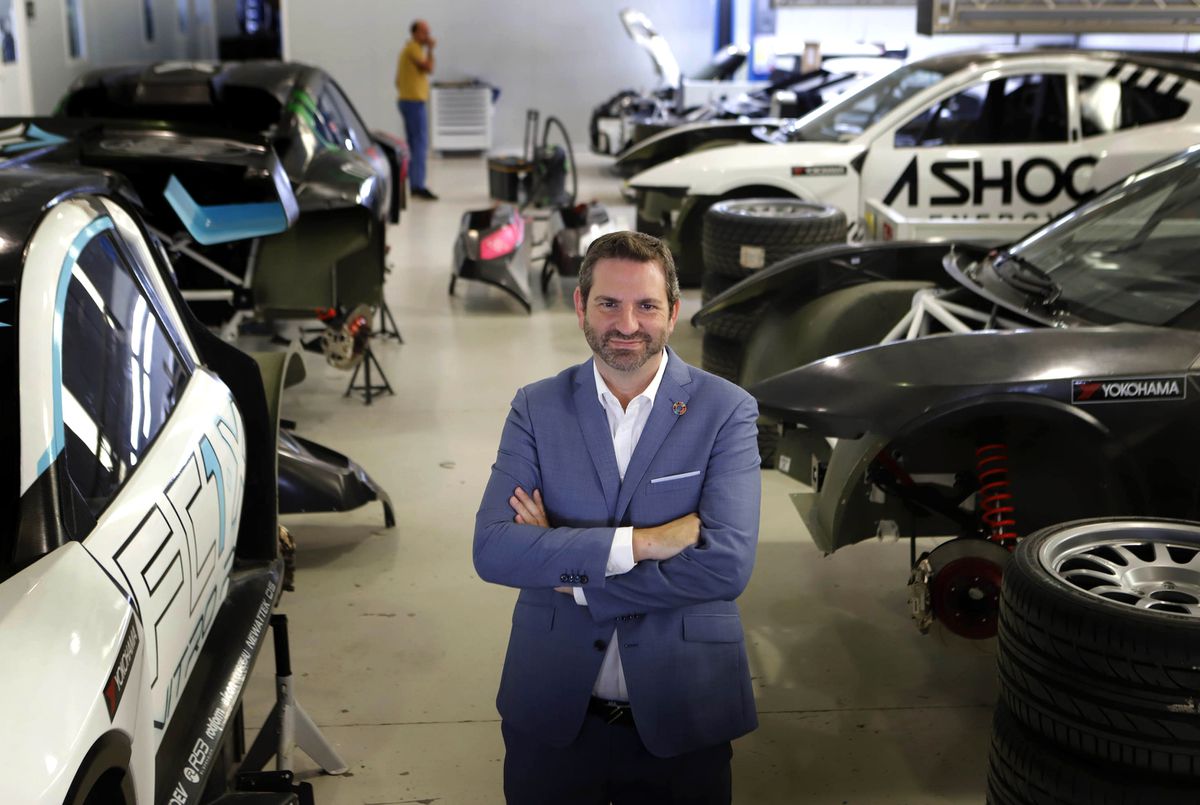 Ricard Bosch, professor at the Polytechnic University of Catalonia, recalls that one day in 1998 a young man entered the laboratory where he was working to propose a project. For his thesis, he wanted to build a solar vehicle with a group of colleagues.

“Uy, we’d need 200 million pesetas for that,” replied Bosch, who had already analyzed the possibility of designing one.

—No, there is a project for university students that would be possible with only 20 million.

-Oh. Well, we do one thing: Bring half the money and I’ll have the other half, the teacher finally replied, suspicious, aware that he had already gone through other impractical suggestions from students that had become a waste of time.

The conversation stayed there until this young student returned two weeks later to meet the professor, whom he hadn’t known at all until then. He’d made the money in endorsements, and Bosch figured he had to keep his word. With systematic work and a series of favors the project came to fruition and the entire team flew to Australia where they competed in a solar car race between Sydney and Melbourne. This car, called Despertaferro, an Almogávar war cry for what would be the first solar car in Spain, now rests in a museum in Terrassa (Barcelona). The young 25-year-old engineer who ended up leading the project knew that despite his obsession, the technology wasn’t mature enough to make electric cars a reality. But it was another step towards clean mobility.

Two decades have passed since then and a few years ago the young man Joan Orús changed his mind: electromobility is a fact. In 2007 he left his job at Seat Sport (where he helped design the Cupra GT) in one of the most complicated and momentous decisions of his career, he explains, because the Spanish marque “didn’t do anything electrical”. He founded his first company that went in this direction and then QEV Technologies, a €15 million company focused on electric mobility, almost handcrafting high-performance cars and prototypes for big brands. To give two examples of his activity: while in a small room in his plant in Montmeló (Barcelona) work is being done on two electric supercars Hispano-Suiza Carmen, each worth more than one and a half million euros, they are working in another larger one the before crazy cars of more than 1,000 horses competing in FC1-X, the electric version of American Nitro Rallycross.

However, the industrial engineer wanted to go one step further and transfer his developments from the perspective of industrial mass production to city traffic. The legislation is in their favour, under pressure from the European Union, so that from 2035 the commercialization of internal combustion vehicles will be definitively banned. So they developed a platform for electric buses, which they manufacture in China, to sell to various coachbuilders as the basis for their vehicles. “We wanted to go from small-scale to large-scale production and achieve a turnover of more than 300 million euros,” explains Orús, stressing that all of these plans included production in the Asian country and taking care of final assembly in Spain. His idea is not to attack future business from private vehicles, but above all that of transport and urban delivery.

The project to produce in Asia was like this until the Nissan crisis blew up in Barcelona. The decision of the Japanese group to stop production on the land of the free zone, and above all the need for the administrations to look for an alternative to fill a gap that led to the destruction of at least 2,500 direct jobs, became an opportunity for your growth plans. “Two years ago, we considered moving to a 20,000-square-foot facility to do final chores and sales,” he says of a strategy that ended sooner than expected. Now they want to occupy 300,000 square meters just outside Barcelona and set up their headquarters there. They have teamed up with another engineering company, Btech, to assemble 100,000 vehicles by 2025 and reach sales of 1,000 million.

Orús has created a new brand called Ceroid that would make 60,000 vans, while its partner plans to assemble 40,000 units of electric station wagons similar to those already being produced at the Nissan plant but with the reborn Ebro brand. a kind of white-label vehicle factory that can be marketed under other banners. “There are many brands that are growing in Europe and others that want to outsource small series, and we have also discovered a niche that is the last mile, vans,” he clarifies. The Consortium of the Self-Proclaimed hub of decarbonization awaits what the administrations decide, which previously considered another alternative, Great Wall Motor, as a priority until the Chinese group finally ruled out Barcelona.

If QEV’s plans are confirmed, China would only be a supplier that is going under. The next year it would supply 70% of the components to Zeroid, but a year later that percentage would drop to 30%. One of the benefits of participating in this process was being able to benefit from the job pool of ex-Nissan employees with extensive knowledge of the automotive industry. The problem is the 800 million euros (60% will be taken over by QEV) that the investment requires for two companies that have ideas but little financial strength. “Now we will make a round of financing that values ​​the company between 200 and 300 million euros, with the intention of going public within two years,” explains Orús, who considers this step essential to fight with the big ones .

From Adrian Campos to Enrique Banuelos

His company, closely linked to sporting events, has competed in Formula 2, Formula 3, the World Touring Car Championship and even Formula E in 2013, hand in hand with one of his former partners: Adrián Campos. The pilot controlled 50% of the company (compared to the other half held by Orús, Juan Fernández and Rubén Espin) until he sold his shares, giving rise to controversial real estate developer Enrique Bañuelos (who now has an indirect stake). Now the three founding partners control around 30% of the shares and shareholders include the listed Swedish manufacturer Inzile (19%), the Philippine tycoon Endika Aboitiz, the Valencian company Power Electronics, the holding company NAD and the Inveready fund.