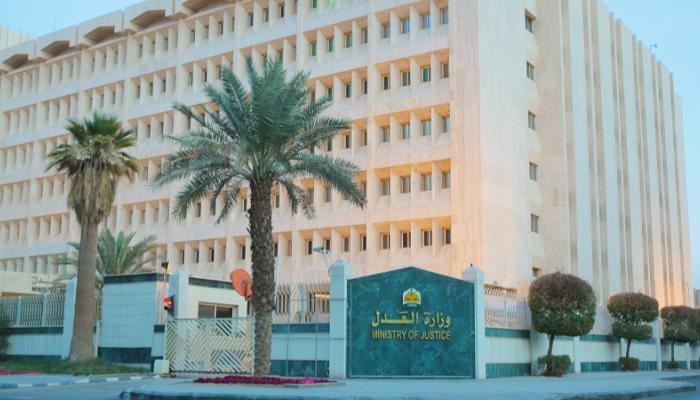 The legal costs system will come into force today, Sunday, which adds to several modifications approved by the Kingdom in the judicial systems.

The new system recognizes the imposition of sums of money in the filing of actions, whether civil, commercial or criminal, with the exception of personal status courts and criminal actions in general. It will be borne by the convicted party, with no more than 5% of the value of the claim, and a maximum of one million riyals.

The regulations of the system define the criteria for determining legal costs of all kinds, and the rules that regulate them, according to which the beneficiaries can obtain the papers and documents of the case, paying a material consideration of not more than one thousand rials, and imposing ten thousand riyals when applying for an appeal, cassation or request for reconsideration, or request for correction or interpretation of the sentence.

The most important material

The third article of the system stipulates the imposition of court costs on the claim in an amount not exceeding (5%) of the value of the claim, with a maximum amount of one million riyals. The rules specify the criteria for estimating court costs and the controls and rules that regulate this.

According to article 4, if the court decides to dismiss the case, or judges it as if it were not, or if it was not admitted because it was not written; Additional court costs are imposed in case it is considered again, equivalent to (25%) of the costs of hearing the case the first time, and the plaintiff will bear the additional costs of examining it even if a judgment is issued to the contrary. your favor on the merits of the case.

Article 5 establishes that the claim for the annulment of the arbitration award will be charged with court costs of (1%) of the value of the amount awarded to the claimant for annulment, if his request is rejected, with a maximum limit of one million. rials

In accordance with article 11 of the court costs system, the competent department determines the amount of court costs of the lawsuit or application filed with the court in accordance with the provisions of the system and regulations, and informs the plaintiff or the applicant when the demand or request is registered. The plaintiff or the petitioner may object to this determination within the fifteen days following the date of his notification to the president of the court or to whomever he delegates from among his judges, and his decision shall be final and unobjectionable.

Article 12 establishes that the convicted person will bear the value of the legal costs prescribed for the trial and related applications, or part of them, unless otherwise provided by law or regulation, without prejudice to the right of the interested parties to claim compensation. In the event that the plaintiff is not right in part of his requests, he must bear the premium of that part.

In addition, the Ministry of Justice announced the issuance of nearly 840,000 electronic agencies through the Najis portal, during the months of January and February, at a rate of ten agencies per minute, and the service delivered nearly two million papers.

The ministry indicated that real estate agencies, claims and courts, banks and banks, automobiles and business registries topped the list of issued agencies.

He stressed that the availability of the service electronically was part of the ministry’s work to convert all documentation services to fully electronic without the need to visit the beneficiaries before a notary public, with the aim of facilitating the procedures and increasing the efficiency of the procedures. formalities. work and performance.

The importance of the system.

The system aims to help increase the efficiency of judicial work, the quality of procedural processes and the reduction of malicious and fictitious lawsuits, which will contribute to the fulfillment of rights and reduce the flow of lawsuits in a way that contributes to raising judicial efficiency and the achievement of prompt justice.

The system also excluded a number of cases that are not subject to costs, including those involving cases that specialize in personal status courts and general criminal cases.