The Court confirms the legality of the Northern Ireland Protocol 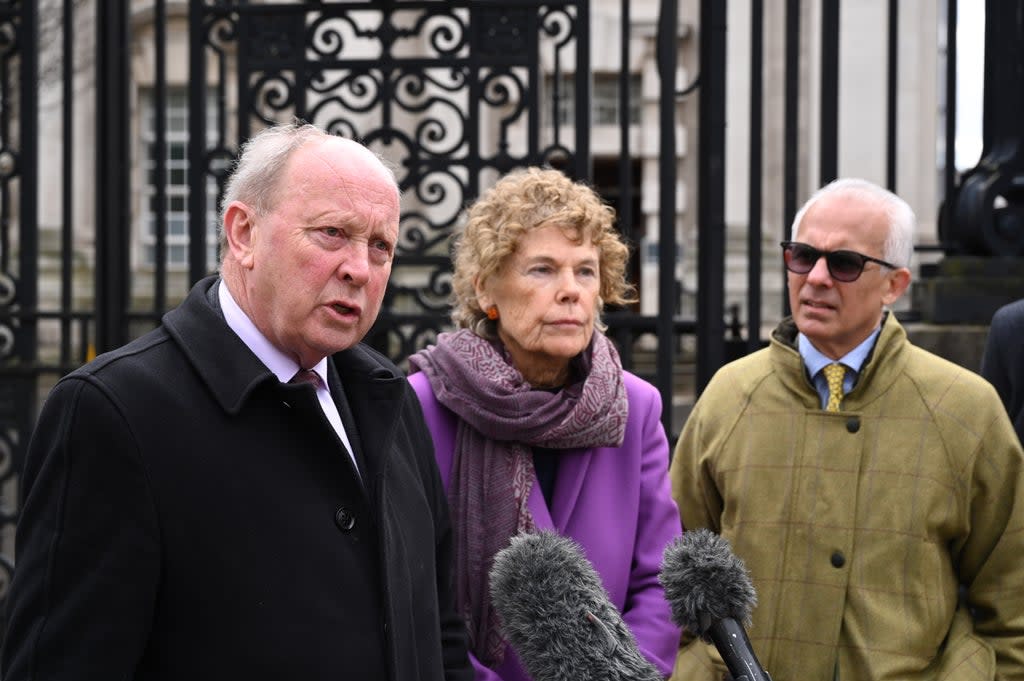 The Northern Ireland Protocol is legal, the Belfast Court of Appeal has confirmed.

Sir Jeffrey, whose party Prime Minister Paul Givan has resigned himself to the impact of the protocol, insisted it is undermining Northern Ireland’s position within the UK.

Unionists regard post-Brexit trade deals, which provide for controls on goods arriving in Northern Ireland from Britain, as a border in the Irish Sea.

The legal challenge is another aspect of unionist action against the protocol, taken on behalf of TUV leader Jim Allister, former Brexit Party MEP Ben Habib and Baroness Hoey, among others.

However, that was dealt a serious blow on Monday when the Belfast Court of Appeal dismissed challenges brought on behalf of unionists and Brexiteers from across the UK.

Senior judges upheld Judge Colton’s June ruling, rejecting arguments that the protocol violated the terms of the 1800 Acts of Union and the 1998 legislation underpinning the Good Friday Peace Agreement.

An associated case was taken by Belfast pastor Clifford Peeples.

The appeals in both cases were dismissed.

Lady Justice Keegan said the higher judges found that none of the legal arguments prevailed and consequently the appeals were dismissed and the trial judge’s decision was upheld.

Addressing the Court of Appeal on Monday, Lady Justice Keegan said the requests for judicial review were out of time, but an extension was granted because they “raise issues of constitutional importance”.

“It is in the public interest that these matters be considered and resolved by the supreme court of this decentralized administration,” he said.

He said that the European Union Withdrawal Act, which includes the protocol, the Acts of Union and the Northern Ireland Act are all constitutional in nature, adding that the problem is the interaction between them and how they should be interpreted.

In the ruling, the senior judges ruled that while the Retirement Act was in conflict with the Acts of Union, Parliament was aware of the legislation involved and acted lawfully in enacting the latter.

They also found that the Northern Ireland Act 1998 “has no impact on the legality of the changes enacted by the Withdrawal Agreement.”

In terms of the argument that the European laws caused a democratic deficit and that the people of Northern Ireland had no say in imposing them, the judges held that the justification for differential treatment “was framed in the choices made in a ‘highly visible, political process,’” and rejected this ground of appeal.

Meanwhile, no merit was found in any of the additional arguments raised by Mr. Peeples.

Sir Jeffrey reacted by saying that the challenge “has always been destined for the High Court.”

“But today’s ruling reminds us that the NI Protocol led to the abandonment of consensus politics when the Government and pro-protocol parties adopted majority rule. Cross community voting was abandoned by protocol,” he said.

“No trade union MLA supports the protocol because it undermines our place in the UK and separates us from our main market. It is raising the costs of doing business with the rest of the UK, hampering the government’s efforts to help us through this cost of living crisis and even threatening our supply of medicines.

“The protocol has cast a long shadow over devolution and, far from protecting stability, it has undermined the fundamental principles of devolution.

“Northern Ireland only moves forward when we move forward together. Any agreement will require the support of unionists and nationalists.

“I was patient when I warned the London, Dublin and Washington governments last September that the protocol was not compatible with refoulement. I gave space for talk and action, but they didn’t listen to me.”

The ruling underscores the need to stop the stunt policy. There is no credible alternative to the protocol

However, Sinn Fein MLA Declan Kearney welcomed the court’s ruling, adding that the protocol was “here to stay”.

“This ruling is clear and unequivocal and the judicial challenge of the unionist parties has been dismissed on all grounds,” he said.

“The ruling underscores the need to stop the stunt policy. There is no credible alternative to the protocol.

“Sinn Fein’s focus will remain on promoting the benefits of the protocol to our economy and society, creating jobs, supporting people during the cost of living crisis and addressing problems in the health service.”

Meanwhile, SDLP MLA Matthew O’Toole responded to the ruling by urging unionist politicians to focus on the cost of living crisis.

“With families struggling to heat their homes and the European continent facing a humanitarian catastrophe, watching politicians obsess over protocol would be absurd if it weren’t so irresponsible,” he said.

“Where there are problems in GB-NI trade that need to be smoothed over, the solution is through discussion and compromise, rather than collapsing political institutions and mounting quixotic legal challenges.”