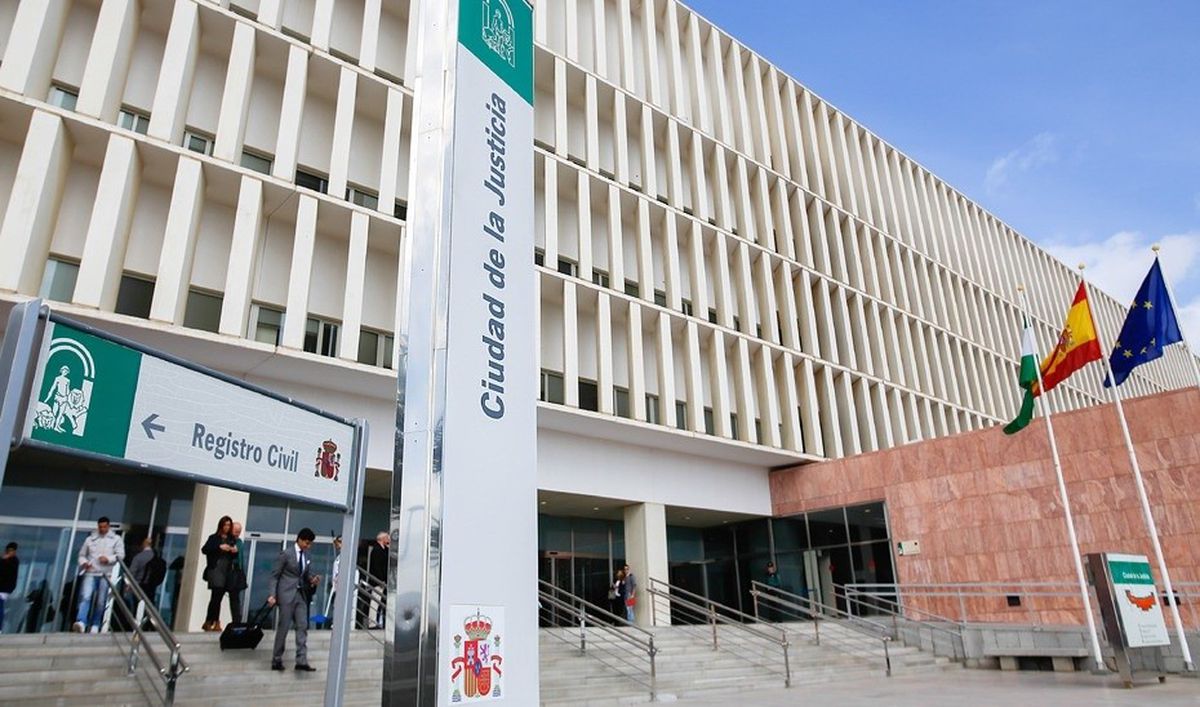 The judicial pact that has left two municipal police officers from Estepona on the streets of Malaga after raping an 18-year-old girl in uniform has sparked outrage among citizens and surprise in the legal community. The agreement between the parties (the private prosecutor representing her, the prosecution and the defense) has allowed the agents who drugged and abused the young woman in 2018 to be released from custody according to the verdict’s established facts Exchange for compensation of 80,000 euros for the victim and a sex education course, in addition to being dismissed from the police service, according to municipal sources. EL PAÍS consulted with a group of experts and lawyers on the arguments of the controversial conformity judgment issued in May and revealed this Wednesday:

The line of the prosecutor

The experts consulted question the role of the public prosecutor in the adoption of the agreement of agreement between the parties. Apart from the fact that the victim himself – through her legal counsel – has to agree, as was done in this case, they question why the prosecutor agreed to go from a request of 30 years in prison for the convicts to just two. Sources from the Andalusian prosecutor’s office have said they approved the agreement after a request from the victim’s lawyer, who claimed her client did not want the trial – with the potential to get very medial – to be held. She wanted to both avoid a possible second revictimization and relive everything she had suffered, as the events left her with a post-traumatic disorder that needed treatment. This has been confirmed by the President of the Supreme Court of Andalusia (TSJA), Lorenzo del Río, who has indicated that the parties have reached an agreement that has been accepted by the prosecutor. From then on, the judge “can not sentence more than the parties ask for”. That is, the two years accepted by the convict who got rid of the process.

“The problem is that it’s not a fact that affects only one person, it’s not just a crime in the private sphere, it goes further, it’s about the public interest,” says the president of the Association of Women Lawyers Themis, Pino de la Nut. It is the same argument pointed out by the President of the Chamber, Pedro Molero, who particularly voted against the verdict at the execution last May: “We are not in a private sphere, but in a sphere of public interest, where values ​​are compromised, very important, especially the general of any society to prevent the commission of crimes like the one convicted, and the particular of the defense and protection of women and their capacity to make decisions”. Furthermore, other legal sources indicate that the prosecutor and the judge could have introduced pre-existing formulas to avoid the re-victimization that a trial with the potential to be very medial indeed can bring. Women can be protected by testifying via videoconference with the help of specialized psychologists, avoiding visual confrontation with the accused and taking measures to protect their privacy.

The specialists consulted, including two prosecutors, confirm that in the case of sex crimes, settlement agreements are usually made when the victim is a minor – especially if they are young so that they do not have to relive what happened – or when it is hardly tangible Evidence where it all ends up being condensed into the defendant’s and victim’s versions, with no other witnesses or medical evidence. Others believe the settlement in this case could be because the crime being judged is semi-public and must be reported in order to be prosecuted. Thus, prosecutors could have accepted a reduced sentence of up to two years – in addition to disqualification and compensation – given the possibility that the victim would withdraw the charge. “Nevertheless, the actions of the public prosecutor’s office are still incomprehensible,” according to legal sources.

Abuse instead of sexual assault

Both police officers are convicted of sexual abuse, not sexual assault. Article 181.3 of the Penal Code, which contemplates abuse, states that “if it involves carnal access through the vagina, anus or mouth, or the insertion of body parts or objects by either of the first two routes, the responsible person shall be punished shall be punished with imprisonment from four to ten years. In other words, in this case, each of the accused should have been sentenced to at least four years in prison, despite the abuse. Various sources point out that the fact that Judge Molero disagreed with the verdict with a dissenting opinion shows how controversial the solution was. It’s also disputed that, in order to achieve conformity, they changed crime types, moving from sexual assault – which is why prosecutors originally asked for 30 years – to abuse, according to a consulted judge who asked to appear unnamed. “It’s like turning a murder into an injury to reach a settlement,” says this source. “Certain tools were used to mathematically leave these subjects on the street,” adds a criminal law teacher.

And what are these instruments? One is that the judgment – which was dictated on the basis of the agreement between the parties – considers the payment of civil liability as a mitigating circumstance. The court sees the fact that the convicted person paid the 80,000 euros in compensation as “very qualified repair of the damage”. This mitigating factor makes it possible to reduce the penalty for a crime – in this case, that of abuse, from 4 to 10 years – by a grade or two less, which here meant reducing it to two years in an exercise in “legal technique”. left defined by one of the consulted sources. However, this mitigating circumstance is one of the factors that the President of the Eighth Section precisely challenges. “Nothing is further from reality,” says Molero, who adds that the money was not paid by the convicts but by their parents.

“The message is also being sent that aggression and violence against women’s bodies will be solved with money. It’s serious and worrying because it’s hard to believe that other crimes can only be solved with an economic payment,” says Miguel Lorente, professor of forensic medicine at the University of Granada and government delegate for gender-based violence between 2009 and 2011. “Tomorrow there is a rape and the accused may think: nothing is wrong because it is a matter of money to get away with it,” emphasizes the expert. “The sense of impunity it creates on a social level is very serious,” stresses Pino de la Nuez.

The various specialists called in say that several possible aggravating factors should have been taken into account in the punishment. The first, abuse of superiority. The verdict contains as proven facts that the agents had two encounters with the victim. “When the two accused approached the three young men for the first time [la víctima y dos amigos, en un control de alcoholemia de madrugada] they were uniformed, on duty, in an official vehicle, and performing the functions of their position.” They later showed up to the young woman in uniform without the victim requesting their presence, and one, according to the verdict, “penetrated from the situation of superiority that her her police status gave,” vaginally. If this aggravating circumstance had been taken into account, the abuse penalty should have been set at more than seven years in the upper range.

The aggravating factor of environmental intimidation could also have been taken into account. “The intimidation situation is so great and objective that even the other girl who was in the house runs out of the house to ask for help,” says Lorente. The third would be the priority of public office, as – as the verdict proves – the girl was confused because she didn’t even know how to say no to two police officers who had come to her house.

No risk of recurrence?

A further debate arises about the granting of the sentence by the court, which does not believe that the convicted person is at risk of recidivism. However, Pedro Molero’s dissenting opinion contained in the document reflects that “it was reasonable to refuse to suspend the execution of the sentence imposed”, precisely because it cannot be ruled out that the convicts will again act as they did in the Have done summer 2018 in Estepona. There is “absolutely no data that allows for a low probability prognosis that any of the convicts will commit acts of a similar nature in the future,” writes Molero. Miguel Lorente also believes relapses are possible because sexual violence “is an issue of power, not gender.” “The aggressor isn’t looking for a relationship, he’s looking for the satisfaction of a power relationship through sex,” insists the coroner, who believes that the sex education course the convict will be taking is useless for that reason. “To believe that this will correct some of what happened is to believe that we are fools,” he insists. “For these gentlemen, to call them that, sex ed isn’t going to help at all,” they insist to Themis.

Other sources believe the suspended sentence should never have been imposed because members of the Eighth Section had to take a number of “important dates” into account. One of the most important is that the authors are two uniformed police officers. “It is an attack on the victim’s sexual freedom, but they are also compromising the state with their actions. The prosecution should not be satisfied with this sentence, let alone the suspension. I think they go too far,” says a criminal law expert.

Finally, the President of the Themis Association of Women Lawyers believes that the case shows that the justice system has not yet been able to adequately and effectively deal with victims of sexual violence. “These events change the lives of the victims, they are not the same people anymore, they bring trauma. And the process continues to be an ordeal that lasts for many years, forcing them to relive what happened over and over again,” explains the maximum Pino de la Nuez. Almost four years have passed from the night the events took place in June 2018 until the events were due to be brought to justice last April. “And the only thing victims want is a faster, more operative and fairer justice system,” he says.