The company that Ayuso’s brother received from collected one million euros for the masks, which had cost him 500,000 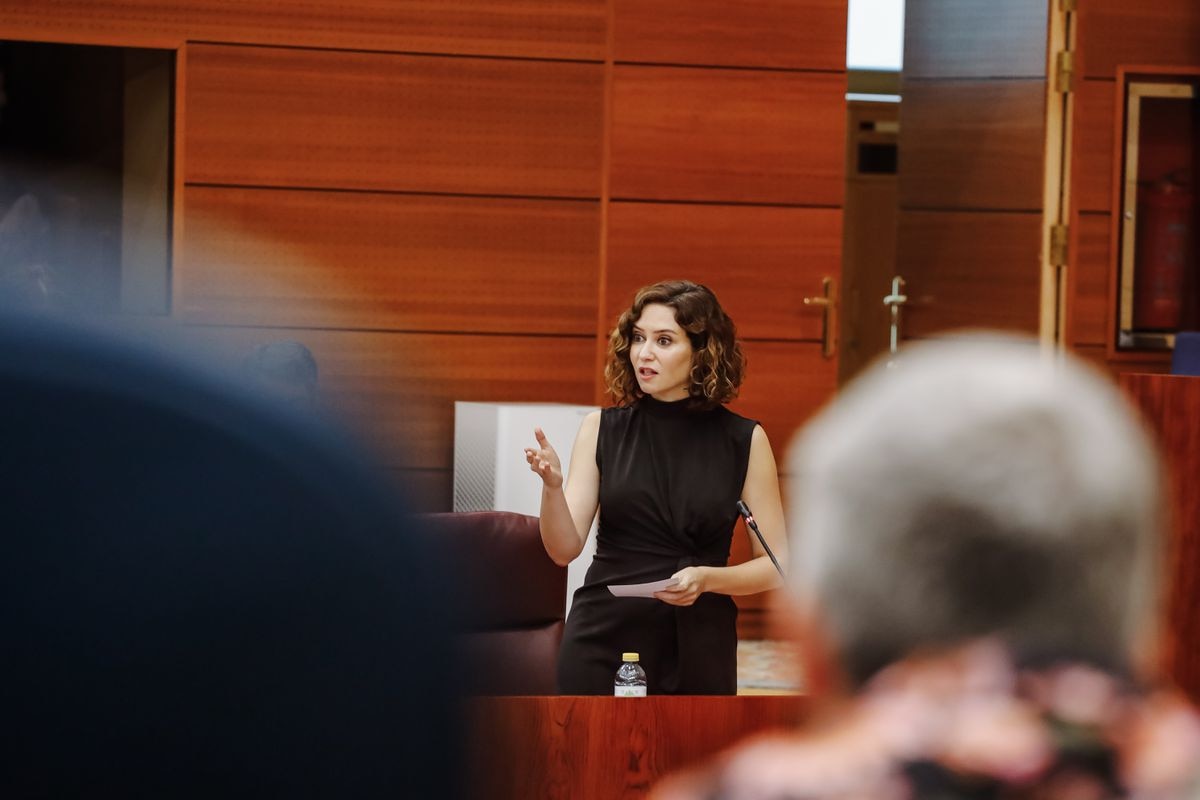 The company from which the brother of the President of Madrid, Isabel Díaz Ayuso, received almost one million euros in profit from the purchase of the 250,000 masks he sold to the community of Madrid during the most critical phase of the Covid -19 pandemic. According to documents provided to the Anti-Corruption Prosecutor’s Office by the company that Tomás Díaz Ayuso worked with, Priviet Sportive, in April 2020 the company paid just over half a million euros to buy the 250,000 masks in South Korea and brought to Spain for more than one and a half million euros to the state government. The dates of payments by Priviet Sportive and the community are included in the decree signed this Thursday by the head of anti-corruption ordering the files of the investigation open since March regarding the contract benefited by the brother of the President of Madrid.

According to Daniel Alcázar, the owner of Priviet – a friend of the Díaz Ayuso family – this company paid 480,170.30 euros for 250,000 FFP2 masks to the Korean company K Beauty & Media. The purchase was paid in two payments on April 2, 2020, one of 240,122.66 Eros and another of 240,047.64. To these costs Priviet had to add the air transport to bring them to Spain, 76,871.13 euros. The masks were collected at Madrid Barajas Airport by the Procoex company, with which the collection and delivery of the material had been commissioned for 6,501.24 euros in Pavilion 10 of the IFEMA Hospital, a job done in two days (17 20) . In total, Priviet Sportive spent 563,542.67 euros on the purchase, transport to Spain and delivery of the masks to the Autonomous Community of Madrid.

This operation left Daniel Alcázar’s company a profit of almost one million euros (948,957.33), according to data included by the head of the anti-corruption agency in the filing decree stating that on June 27, 2020 Priviet Sportive the received payment for the masks through a transfer of 1,512,500 euros ordered by the General Administration of the Autonomous Community of Madrid. From this money, Tomás Díaz Ayuso received a commission that the prosecutor estimates at 234,203.52 euros: 175,000 from the work carried out for Priviet on various offers, including the one investigated in this case; and 59,203.52 euros of a bonus agreed for obtaining the mask contract with the Community of Madrid. Isabel Díaz Ayuso pointed out that her brother charged 55,850 euros plus VAT to get the masks from China. The head of anti-corruption sees it as proven that the President’s brother has been commissioned to do his work for Priviet, “which consists in bringing added value to the public through his knowledge of healthcare management and the healthcare market, suppliers and potential Business process of this company to create customers as well as the qualities and specifications of the products in demand”.

The support unit of the General State Intervention, assigned to the fight against corruption, has consulted in the public sector contract platform other contracts for the supply of FFP2 masks from the Madrid Health Service, between March 13 and 30, for more than 100,000 euros. Of the 37 contracts found, the one signed by Priviet is the one with the fourth highest price per mask (five euros plus 21% VAT). The average price per mask on those days was four euros (excluding VAT), according to the anti-corruption letter, but the State Ministry downplays this data and warns of the “remarkable difference in price”, which ranges from 1.24 to 1.30 euros per mask , like the one contract signed on April 9, 2020 with 3M Spain, up to 6.50 euros per mask in the contract signed on March 30 with Palex Medical. The prosecutor Alejandro Luzón assures that this price dispersion is not justified by the date of purchase, the delivery time or the quantity of masks purchased. “This gives the impression that the Madrid Health Service was trying to acquire the largest possible number of masks within ranges that spanned a wide range of prices,” says Luzón.

After a three-month investigation, the head of the anti-corruption agency has the investigative file and concludes that Ayuso “did not intervene in the process” because the Governing Council “is not a treaty body in the Autonomous Community of Madrid.” In addition, the prosecutor claims that the President of Madrid did not use her position to influence the acceptance of Priviet Sportive’s offer, since, according to Luzón, it has been proven that all the witnesses who intervened in any way in the processing of the file Von Summoned by the public prosecutor’s office to testify, they assured that they had received no “tip, call, recommendation or suggestion from any authority or official interested in this contract or the Priviet company”. The Ministry of State has also found no evidence that the various administrative authorities that intervened in the contract “followed a procedure different from that established by law when purchasing Priviet’s masks, nor that this company received any preferential treatment” and believes “significantly” that the community has rejected two other batches of masks offered by the same company, considering the inflated price and refusing to make part of the payment, as requested by Priviet.

“In short,” concludes the prosecutor, “Tomas Díaz Ayuso offers a coherent explanation for his intervention in the process of selling the masks, based both on the documentary material presented by his representative and on the various witnesses who testified in it Procedure. This history is not overshadowed by the hypotheses of the complainants, who, having carried out the above procedures, have not crossed the threshold of mere suspicion or conjecture, which does not allow even preliminary progress to be made on an incriminating thesis.

The file decreed by Luzon implies the completion of the investigations carried out by the Spanish Public Prosecutor’s Office, which focused on the crimes of influence, subterfuge, prohibited negotiations with officials, fraud and untruth. The Head of the Anti-Corruption Agency does not decide on possible offenses of embezzlement, fraud against the financial interests of the EU and bribery, as these are investigated by the European Public Prosecutor’s Office.

The sale of masks to the community of Madrid, from which the president’s brother benefited, was the origin of the internal crisis of the PP, which led to the departure of Pablo Casado and the convening of a congress where Alberto Núñez Feijóo became the party’s new president. Although the complaint underlying the prosecutor’s investigation was filed by the opposition groups in the Madrid Assembly (Podemos, PSOE and Más Madrid), it was Casado and his secretary-general, Teodoro García Egea, who sowed the first doubts about the President to whom they accuse of “not exemplary” behavior. Ayuso won the political battle, but the prosecutor’s investigation was still pending. The anti-corruption file underpins his victory, subject to the findings of the European Public Prosecutor’s Office, which is keeping investigations open into the possible diversion of European funds (the masks were paid for with federal funds).