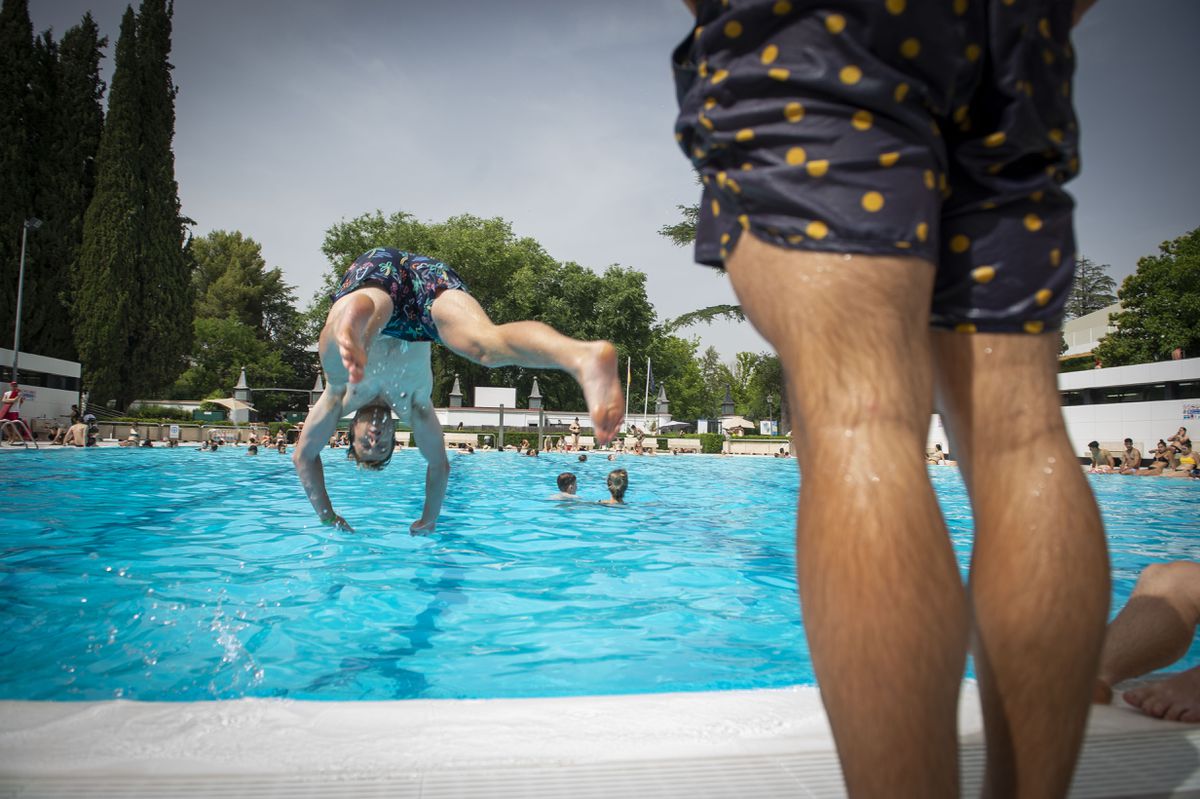 A day after the Minister for Culture and Tourism, Marta Rivera de la Cruz, had to apologize for the fact that the regional swimming pools remained closed in the middle of a heat wave, the Autonomous Community of Madrid has announced that the opening will be brought forward to this Saturday. The date is a week ahead of schedule, which was June 24, coinciding with the end of the school year. The facilities can be used from this Saturday every day from 11:00 a.m. to 8:00 p.m. until September 11th. This means that the swimming pools of the Canal de Isabel II sports complex, those of San Vicente de Paul and that of the Puerta de Hierro sports park (the largest open-air in Europe) will be available from this weekend. .

Tickets are sold exclusively via IInternet, can only be purchased up to full capacity on the same day of use. In total, from this Saturday, 5,409 people will have access to these three pools, whose capacity in the case of Puerta de Hierro is 4,628 users; 567, on the Canal de Isabel II; and 214 in the swimming pool of San Vicente de Paúl.

“It’s true that the heatwave should have brought this opening forward,” Rivera de la Cruz said Thursday, claiming “it didn’t happen because the staff legally entered work on June 24.” “We’re doing everything we can to bring it forward, even if it’s 24 hours before. It’s not easy because of the lack of staff,” he assured in response to a question from the opposition in the plenary session of the Madrid Assembly. In addition, the government adviser to Isabel Díaz Ayuso took the opportunity to promise that next year’s openings “will be brought forward to early June”. “I would like to apologize to the citizens affected. I apologize for this and promise that nothing similar will happen next year,” the counselor concluded.

The push to open pools and the government’s apology comes after a week of high temperatures that has seen municipal pools inundated with requests from users. This has even made it necessary to increase the capacity of some, such as that of Arganzuela, where the reserve is located on-line it sells out in minutes almost every day. It’s not the only one. The balance of the first month with open swimming pools is 102% more capacity than in 2021, according to municipal data. Last weekend, for example, 10 of the 15 open swimming pools were sold out. The percentage of reservations reached 91% of the total places offered. And all without the heat wave of these days.

Great Upcycling: These pools were once shipping containers