The coalition carries out airstrikes against threat sources in Sanaa and Hodeidah, Yemen. 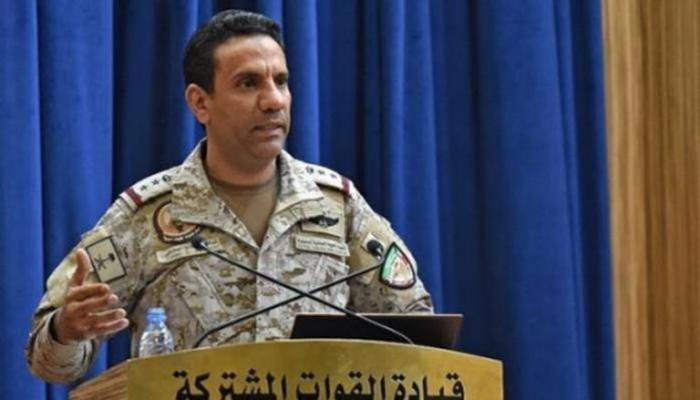 The Arab coalition in Yemen, led by Saudi Arabia, announced on Saturday that it is carrying out airstrikes against the threat sources in Sanaa and Hodeidah in Yemen.

The spokesman for the coalition forces, Brigadier General Turki Al-Maliki, confirmed that the military operation will continue until its objectives are achieved.

The coalition had disclosed the start of a response operation to neutralize oil facilities or affect energy security.

He stressed that the goal is to protect global energy sources from hostile attacks and secure supply chains.

The coalition said its forces exercised the highest standards of restraint in Houthi attacks on oil facilities.

On Saturday, the Arab coalition announced the interception and destruction of two drones, launched in Yemeni airspace, towards the Kingdom.

The coalition said the two booby-trapped drones were launched from civilian objects and oil installations in the city of Hodeidah.

The coalition called on civilians not to be present or near any oil sites or facilities in Hodeidah, Yemen.

“We will deal with the sources of the threat and avoid collateral damage to civilian objects and oil installations,” the coalition said in a statement.

This occurs when the Arab coalition considered that the organizations’ silence about attacking civilians using protected sites places them with a moral responsibility.

The Secretary General of the League of Arab States, Ahmed Aboul Gheit, condemned the Houthi attacks on oil installations and infrastructure in Saudi Arabia.

League Secretary General Ahmed Aboul Gheit said the continuation of Houthi attacks is a threat to energy supply at a time when the international economy is going through a delicate circumstance.

- Advertisement -
Share
Facebook
Twitter
Pinterest
WhatsApp
Previous articleSaint Peter’s does it again, surprising Purdue and proving ‘more is possible’ in March Madness
Next articleWilliam suggests that the monarchy will respect any decision to become a republic