The Civil Guard is asking for help to stop two armed robbers, dangerous and involved in eight gas station attacks in a row 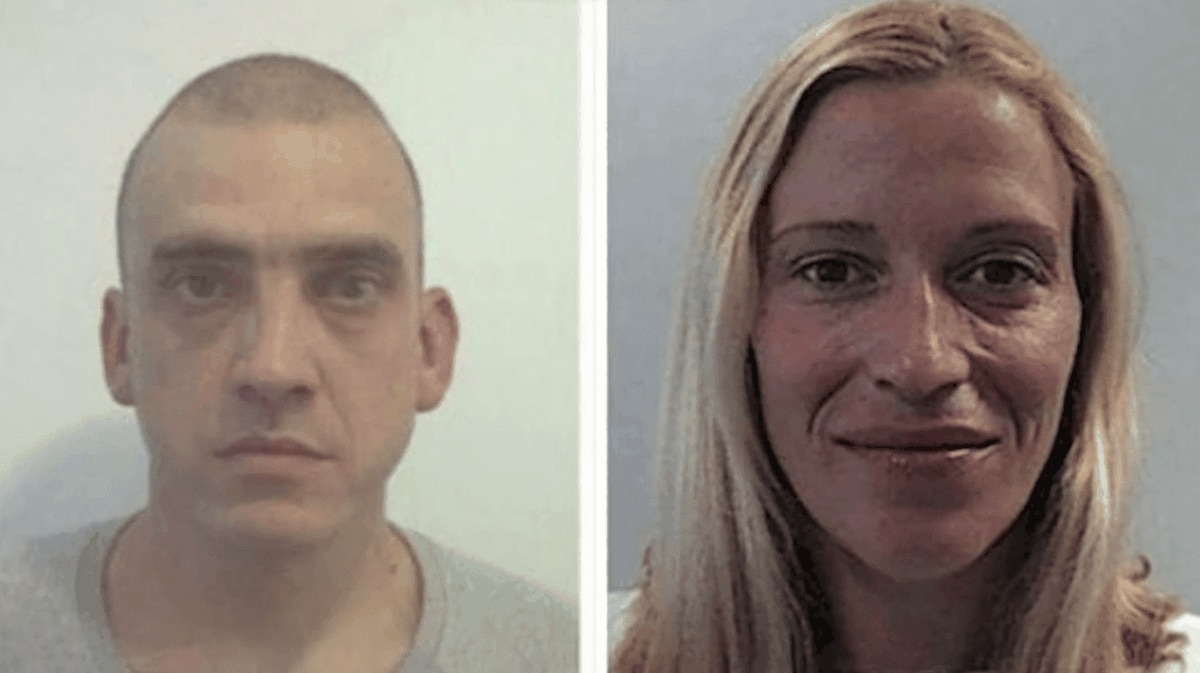 Barely two weeks in Spain, they’ve already become famous for their misdeeds. The Civil Guard has asked for help to stop a couple of Portuguese robbers who have struck four times, with uncovered faces, at as many petrol stations in Seville, Badajoz and Toledo, causing a road accident. The criminals have been identified as Nélida Guerreiro, 40, and Sidney Martins, 42, who fled their native Portugal on July 28 after attacking four other petrol stations in the Algarve in the days before entering Spain. It is now believed that they are on their way to the border with France, as they were near Madrid two days ago. The Armed Institute warns that they are dangerous and are armed at least with a pistol and a large knife. Both were acquitted in 2019 of murdering a man a year earlier. They are being investigated for their alleged involvement in other crimes in the Bragança area, much further north, where they both lived.

The couple entered Spain via Huelva on July 28, the very same day they used violence and intimidation to rob a petrol station in Faro, some 40 miles from Ayamonte, where they attacked staff with a knife and a short weapon intimidated. They had previously committed another robbery in Almancil, still in the Algarve, and two others nearby. In all cases, they managed to escape and set foot in a stolen car. Since crossing the line, they haven’t stopped: they’ve hit another four punches.

The first robbery in Spain was perpetrated on July 29 in Huevar de Aljarafe, in the province of Seville, at a petrol station, which caught them escaping. From there they took the road north but held onto the Portuguese line to mount another attack in the capital of Badajoz on 4 August and repeat it two days later on Day 6 in the town of Talavera la Real in Badajoz. The last known coup is the one perpetrated at the Repsol petrol station in Cazalegas, in the province of Toledo, at km 103 of the A-5 (Madrid-Extremadura).

In this latest robbery, which was committed at 3:15 p.m. last Monday, the robber pointed a gun at one of the employees, who was eventually locked up in a gas station unit. The couple fled but suffered an accident on the AP-41 highway in Carranque, still in the province of Toledo and on the outskirts of the Autonomous Community of Madrid. Then they got out of the Citroën Xsara with which they had entered Spain. You haven’t forgotten the loot.

Regularly on the news and couch shows in Portugal this summer, the chain of crimes of this criminal couple has made the faces of both famous, especially hers, who has been very active on social networks for years. The two rose to fame in 2018 when they were accused of killing a 70-year-old man, Victor Horta, in São Bras Alportel in the Algarve, but were acquitted by a court in Faro a year later.

The Portuguese press assured that the couple went to the north of the country, where Nélida Guerreiro spent several seasons in the cities of Vinhais and Bragança. The SIC channel assures that the robbers robbed the homes of immigrants in these Portuguese cities and that both had a son who is now under guardianship and separated from his parents. Precisely in Bragança, the discovery of two dead men, father and son (José and Carlos Pires), on July 19 in a house in the Donai area, after a fire broke out in the house, is being investigated. On the 10th of the same month, a woman, Olga Pires, wife and mother of the aforementioned, was found dead in the same house. All three had stab wounds, the Policia Judiciária reported. The couple had a history of drug dealing.

The Civil Guard, which has not confirmed whether those wanted are linked to these three deaths, have asked citizens if they can provide information that would allow the fugitives to be arrested, called 062 and not involved. Nélida and Sidney are armed and dangerous.

Previous articleBuy Samsung Galaxy Z Fold 4 and Z Flip 4: these are the best pre-order offers
Next articleBull: the last episodes will be broadcast on German pay TV