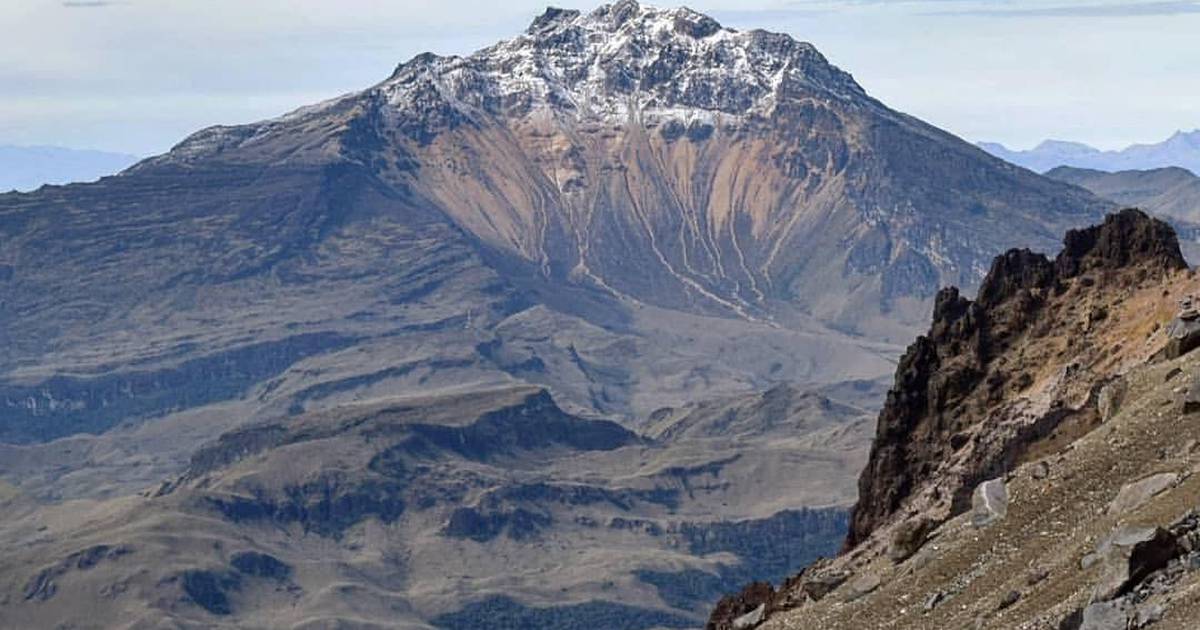 The Chiles-Cerro Negro volcanoes are located on the border between Ecuador (province of Carchi) and Colombia (department of Nariño), at distances of 25 km west of the city of Tulcán and 130 km north from Quito. There is concern in the country because since last Monday there have been earthquakes in San Gabriel and also seismicity in these elevations.

Access is via two main roads, one from Chiles in Tiuquer in Colombia, and another from Tufiño in Maldonado in Ecuador; in the ascent to the highest parts, it is carried out by numerous paths taken by the inhabitants of the region.

The Geophysical Institute of the National Polytechnic School indicates that the Chiles-Cerro Negro volcanic complex is built on the Western Cordillera of the Andes. “The products of the activity of this complex are found on volcanic products of Pliocene age which cover a metamorphic basement of the Western Cordillera (Succession of volcanic and sedimentary terms affected by low-grade polyphase metamorphism, belonging to the Ophiolitic Complex) . The current construction of Chiles is basically composed of several episodes of lava flows and of the Cerro Negro volcano by lava and pyroclastic flows”.

The current activity of this volcanic complex is reduced to the presence of a predominant seismic activity and is externalized in the presence of hot springs and solfataras, indicates the IG.

The historical investigations carried out conclude that there are no historical traces of eruptive activity of these volcanoes according to the IG.

The current activity of this volcanic complex is expressed in the presence of hot springs and solfataras. On the Ecuadorian side of Chile is a seismological station that recorded activity a few years ago.

Between November 2013 and May 2014, the surroundings of the volcanic complex suffered many long period earthquakesvolcanic in nature. Since then, it has been monitored by the Geophysical Institute of the École Nationale Polytechnique.

- Advertisement -
Share
Facebook
Twitter
Pinterest
WhatsApp
Previous articleContradictions, secrecy and mastery: the story of Balenciaga becomes a series
Next articleJosep Carreras: “I hope to be the one who decides when I will offer my last performance”