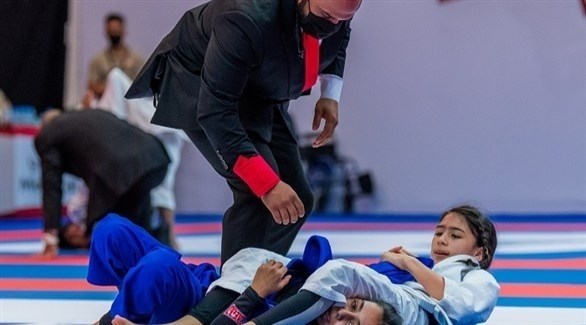 The Emirates Jiu-Jitsu Federation announced the organization of the second edition of the Jiu-Jitsu Challenge Festival for the current year, which includes a challenge tournament for the bud and puppy categories for the ages of 4 to 15 years, on March 26 and 27, at the Jiu-Jitsu Arena in the capital, Abu Dhabi, with the participation of hundreds of players from different countries, clubs and academies.

This edition is expected to take advantage of the great success of the first edition of the festival last February, amid a great demand for registrations, which closes on Tuesday night.

In this context, the Secretary General of the Emirates Jiu-Jitsu Federation, Fahd Ali Al Shamsi, confirmed that the Federation, in its last board meeting, identified the most outstanding features of the next phase, which will be one of the most important. pillars of investing in the shoot and kids category, and designing programs and tournaments that help hone their talents and prepare them to enter the world of professionalism, organizing tournaments and festivals specifically for them and in accordance with best practices.

He added that the Jiu-Jitsu Challenge Championship coincides with the federation’s vision of building a strong generation, especially as the first edition of the tournament, held last month, witnessed exceptional competitions for shoots, which were won the admiration and praise of the fans in the stands, during which the players demonstrated physical and mental abilities in the face of the simplest fights, which calls for optimism and pride in this promising generation, and we will continue to harness all the necessary capabilities to develop the capabilities of future champions.

Al Shamsi pointed out that a large number of hundreds are expected to participate in this great festival, which reflects the importance and position of the championship in the country’s jiu-jitsu community, and among the families and families that play an important role. in contributing to the realization of the union’s vision by urging and encouraging their children to play the game and professionalize it.

The balance stage for the competitors begins on the first day of the tournament in two periods, on Friday, March 25, between 4-6 pm, and on Saturday, March 26 in the morning, between 8:30-10, and the Competitions will start at 11 am. .

As for the balance stage for the competitors of the second day of the championship, it will be carried out according to the same mechanism used in the competitions of the first day in two periods, which is on Saturday, March 26, between 4 and 6 a.m. the afternoon. or on the morning of Sunday, March 27, between 8:00:10-30, with competitions starting at 11:00.

The festival will offer a variety of activities and entertainment events for families attending the tournament, including games and recreational activities for families, and a dedicated food outlet area for a group of leading hotel brands.