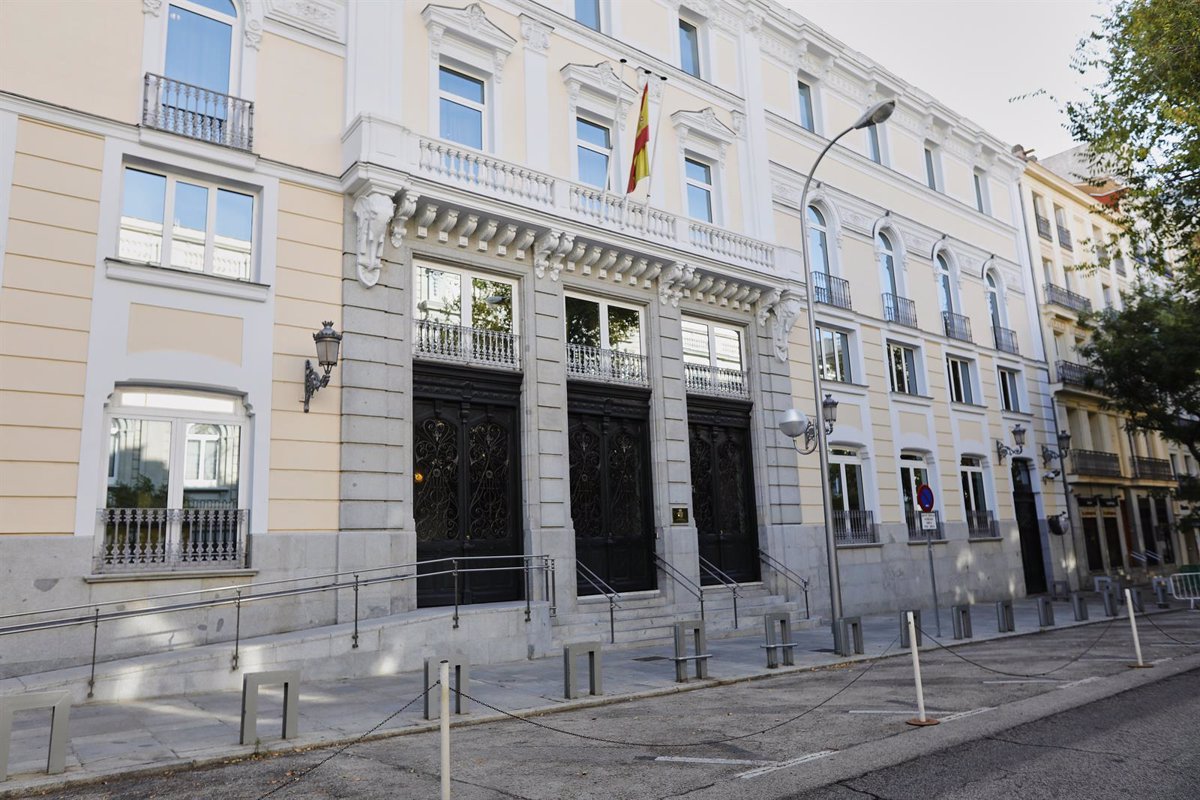 The Standing Commission of the General Council of the Judiciary (CGPJ) has ruled out granting protection to the judge of the National Court, José Ricardo de Prada, for the publications in different media and recalls that the judges cannot remain immune from the exercise of the right to criticism, which protects freedom of expression and information.

Legal sources have advised Europa Press that the panel of judges believes that the circumstances and requirements that achieve sufficient virtuality to achieve the disruption of judicial independence in the editorials to which the judge alluded do not coincide .

In this context, the CGPJ considers that the information about the judge are subjective assessments made by journalists exercising the right to freedom of expression and which in no way have sufficient characteristics to influence the way in which the right exercised by journalists is a member of the judiciary.

In any case, the Standing Commission expresses its unconditional support for members of the judicial career and says that their work, while open to criticism, should be governed by principles such as moderation, proportionality and respect for people.

All this, they add, while persistence in this criticism can provoke situations of intense unrest, which, according to them, require the adoption by the CGPJ of measures aimed at preserving and protecting the independence of judges and prosecutors.

Several of the recent decisions involving De Prada have not been without controversy. On June 3, the First Section of the Criminal Division of the National Supreme Court signed an order, of which De Prada himself was the rapporteur, stating that forgiveness is “not at all a legal requirement” to grant permission to an ETA detainee, but rather a “Indication” of “good prison development”, which can also be derived from other elements.

Also causing a stir in early May was the National High Court’s decision to acquit former ETA leader Juan Carlos Iglesias Chouzas, aka “Gadafi”, for the murder of a deceased Civil Guard agent in a Bilbao neighborhood after he shot him five times in the back became.

In that sentence, the Second Section judges alluded to the ECtHR’s Atristain judgment, which concluded that the right of access to a freely appointed lawyer was restricted at the pre-trial stage without giving sufficient and relevant reasons for that restriction, which was it was not based on an individual assessment of the particular circumstances of the case, but on a reasoning of a general nature and because it was mandatory by law.

“FREEDOM OF SPEECH IS NOT UNLIMITED”

However, the approval of the Permanent Commission denying protection to De Prada has votes against members Álvaro Cuesta, Rafael Mozo and Pilar Sepúlveda, who have announced the formulation of a specific vote.

In the same, accessed by Europa Press, the three judges assert that the above information “shows that this is not an isolated and isolated fact, but the repetition of a disqualifying attack on Judge De Prada’s judicial activity.

“The comments and insinuations contained in these publications not only seriously affect his professional liability, but also attack his judicial independence, that of the other judges who made up the court that issued the orders, and even that of any judge who sees the need to apply the same jurisdictional criteria used in the resolutions that led to this particular vote,” they affirm.

In this line, the judges emphasize “that freedom of expression and public censorship of judicial decisions are not unlimited”. And it is, they continue, “to assess its legitimate exercise one must take into account the unique position of the judiciary in the constitutional state”. “The judge – who expresses himself as such only through his decisions – lacks the ability to live up to his professional honor for obvious reasons of restraint, prudence and restraint,” they emphasize.

In his view, “excessive and unfounded criticism of judges in the performance of their duties can damage not only their professional reputation but also their trust in the judiciary.”

“Consequently, we find no justification in the Standing Commission’s approval that, without even making a public statement in defense of the professionalism of the judge requesting Amparo and his independence, if instead the admission to the processing of the request for Amparo is made by judge José Ricardo de Prada Solaesa”, they conclude.