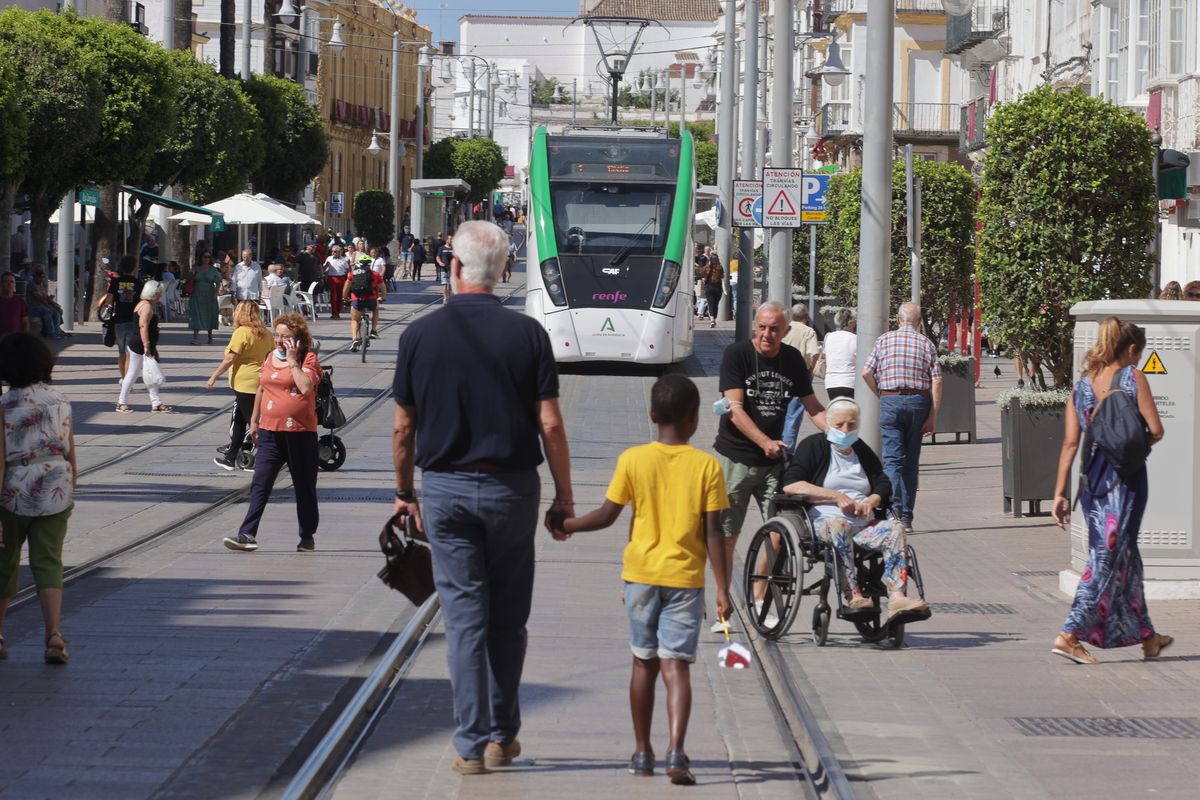 Residents of the city of San Fernando in Cádiz are already used to the comings and goings of the tram being part of the usual landscape of Calle Real, the city’s main street. It’s another thing to ask them if they think they can finally use it. “It seems that this time it will be the final one,” laughs Pepe Aroca, spokesman for the platform of associations in favor of public transport Conexión Bahía. Aroca’s cautious illusion is not without reason. The Bahía de Cádiz tramway will be inaugurated this summer on a date to be determined, after almost 20 years of work and ten years later than the first scheduled date. The tortuous journey to build 14 kilometers of roads that will connect Chiclana, San Fernando and Cádiz has cost more than 267 million, almost double the first budget announced at the outset.

During these two decades, the TRAMBahía (according to its recently approved commercial name) has faced work stoppages, inter-administrative battles, court judgments against them – accounts for the expropriation of some land -, the change in political persuasion of the board itself, and to the point of the uncertainty whether it could drive through part of the originally planned train tracks. So many obstacles have turned the tram into such an uncomfortable photo that even the deputy minister of the Ministry of Public Works, Infrastructure and Regional Planning, Mario Muñoz-Atanet, acknowledges that “the feeling” about this project is that “the people not I don’t even know, believe it”. And just in case, the politician avoids committing to a specific inauguration date, only pointing out that it will be “this summer when it goes live”.

When this happens, the TRAMBahía will be the first train-tram in Spain to run part of its route – 10 of the total 24 kilometers – on a railway line that also carries medium and long-distance trains. You have to go to other parts of Europe, like Germany (Karlsruhe and Bassel) or England (Manchester) to find other similar examples, the ministry points out. It was precisely this hybrid nature that brought an extra bonus of tortuosity to the project, as it required a special agreement with the Department of Transport and alignment with the railway safety regulations applicable to conventional railways. “It’s complex, pioneering in Spain, but it’s also true that it’s been delayed,” explains Muñoz-Atanet.

The first step for the Bahía de Cádiz tram was taken in 2003 with the preparation of the first studies by the then socialist Junta de Andalucía. The first work did not begin until 2006, which was initially announced with a budget of 140 million euros without rolling stock. At that time, the political leaders of the time set the commissioning date for 2012. But the will was not enough, “and the work did not progress,” recalls the deputy minister, who was outside the project at the time. The inauguration announcements – spiced with photos and press trips – have come through the years, despite long interruptions such as those suffered in 2016. “When we arrived in 2019, 25 contracts were missing to complete the commissioning, an investment of 31.5 million plus another 31 million vehicles,” explains Muñoz-Atanet.

The delays were so notorious and sometimes so inexplicable that the Junta de Andalucía had to repay part of the 49 million euros it had received from the European Union. Meanwhile, the cities affected by the paralysis have become accustomed to living first with a construction site landscape and later with roads and streets groomed with overhead wires, tracks, stops and signs, but no trams. “We have not yet reached the case of Jaén – work stopped there because of political struggles – but it has been a long time in the case of Cadiz: economic, political and social problems. It’s finally over. We are looking forward to the start,” explains Aroca.

On the day the TRAMBahía begins to receive its first passengers, it will directly reach 234,000 potential users within 1,000 meters of any of the 21 stops and stations. The tour takes approximately 35 minutes to cover a full route through the central streets of Chiclana and San Fernando before terminating at Cadiz train station. In addition, the new means of transport will be integrated into a consortium that already manages buses, catamarans (between the capital El Puerto de Santa María and Rota), bicycles and where, since June 1st, the tariffs have been integrated into the Cercanías. “We estimate demand at three million travelers per year. The consortium now has five million,” emphasizes the deputy minister. Aroca, a railway worker by trade, is also optimistic and believes in “a great mobility success”. “It will take a lot of individual traffic off the streets,” he adds.

The slow pace of development of the first line of the TRAMBahía has raised doubts about the construction of the second route, which should give the project its full meaning, connecting the route already built to the south with the cities located to the north-east: Puerto Real, El Puerto de Santa María, Jerez de la Frontera and La Parra provincial airport (connected to the capital by the Cercanías that also pass through San Fernando). To make this new phase a reality, an even greater width was built on the deck of the new Constitución de 1812 bridge, inaugurated in 2015. However, Muñoz-Atanet does not clarify whether the board will complete the original idea that the tram would carry to the more than 630,000 residents living in all the locations mentioned in the bay: “Our idea is to make it operational take and evaluate its usefulness. See how the demand is developing. We don’t have to rule anything out if the model works.”